Photo by John Bolton CUTigers.com
BOX SCORE
CLEMSON, SC - Santa Claus made a halftime appearance to the delight of the few hundred school children occupying the student section at Littlejohn on Tuesday night, one week before Christmas. Eli Thomas scored 25 points, one shy of his career high, with 14 rebounds as the Tigers rolled over Charleston Southern 78-51. Southern's coach said it was the best defense he's seen this season, and they've played some very good teams, including Florida and Marquette. Southern also only lost by 7 at Furman, which is now in the rankings with an undefeated record and a huge win at Defending National Champ Villanova. Furman also beat Loyola-Chicago this season, so they have wins over 2 Final Four teams from last year, including the champ. 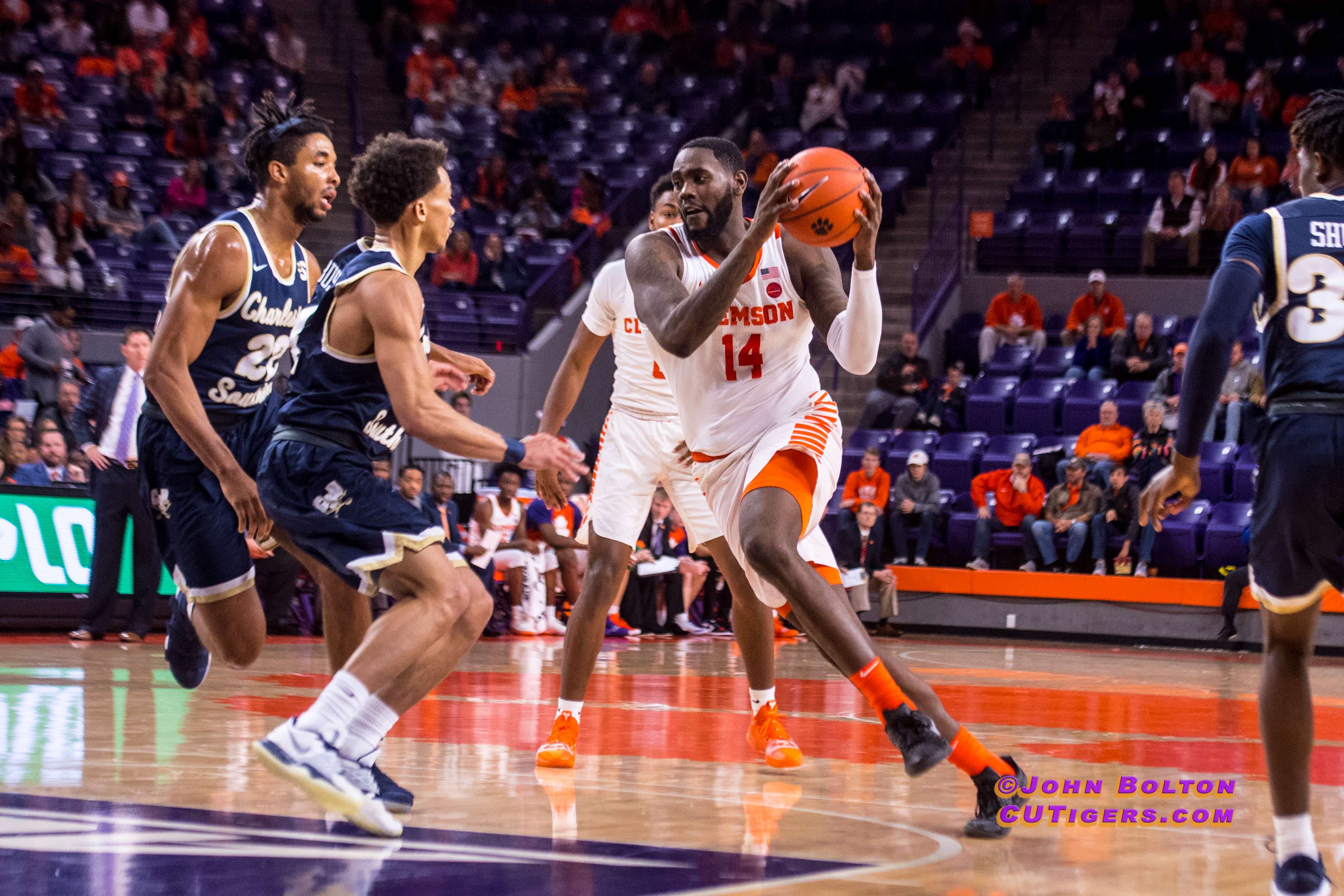 The Tigers improved to 8-3 with some much-needed momentum headed into their game against the Gamecocks in Columbia on Saturday. It was an impressive 27-point win without leading scorer Marcquise Reed, who missed his third straight game with a sprained left knee. Shelton Mitchell scored his 1,000th point as a Tiger, and Brad Brownell passed Bill Foster for second on the all-time Clemson win list.

The Tigers had an 8-point lead at halftime, thanks to Thomas's 19 first-half points. Aamir Simms scored 11 points with 3 three-pointers in the first 3 minutes of the second half, and the Tigers quickly grew their lead to 26 points, never looking back.
Post-game interviews with Brownell, Thomas and Simms are below, as well as highlights! The annual Palmetto State rivalry game between the Tigers and Gamecocks will tip off at 2:00 on Saturday in Columbia and airs on ESPN2.