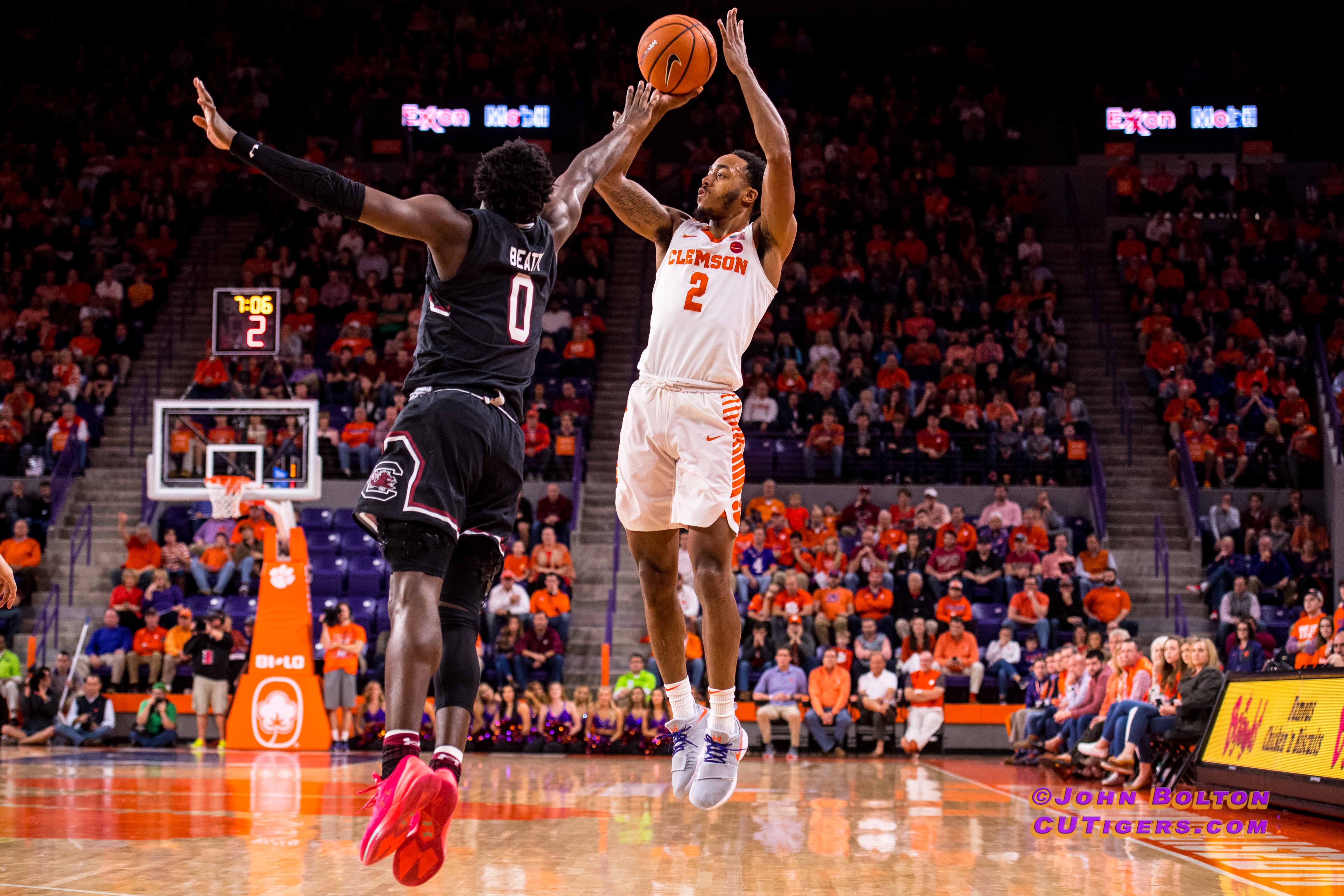 Photo by John Bolton CUTigers.com
BOX SCORE
After missing three straight games with a sprained left knee, Marcquise Reed told Brad Brownell during warm-ups that he wanted to give it a go. He looked like he hadn't missed a day, scoring 20 points--just over his season average--in 29 minutes of play.
The game was back-and-forth until late in the first half when the Tigers took an 11-point lead into the locker room. Eli Thomas picked up 2 early fouls and played just 3 minutes in the first half. He finished with 11 points in just 18 minutes. The Tigers had five players score in double digits, with 14 from Skara, 11 from Mitchell and 10 from Trapp, who got the start in Reed's place. The Tigers shot 40% from beyond the arc and 72% from the free throw line, which helped overcome 21 turnovers, which had to be the biggest disappointment for Brownell. The Tigers turned the ball over 22 times in their last win over Charleston Southern. That is something they'll need to clean up, but having Reed back is huge for the Tigers. If they can keep everyone healthy for the rest of the season, they will be a factor and a regular in the national ranks.
The Tigers are now 9-3 on the season and riding a 3-game win streak. It was their third straight win over the Gamecocks, who drop to 4-7 this season. The Tigers host Lipscomb at 3:00 on December 30 before beginning ACC play at Duke on January 5.