DAVIS SHARPE HAS LEGENDARY DEBUT ON SETH BEER DAY; NO.14 CLEMSON TAKES 2 OF 3 ON OPENING WEEKEND

BOX SCORE GAME 2
BOX SCORE GAME 3
CLEMSON, SC - Seth Beer threw out the first pitch before Saturday's double-header, but 2-way true freshman sensation Davis Sharpe stole the show! He had a debut of Beer magnitude, throwing 5 scoreless innings with 8 strike outs in the first game, and he drove in all 3 of the Tigers' runs with 2 homers in the second game. 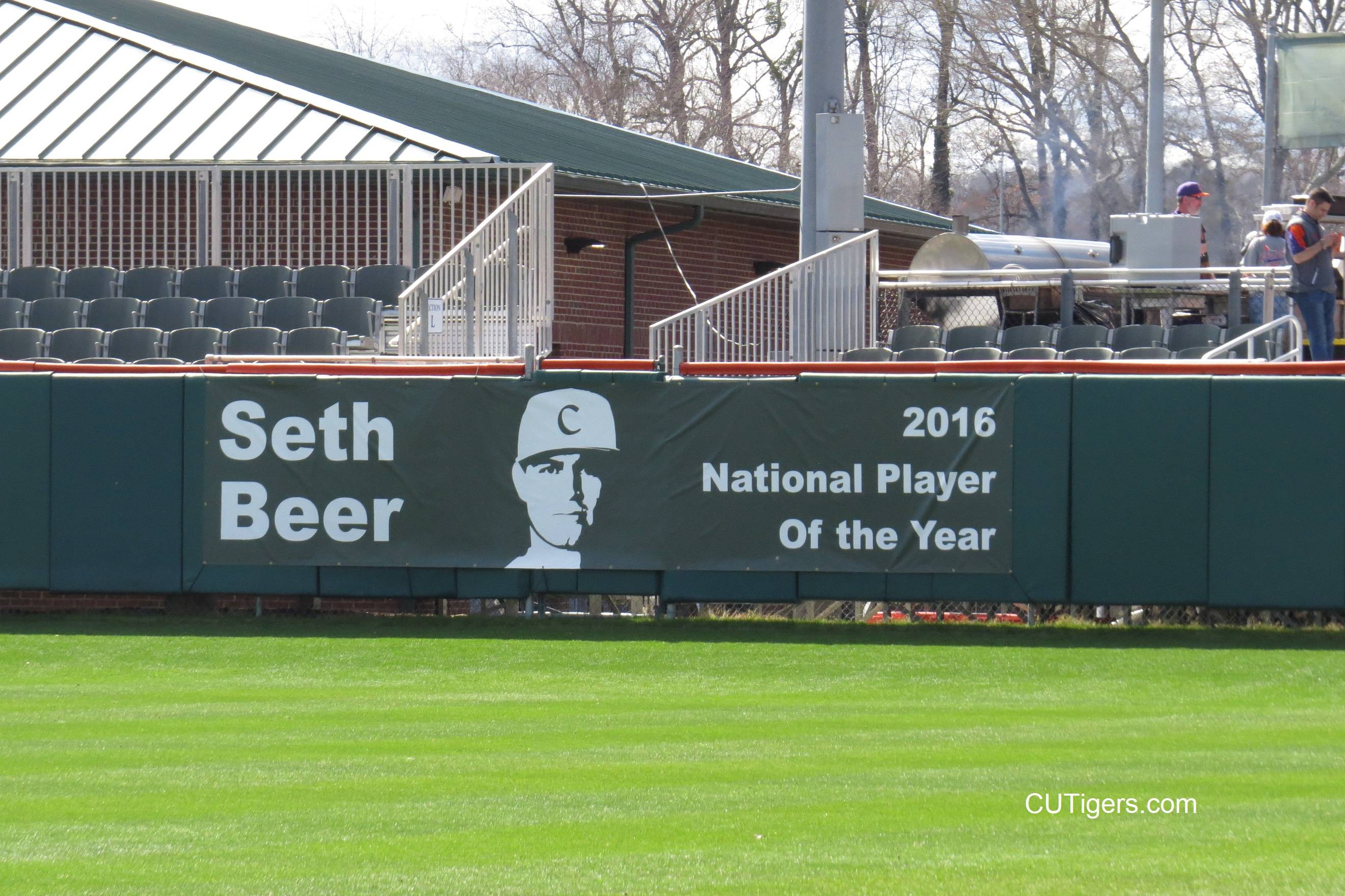 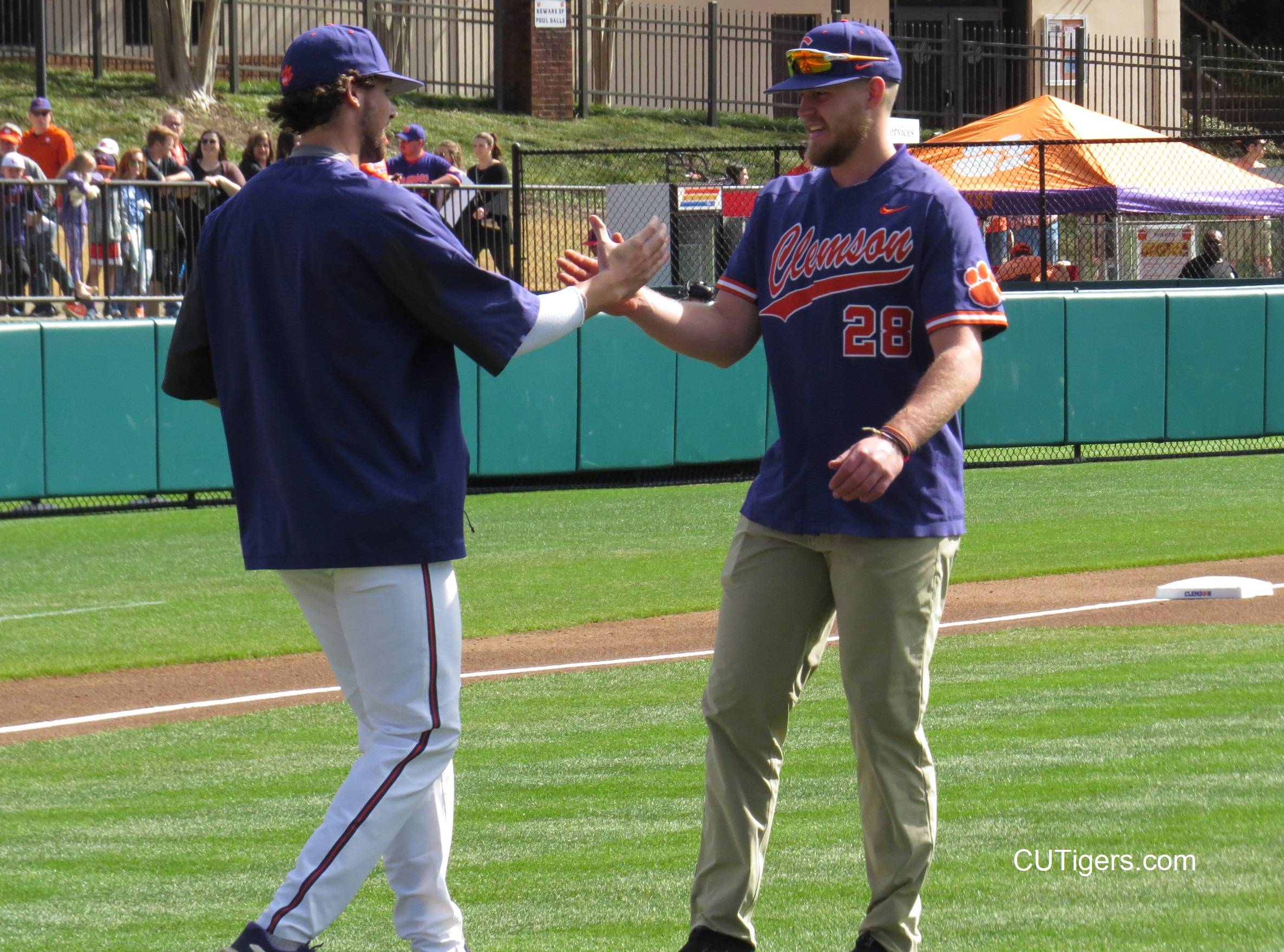 The Tigers won the first game of the double-header 7-2. True freshman Davis Sharpe got his first win with no runs, 8 K's and 2 hits in 5 innings. Holt Jones struck out the side in the 9th, and Clemson pitchers combined for 15 strike outs! Center Fielder Bryce Teodosio broke the game open with a 2-out grand slam in the 5th. Both of his hits in the first two games came with 2 outs, and he scored both times. Teodosio would go 2-4 in game 3 with a pair of doubles. The first was a line drive up the middle that he stretched into a double, and he reached 3rd on the second one, representing the tying run in the 9th inning with one out. Unfortunately, the Tigers were unable to get a sacrifice or a base hit to tie the game in the 9th and lost game three 4-3. Hall had a big game 2 with a HR, single and 2 steals, but he struck out with Teo on 3rd to end game 3.
Although the Tigers came up just short of the sweep, there were a lot of very good things to be excited about with this team! They have several options in the bull pen and should have an extremely strong weekend starter rotation. Much was made of the Tigers losing the home run power of Beer and Williams from last season, but they picked up right where they left off, belting 6 homers over the weekend--2 in each game.
Post-game interviews with Monte Lee, Bryce Teodosio, Sam Weatherly and Davis Sharpe are below!