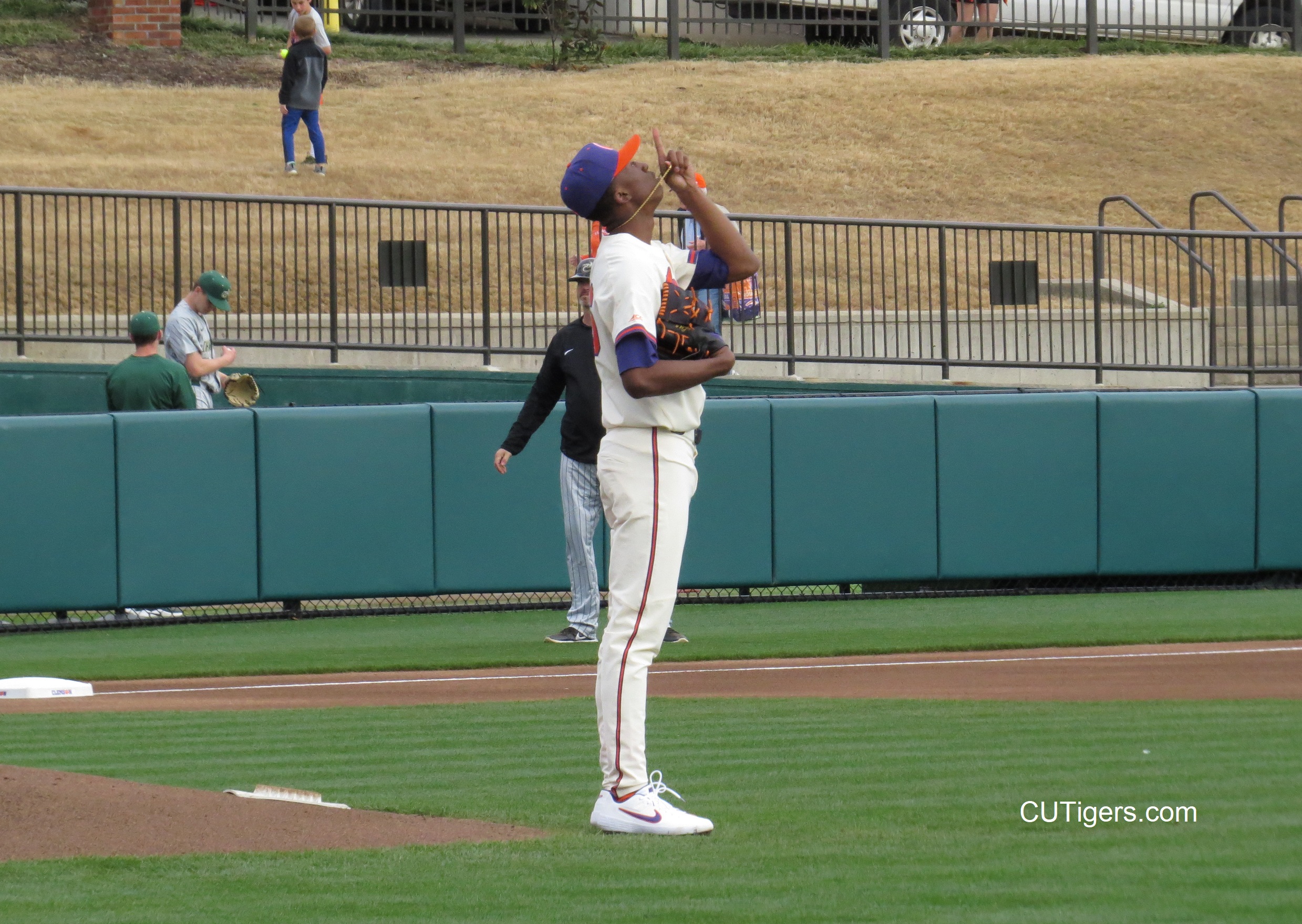 CLEMSON, SC - It was looking like a rout early after the Tigers took a 6-0 lead in the 5th, but Charlotte scored 5 unanswered runs to make things a little nervous. Teodosio's insurance solo HR in the 8th proved to be the difference, as Charlotte was able to score a run in the 9th to cut the lead to one, with the tying run on 2nd.
It was another great debut by a freshman starting pitcher--this time Keyshawn Askew, who had a no-hitter and 6 K's through 5 innings, retiring 14 straight batters before coming out in the 6th.
The Tigers belted 4 more homers today, giving them 10 HR's by 7 different players already! The Tigers were #2 nationally in homers per game last year behind Tennessee Tech, which comes to Doug Kingsmore on Wednesday, and the Tigers have picked up right where they left off despite the loss of Beer and Williams. Davidson and Teo each hit his second homer of the season, Jordan Greene hit his first and freshman catcher Adam Hackenberg hit the first of his career. I asked Monte after the game about Hack starting behind the plate for the second straight game, and he said Wilkie has a sore catching wrist. Monte said Hackenberg is probably the best freshman defensive catcher in the country.
Post-game interviews with Monte Lee, Adam Hackenberg, Keyshawn Askew and Jordan Greene are below!