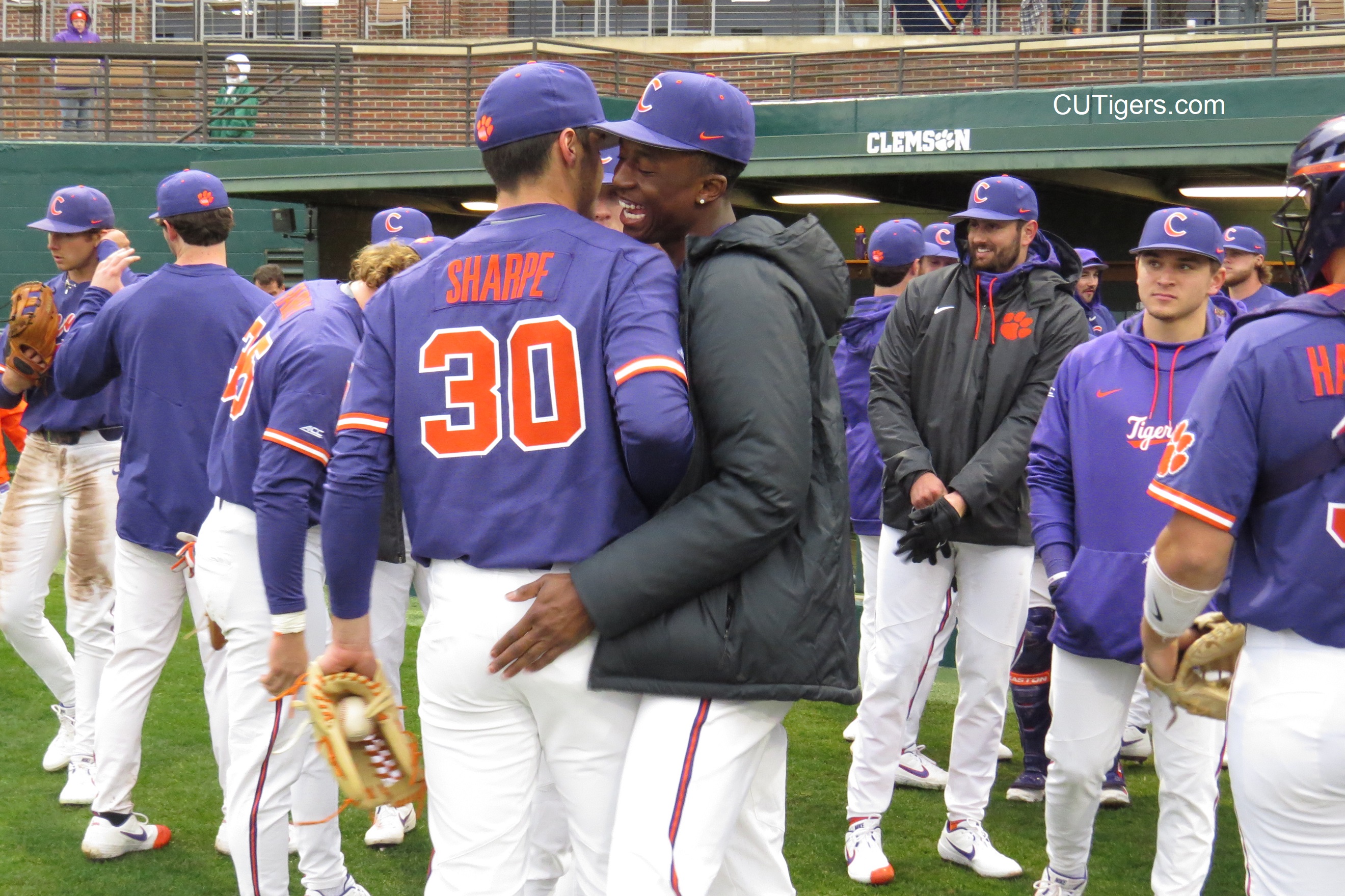 CLEMSON, SC - The No.14 Tigers beat VMI in game one on Saturday 8-6 thanks to a 7th inning 2-run HR by Jordan Greene, his second of the season. They won game two 8-2 thanks to 3 HR's and another brilliant outing by two-way freshman phenom Davis Sharpe.
They have 14 HR's (2nd nationally) in the first 6 games by 9 different players already after Greene hit his second HR of the season in game one, and Hackenberg, Byrd and freshman Bryar Hawkins all homered in game two. Freshman Adam Hackenberg has 2 HR's in his 3 starts at catcher, and Bryar Hawkins homered in his first collegiate at-bat. Five different Tigers have already hit 2 HR's this season: Davidson, Sharpe, Teo, Greene and Hackenberg. Two of them are freshmen.
Sharpe has allowed no runs with 19 K's and 3 hits in his first 11 innings! Tonight was his first time pitching and hitting in the same game. He also leads the team in average (.429) and HR's (2). The Tigers' pitching staff combined for 17 strike outs in game two, the most by a Clemson team in two years. The Tigers will go for their first series sweep on Sunday at 1:00, and I'll have live play-by-play right here as always!
Post-game interviews with Monte Lee, Davis Sharpe, Adam Hackenberg and Jordan Greene are below.