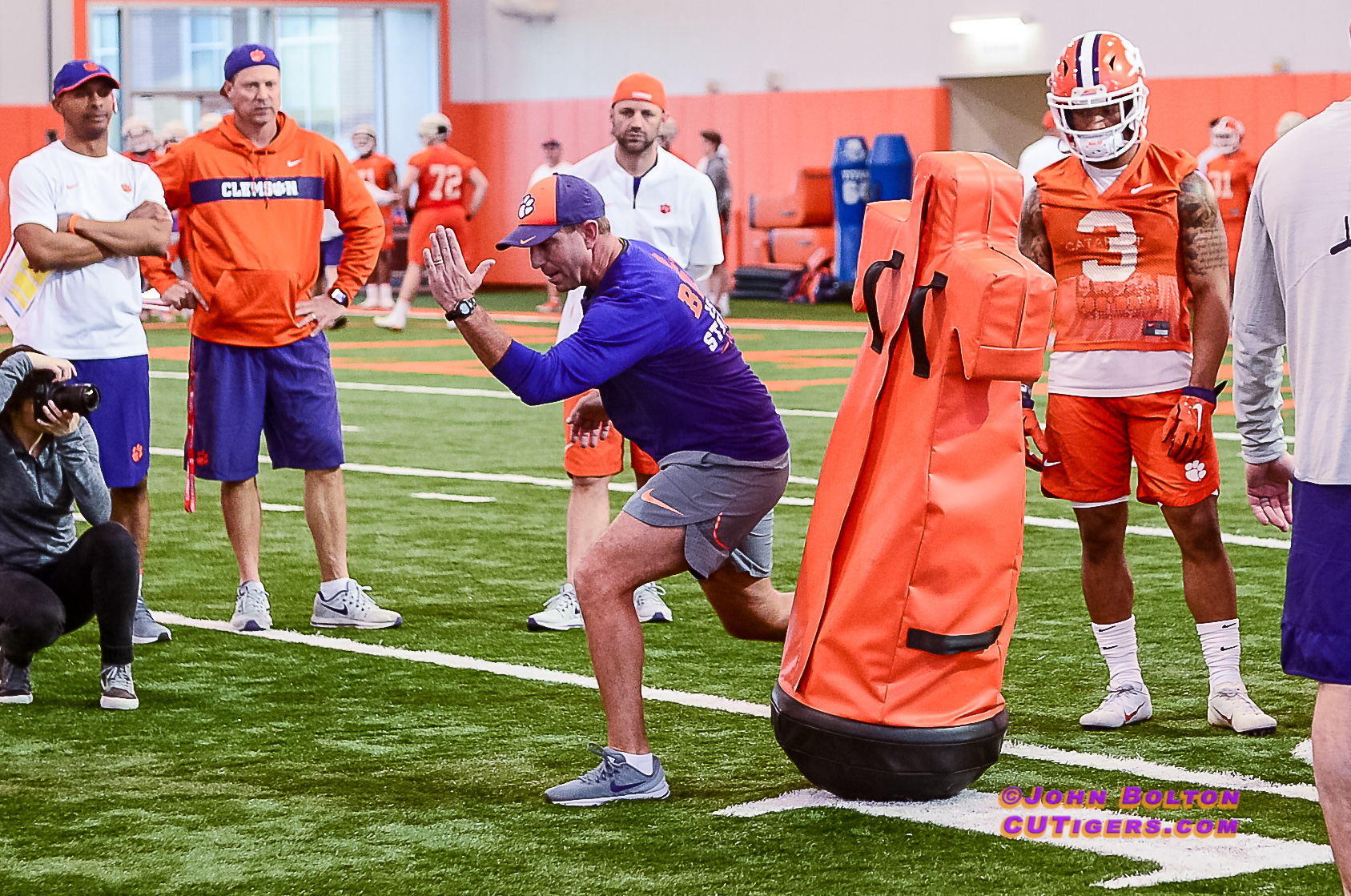 CLEMSON, SC - The Defending Champs were the last ones off the field for the 2018 season, and they're the first ones back on the field for 2019. They practiced in shorts on Wednesday, and the school-record 17 mid-year freshmen put on their Clemson helmets for the first time. Dabo said he loved the chemistry and comradery of the bunch. I got to see wide receivers Frank Ladson and Joe Ngata up close, and they look the part. It will be fun to watch the uber-talented freshmen from Florida and California, respectively, compete this spring. The biggest story line this spring will probably be at defensive tackle, which will be dominated by inexperience with Nyles Pinckney and Jordan Williams both sitting out the spring due to injury. Xavier Kelly will be the elder statesman of the group, and he is a conversion from defensive end with virtually no experience at tackle.
We spoke with Dabo after practice, and he reinforced his philosophy that there are no "free rides" on the team. A reporter asked what it was like to have the starting QB position set as opposed to last year when it was a competition between Bryant and Trevor Lawrence. Dabo quickly nipped that notion in the bud, saying that nothing was set and that Trevor would have to earn the starting spot all over again, just like every other position.
I asked Dabo about TE Garrett Williams, who did not practice but was helping Danny Pearman coach the tight ends. Dabo said Williams will most likely forego his final year of eligibility because he wants to join the Marines and become a SEAL. However, Dabo also said that nothing was in stone and that he could change his mind. With Braden Galloway's future uncertain with the NCAA suspension hanging over his head, true freshman Jaelyn Lay could see a lot of playing time in the fall. I saw him up close for the first time, and he is physically ready to play tomorrow. However, tight end is the toughest position on the team to learn outside of quarterback, and Dabo said Lay still has a long way to go from a cerebral standpoint. Galloway is practicing while his NCAA appeal is pending. The Tigers also have J.C. Chalk and Cannon Smith returning at tight end.
Practice photos are below, as well as interviews with Dabo and players. We'll have more on Friday, so stay tuned!