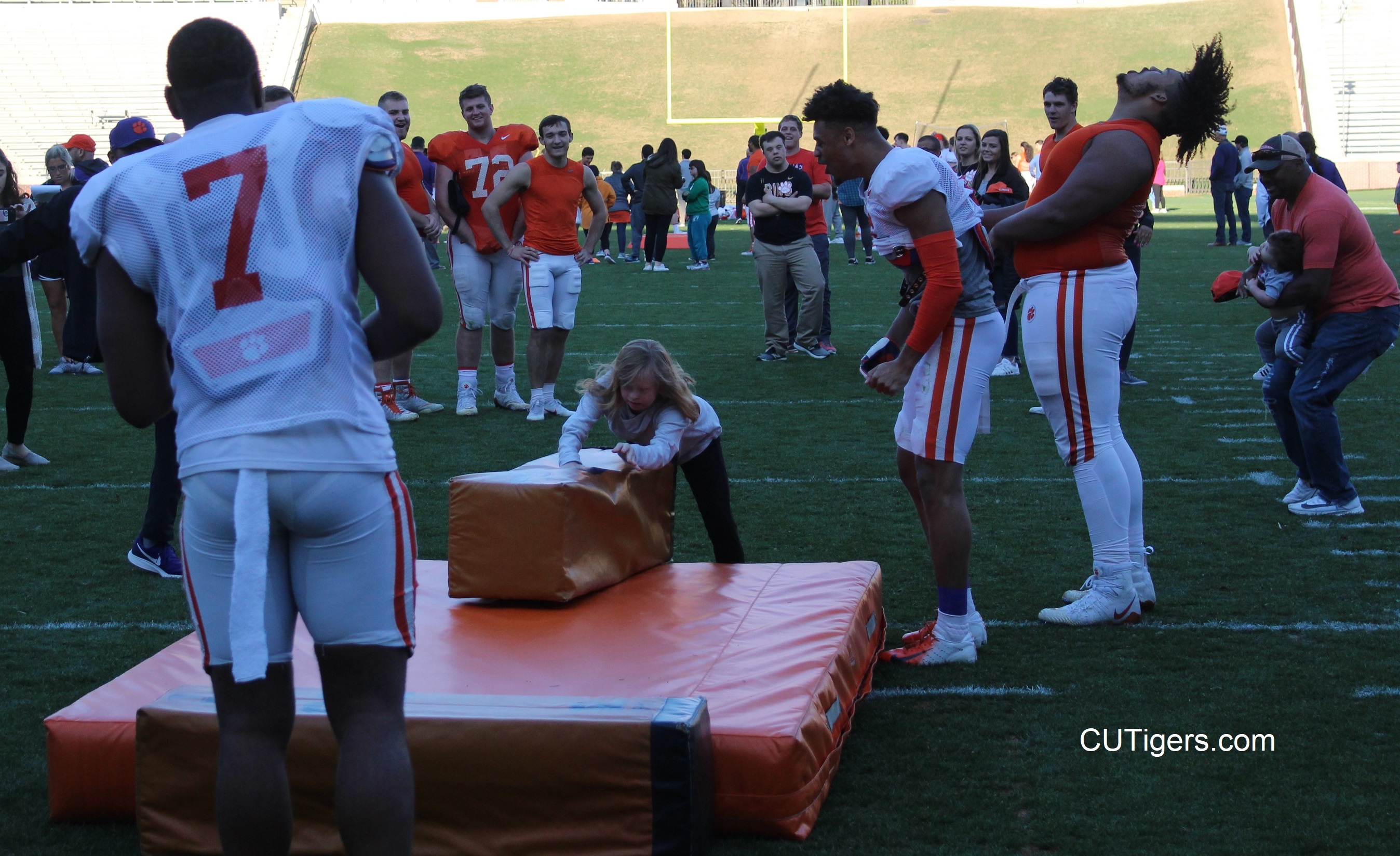 The football team was in Death Valley for its first scrimmage since Spring Break, and after the scrimmage the players had some fun with the Clemson LIFE kids, as they annually do this time of year. LIFE is a program for kids with disabilities, and the acronym stands for "Learning Is For Everyone." It was hard to tell who was having more fun: the kids or the players! We interviewed corner A.J. Terrell, who graced the cover of Sports Illustrated after his 44-yard pick-six for the first score of the National Championship Game, and he spoke about how special it is to touch the lives of the Clemson LIFE kids. He also talked about how much pride the defense took in winning the scrimmage just before Spring Break despite all the attention the offense is getting.
We spoke with WR Diondre Overton as well. Overton spoke about the injury to Amari Rodgers and how that has provided an opportunity for him and the other wide receivers to step up. Overton was playing in the 9 position behind Higgins and Ross, but he is now getting reps at Amari's position with Derion Kendrick, who is still playing both ways with some reps at corner. The Tigers had a couple corners, Kyler McMichael and Mario Goodrich, return to practice recently after minor injuries and we spoke with both of them for the first time. The two were thrown into the fire as true freshmen last season because of the lack of depth at corner, and they handled the early playing time very well.
The interviews are below as well as footage from the players spending time with the Clemson LIFE group. We will have more from coaches and players on Friday, so stay tuned!