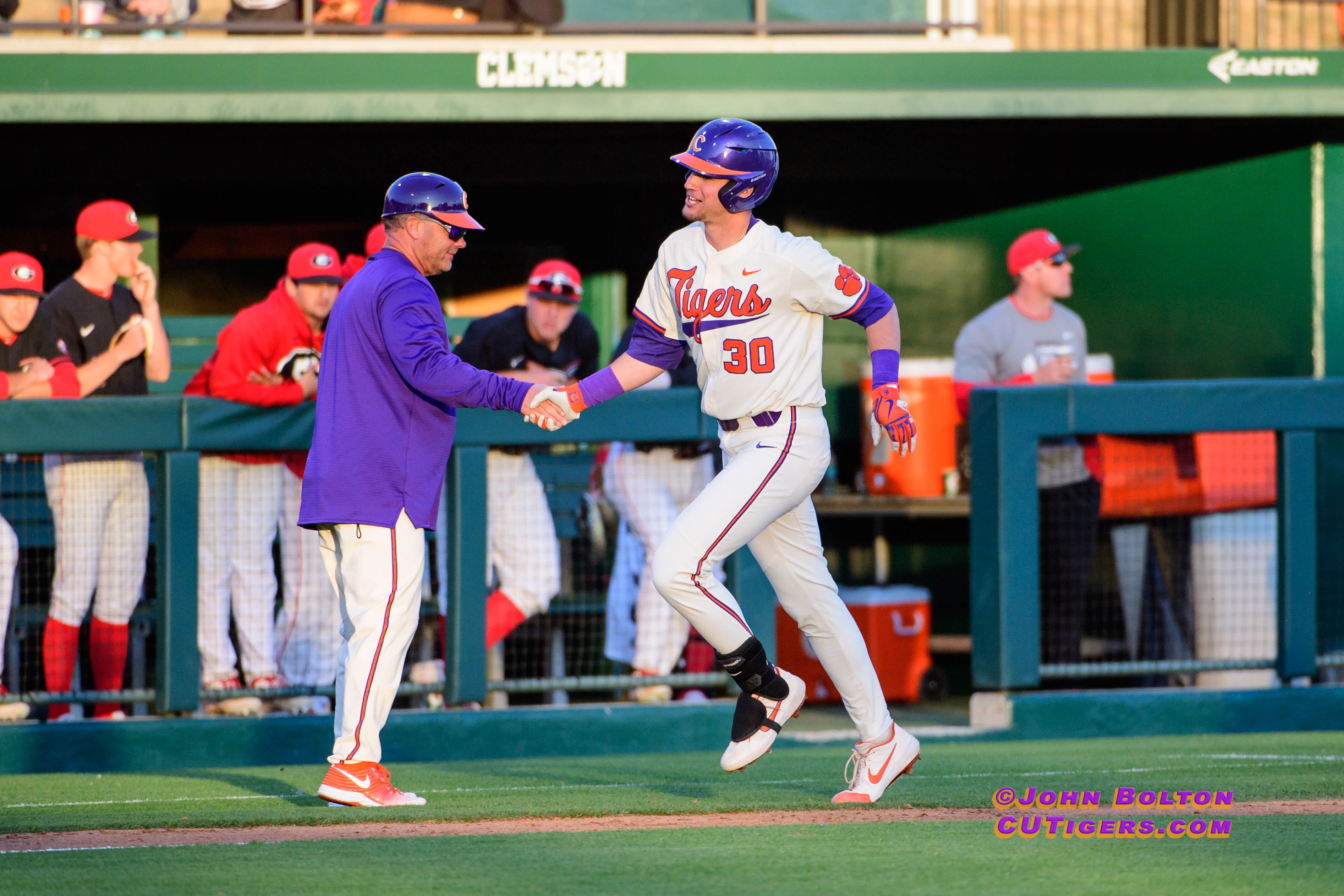 
SHARPE WAS SHARP AGAINST HOME STATE BULLDOGS, BUT NO.13 CLEMSON FALLS 5-3 TO NO.4 UGA

CLEMSON, SC - Monte Lee started 4-0 against his other rival, Georgia, but the Tigers have now lost 3 straight to the Bulldogs in the series, having been swept last season and losing 5-3 on Tuesday night. They just ran into an outstanding pitcher and made a few mistakes defensively, which were all UGA needed. Crawford has not been right all season--he hasn't made it past the 4th inning yet--and that's a tough task against a pitcher of Elliott's caliber. The UGA starter had allowed just 2 earned runs in 27 innings coming in, with an opposing batting average of .132. He was in the mid 90's all night and mixed in his off speed stuff really well. He would be a weekend starter for the Tigers, and it's highly unlikely they will see another mid-week pitcher as good as him all season.
GA native Davis Sharpe was the one real bright spot for the Tigers. He had 2 of their 4 hits, including his 3rd HR, and scored 2 of their 3 runs. The Tigers drop to 22-7 overall after winning 8 of their last 9 before Tuesday night. The Tigers have a huge home series this weekend against No.10 Louisville, who they are tied with for 2nd in the ACC, one game behind NC State. As always, I'll have live coverage right here all weekend!
Post-game interviews with Monte, Weatherly and Sharpe are below. I asked Monte about Kier Meredith's status, and he said he isn't close to ready yet. He said he'll be week to week, but it sounds like it will be at least 2 or 3 weeks before he plays again.