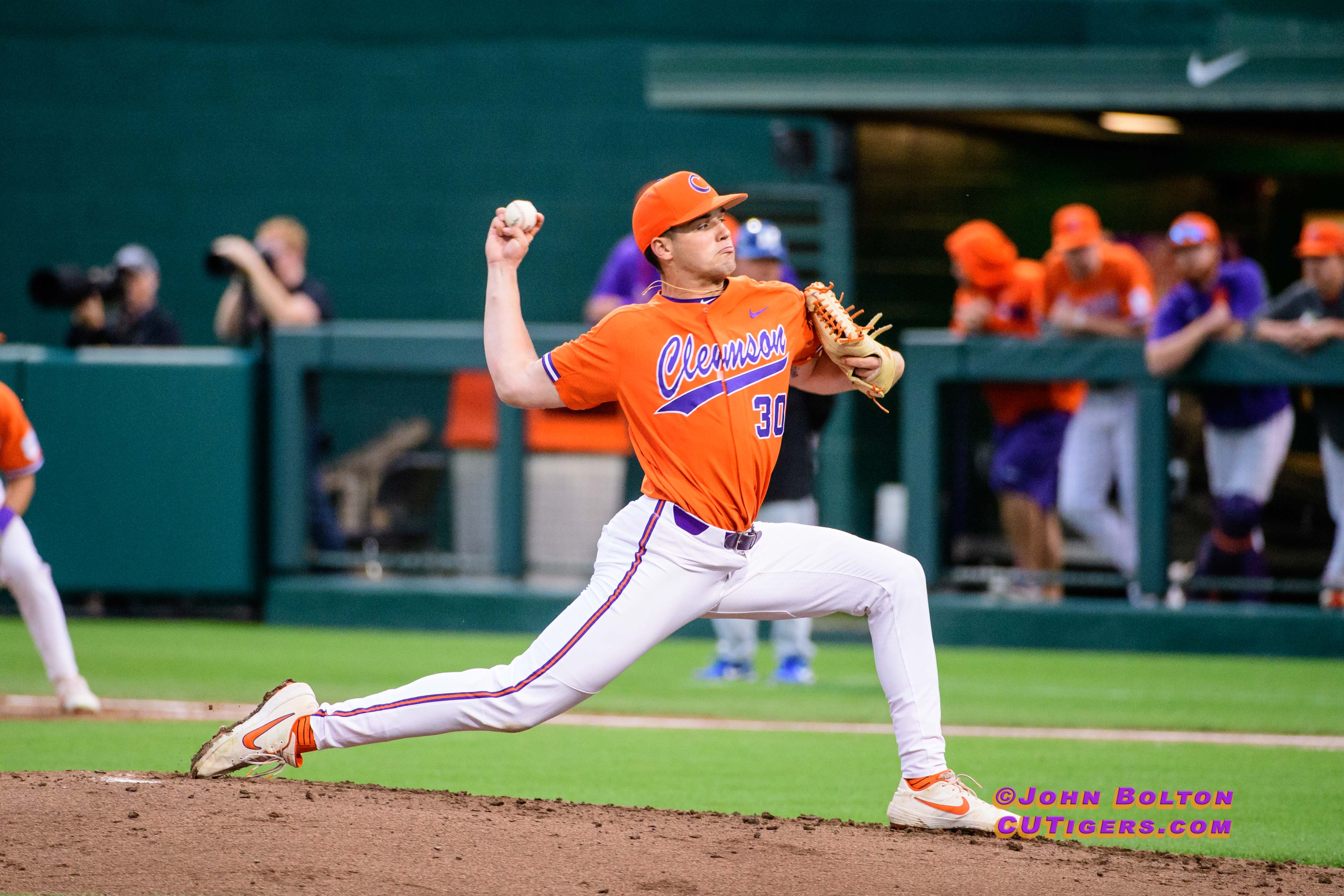 Freshman pitcher Davis Sharpe saved the day for the Tigers, relieving Hennessy in the 3rd after he gave up 3 runs and put 2 on base. After trading runs early, the Tigers were able to blow the game open, from 4-3 to 8-3, with Sharpe on the mound. He didn’t allow a single earned run in over 6 innings and allowed Monte to save Spiers for Ole Miss. The Tigers’ ace, Mat Clark, will get the start at 7:00 Saturday night against the top-seeded home team. Clark, of course, is coming off his best game of the season, 5 outs away from a perfect game against No.7 Louisville in the ACC Tournament last week.
Byrd was 3-5 with 3 RBI's on Friday and hit his 16th HR to move ahead of Davidson for the team lead. Byrd has 11 HR’s in the last 16 games! He now leads the team for the triple crown: average, HR’s and RBI’s. Michael Green stayed hot as well, going 2-5 with a solo HR, and Wilkie had a big game, going 4-5 with a double and 3 RBI’s.
Ole Miss has not been a good offensive team all season, but they have scored 26 runs in their last 2 games! They ran the score up on Jacksonville State last night, winning 16-2 and lost 11-10 to Vandy in the SEC Championship Game last week. Hopefully they used up all their offense last night, but they are one of the hottest teams in the country right now, having beaten Arkansas and Georgia—two top-5 teams—on their way to the SEC Championship Game.
Post-game press conference with Monte, Sharpe, Byrd and Wilkie is below!
LIVE CLEMSON vs OLE MISS UPDATES HERE