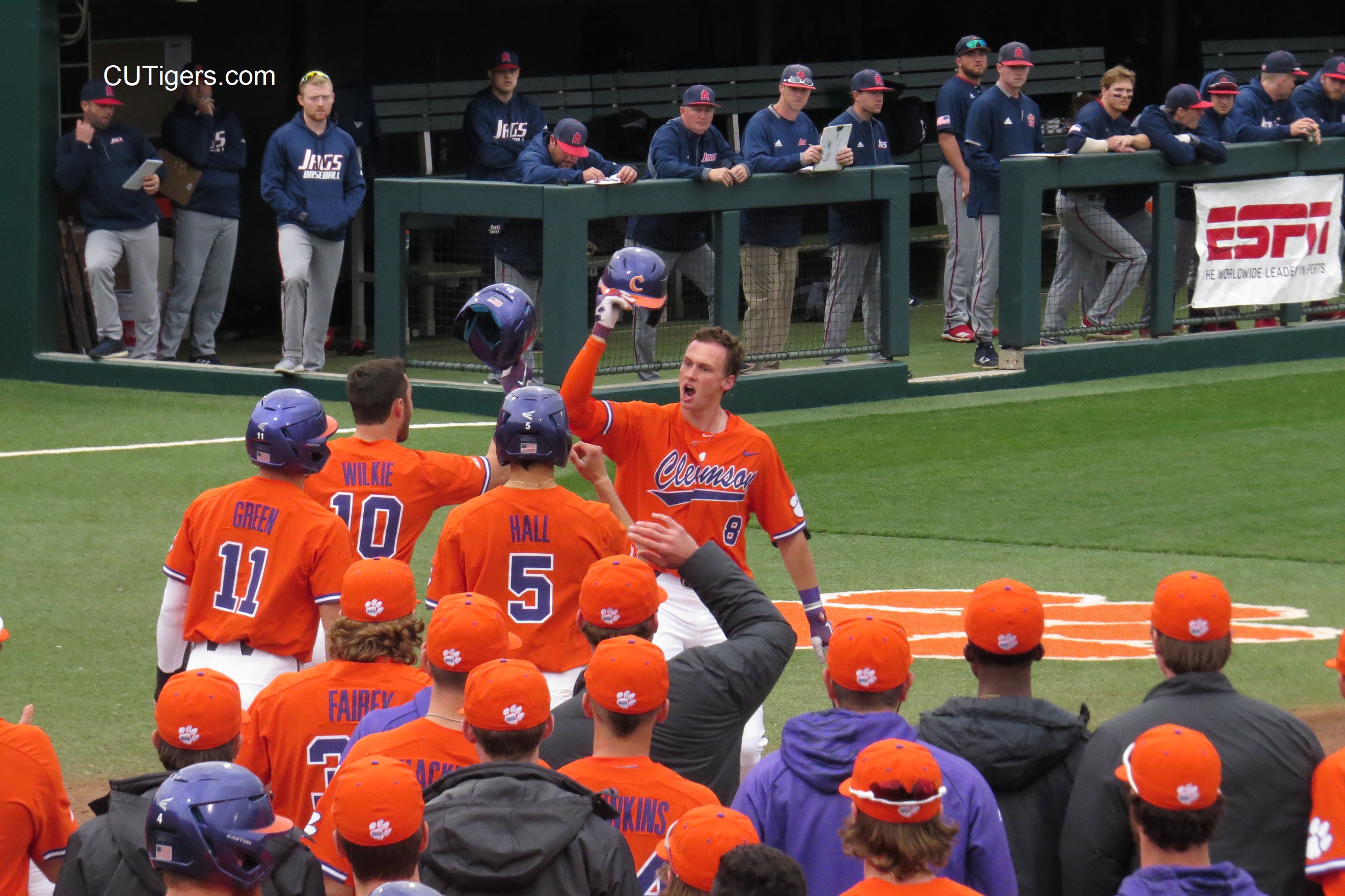 Switch-hitting junior Clemson shortstop Logan Davidson was the No.29 overall pick by the A's in the 1st round of the MLB Draft on Monday night. Davidson is the Tigers' 15th MLB first-rounder and second in consecutive years (Seth Beer, No.28 overall) after 5 years without one. Davidson is the only Tiger to hit a HR from both sides of the plate in the same game, and he did it twice in one week! Of his 42 career HR's, he hit 21 from each side. Davidson's father, who also played at Clemson, spent 6 years in the Major Leagues. He won a World Series with the Twins and also played for the Astros.