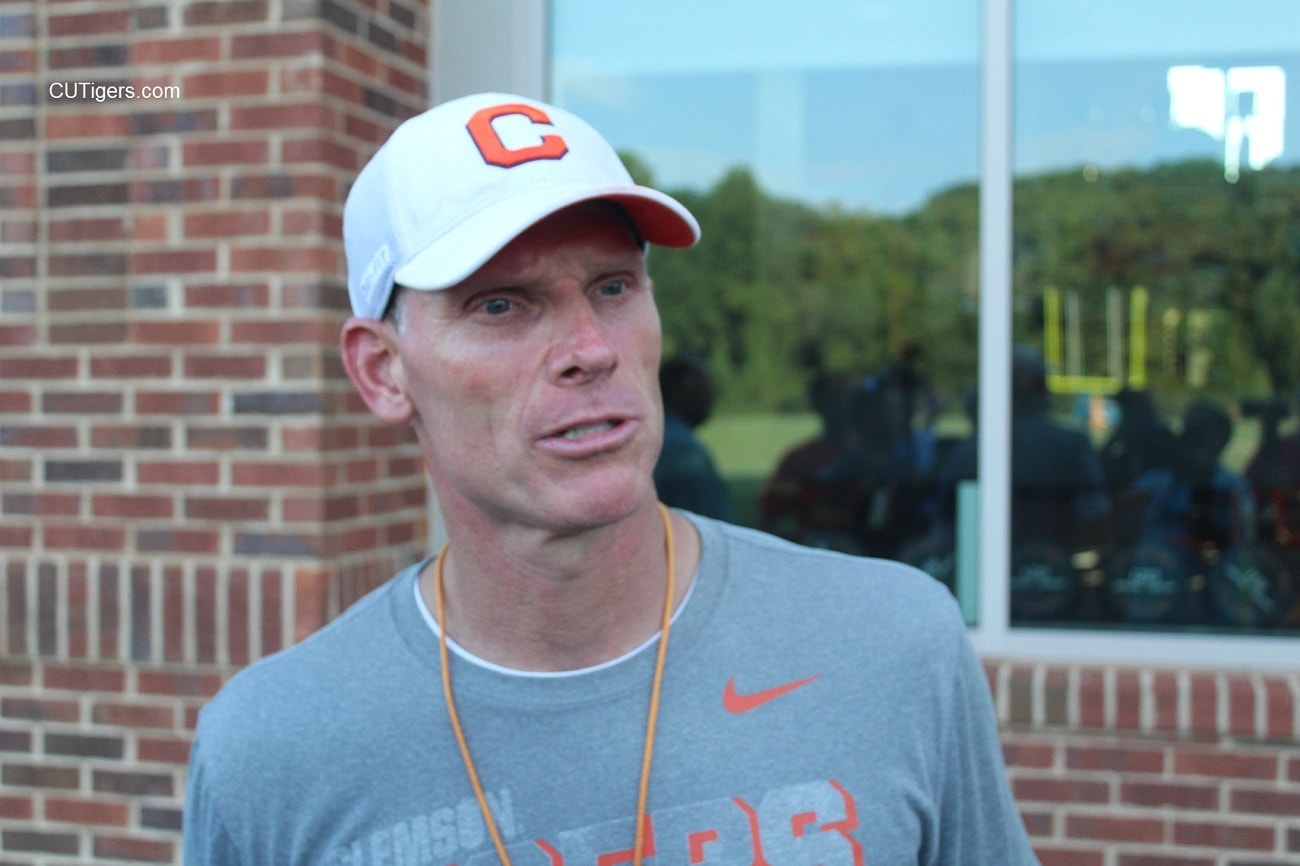 We met with Brent Venables on Tuesday evening. He was reluctant to single out anyone on his defense after just a few practices in shorts, but he seemed pleased overall with his players' effort in the off-season and so far at camp. He had the No.1 scoring defense in the nation last season, also leading the nation in sacks, after ranking No.2 in 2017. The Tigers have been a top-10 total defense in each of the last 5 seasons, going back to 2014 when they were No.1.
We also talked with two of Venables's linebackers, Jamie Skalski and Chad Smith, who both figure to start this season and roommates and the best of friends. Skalski redshirted last season but played in 4 games, including the College Football Playoff, thanks to the new redshirt rule. Dabo recently said that despite the loss of Shaq Smith, he is very excited about this group of linebackers and thinks it could be the best back seven he has ever had.
Interviews are below!