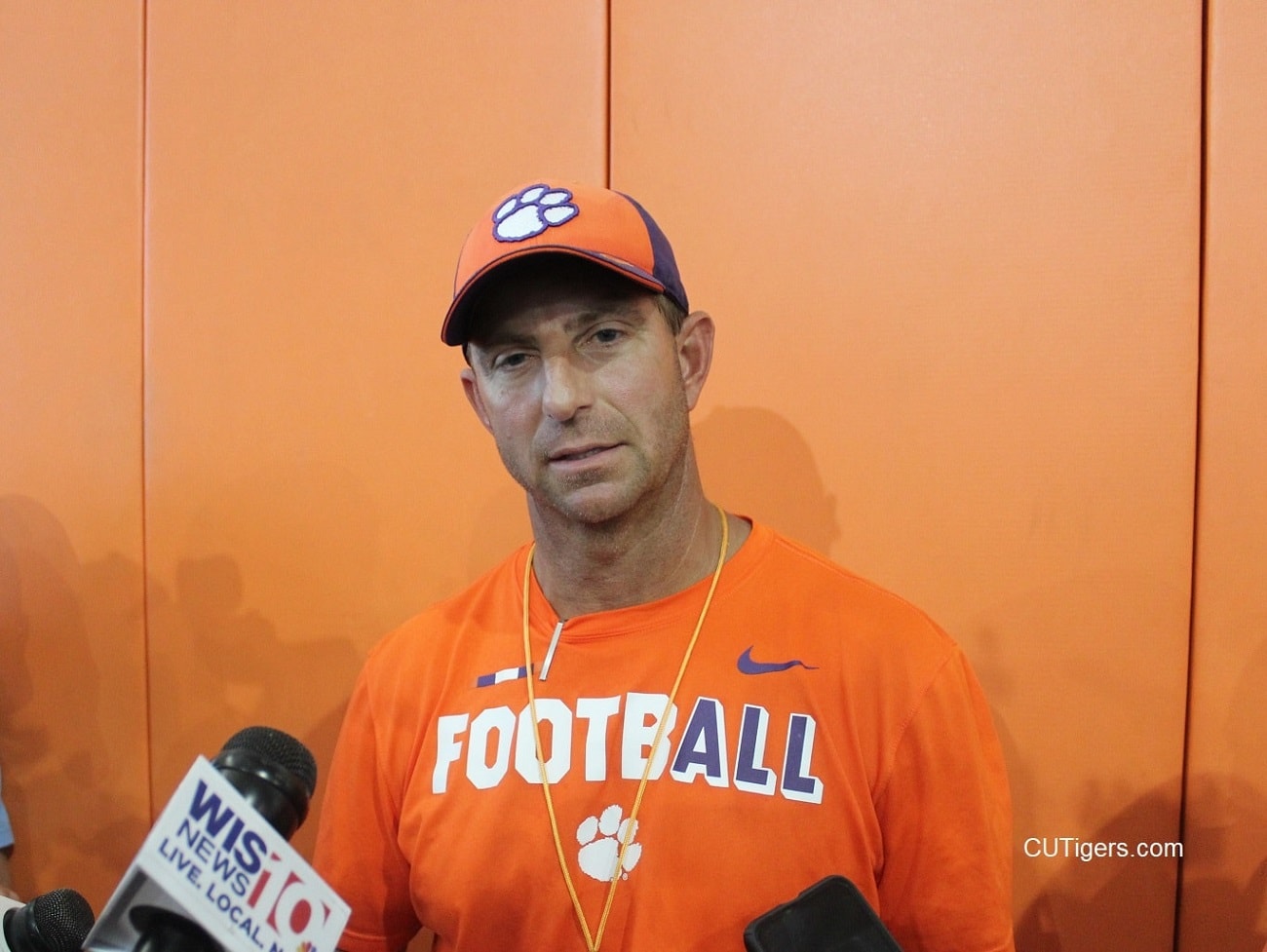 CLEMSON, SC - We spoke to Dabo after the Tigers' second practice in full pads Thursday morning. CB/WR Derion Kendrick was in a yellow jersey, and Dabo said that he tweaked his hamstring but is fine. Tee Higgins was in green this morning, meaning no contact, but nothing to worry about there either.
I asked Dabo about freshman running backs Chez Mellusi and Michel Dukes--particularly how good their hands are, catching the ball out of the backfield--and Dabo said they both had excellent hands and were natural catchers of the ball. In fact, he said Chez made a great fingertip catch this morning, just off the ground. The Tigers have had great success with freshman backs over the past 3 seasons with Dixon, Etienne and Feaster, and at least one of these two freshmen should get significant playing time as a potential third-stringer.
Dabo also said he loves where KJ Henry is physically but that they want him to "cut it loose" against the run. He said the redshirt freshman defensive end is a natural pass rusher but needs to take it to another level against the run. Henry, of course, was a 5-star recruit and is the son of a college coach. In an almost unheard of act of patience and self-awareness, Henry approached Dabo after a few games last season and told him that he wanted to redshirt in order to get better and stronger through Power Hour. That patience should pay big dividends this season!
The full interview with Dabo is below. I'll have photos from this morning's practice posted in a bit. We'll have more interviews tomorrow and after the stadium scrimmage on Saturday. Stay tuned!