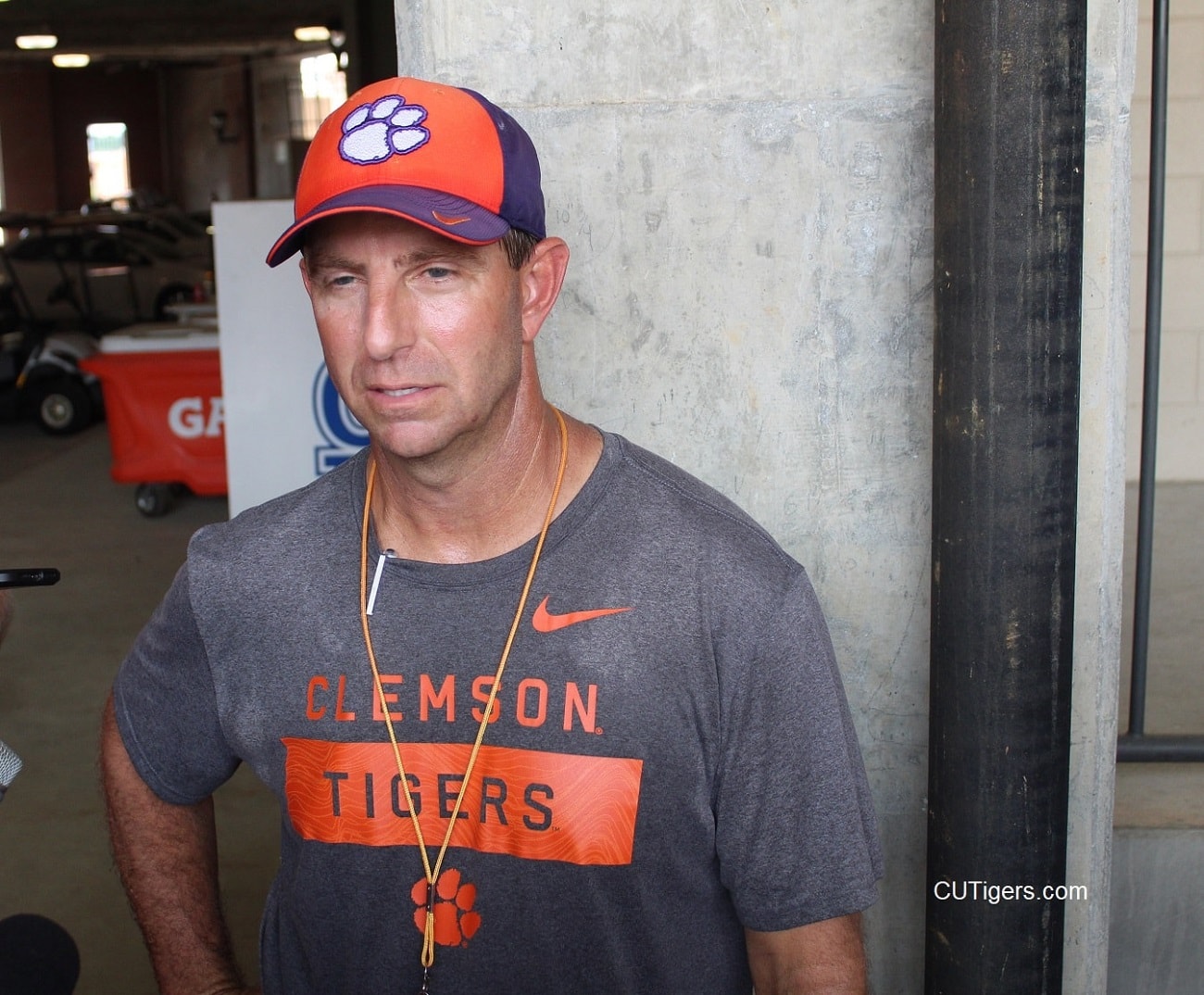 CLEMSON, SC - The Defending Champs held their first scrimmage in Death Valley on Saturday morning. Dabo said that the offense started strong, but the defense finished strong. He said he'd prefer to see it a little more even and consistent on both sides throughout but that he was very pleased with the effort and intensity, saying that this seems to be an "about its business group." There were big plays on both sides, including a 100-yard pick-six by All-American candidate Isaiah Simmons. Dabo said that freshman WR Frank Ladson was out because he had to have minor surgery to clean up his knee, the same procedure Christian Wilkins had last year. Ladson should be ready to go for the opener. Since no one has asked about the kicking game since camp began, I asked Dabo how tight the competition between Potter and Sawicki is. Dabo said that Potter is way ahead, and it's not close. That says a lot because it was pretty tight following the Orange & White Game. Dabo said that Potter missed two field goals in today's scrimmage, but he was nearly automatic previously in camp, going about 19 for 20. At punter, veteran Will Spiers will likely be the starter again, but Aidan Swanson will push him. Dabo said Swanson will be a 3-tool guy by the time he leaves Clemson, with the ability to punt, take kickoffs and field goals.
We also spoke to Venables, Jeff Scott, K'Von Wallace and Nolan Turner. The interviews are below!