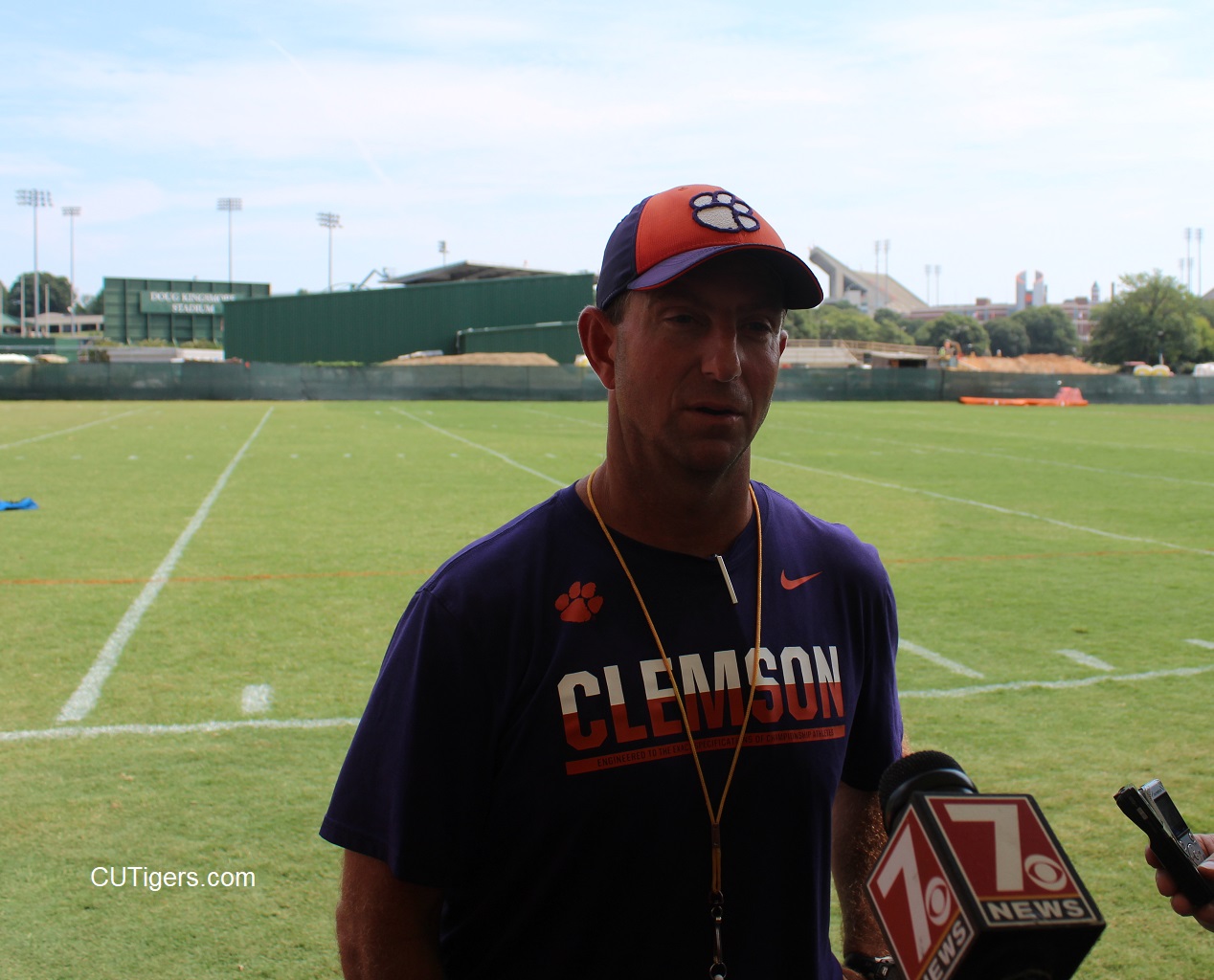 The Tigers practiced at Jervey Meadows again this morning after Dabo gave them the weekend off, and he said they looked refreshed and focused. The three players out with minor hamstring injuries--CB Derion Kendrick, LB Baylon Spector and LB Jake Venables--were all back at practice today, as was DE Justin Foster, who missed the scrimmage on Thursday. While we were talking to Dabo, the Preseason AP Poll was released, and the Tigers are rightfully ranked No.1, marking the first time they have been preseason No.1 in both the Coaches' and AP Preseason Polls. Dabo, of course, emphasized how meaningless preseason rankings are, and he is right. In the last 13 years, there has been just one champion ranked No.1 preseason: 2017 Alabama. There has also been only one repeat champion over that period.
I asked Dabo about sophomore RB Lyn-J Dixon and whether he has made a similar physical transformation to the one we saw Travis Etienne make after his freshman year. Dabo said that Dixon has done just that and, in addition, has significantly increased his understanding of the offense and how to play the position. Dabo also talked about the growth of Nyles Pinckney and Jordan Williams, the two most experienced players they have at defensive tackle, and he seems to really like what he has on the defensive line despite the inexperience. In fact, he once again mentioned what a special player freshman DT Tyler Davis is. It wouldn't surprise me if he had a similar impact that Christian Wilkins did as a true freshman.
We also spoke to TE/Special Teams Coach Danny Pearman. Sophomore BT Potter has a firm grip on the starting place kicker job, and returning starter Will Spiers also does at punter. However, Aidan Swanson has a bright future and is pushing Spiers. Derion Kendrick will likely be the starting punt returner until Amari Rodgers returns in late September or early October. Will Spiers and a few others have gotten work there as well. Cornell Powell and freshman Joseph Ngata will likely split time on kick returns.
The full interviews are below!