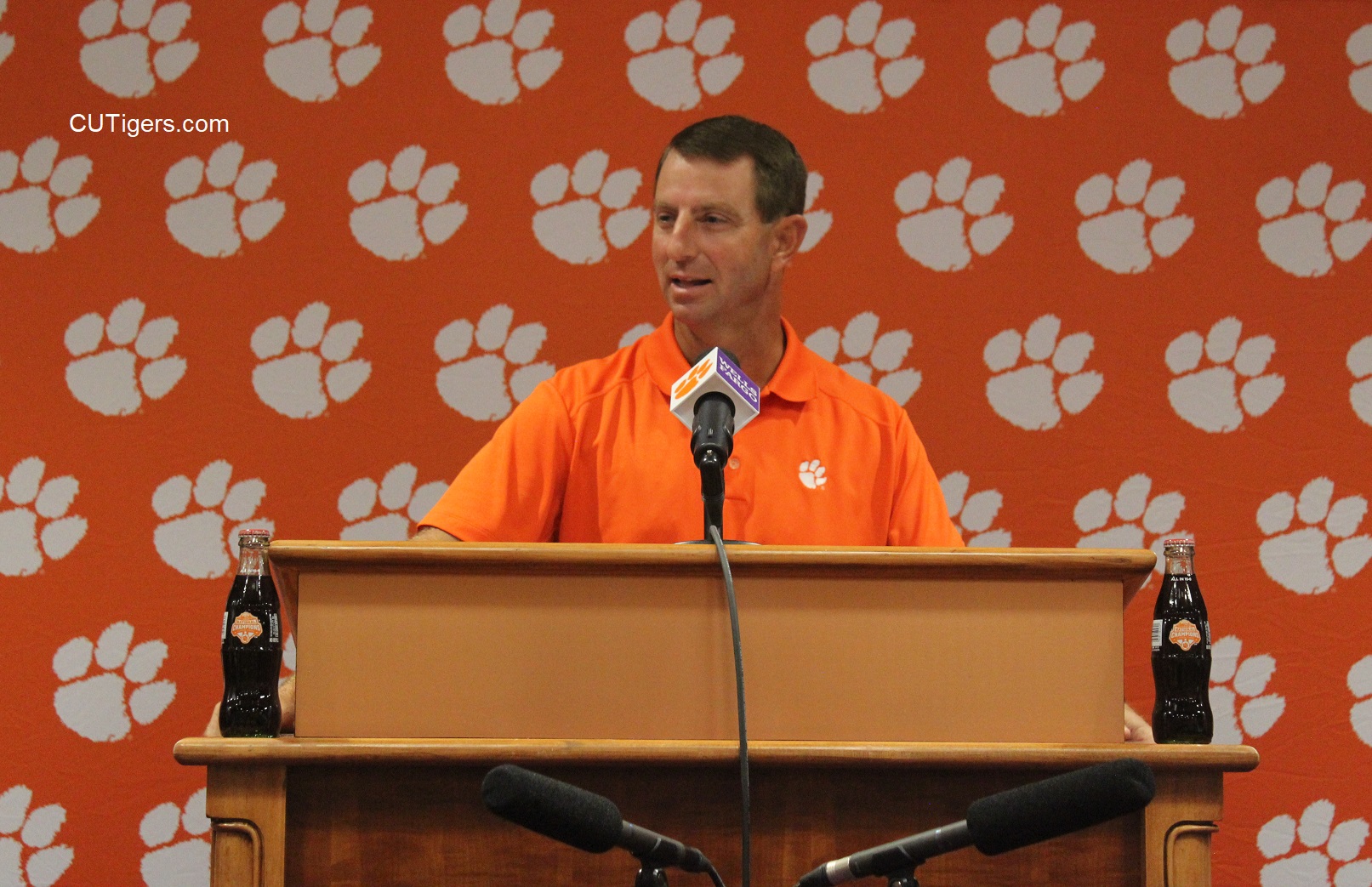 CLEMSON, SC - Dabo kicked off the 2019 season with a Monday press conference, a day earlier than usual because of the Thursday night opener, and had a couple new podium ornaments: the 2018 Best Ever Coke Bottles. He discussed many of the same topics we have covered over the past six weeks but did have a new piece of personnel information. Freshman DE Logan Cash will be leaving school. Dabo didn't want to go into specifics on how that transpired, but we know that Cash recently had surgery and would have redshirted this season.
The one topic we haven't discussed with Dabo since July is the addition of Terry Bowden as a graduate intern, so I asked Dabo about his relationship with Bowden and what the longtime head coach brings to the program from a football acumen standpoint. From the sounds of it, Bowden's role hasn't been very vital, or at least that's how Dabo made it seem. Perhaps Bowden has contributed more to the offense than Dabo would like to reveal, but if that's the case, he's doing a good job of concealing it. Dabo, of course, wouldn't be at Clemson and perhaps not in coaching at all if not for Terry's brother Tommy hiring him away from the real estate industry in 2003. Dabo told me in July that despite his relationship with Tommy, he never knew Terry very well. Bowden is without a doubt the most accomplished graduate intern of all time, having led Auburn to an undefeated season in 1992, the year after Dabo won a national title as a player for Alabama.
I also asked Dabo about the luxury of having a proven backup like Chase Brice--epsecially in this day and age. It's important not just in case Trevor gets hurt, like he did in the Syracuse game last season, but in developing the Tigers' young wide receivers and tight ends like Ngata, Ladson, Spector, Lay and Allen. One of the big national storylines leading into the season has been all the transfer quarterbacks around the country--including two former Tigers, Kelly Bryant and Hunter Johnson--and a backup of Brice's ilk is becoming a very rare commodity. Just ask Ohio State, which has virtually no one behind freshman Justin Fields because Tate Martell left for Miami.
Finally, I asked Dabo if Trevor Lawrence has improved in the few areas he was hoping to see, such as extending plays with his legs to throw down field. Dabo grinned and said he has done just that, and that he's looking forward to seeing it in action on Thursday.
The full press conference is below, and CLICK HERE for interviews with Trevor, Tee, Muse, Pollard and Anchrum!