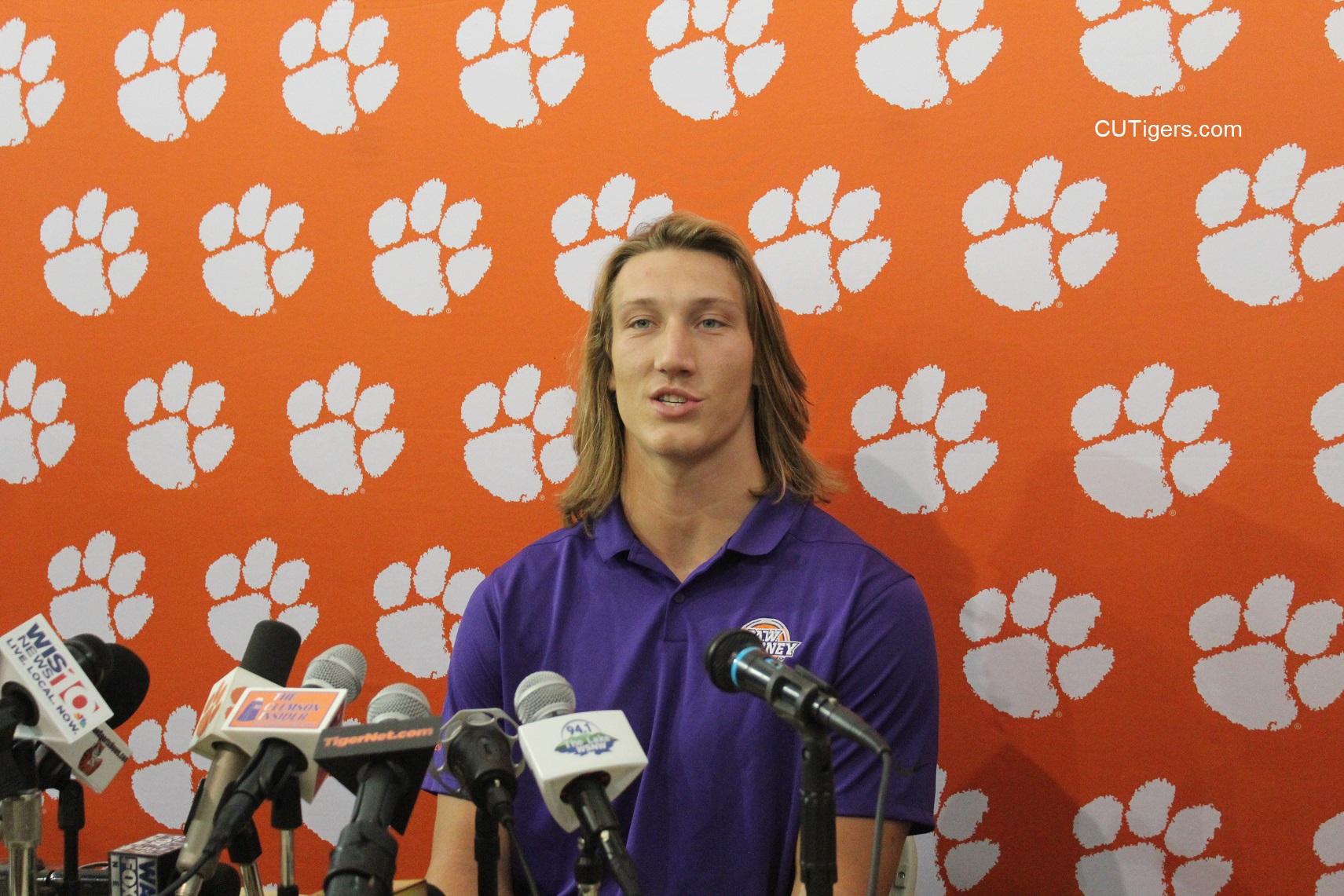 We spoke with Trevor Lawrence, Tee Higgins, Tanner Muse, Sean Pollard and Tremayne Anchrum on Monday about Thursday night's opener against Georgia Tech. They all seemed eager to hit someone with a different colored jersey and doing so a couple days earlier than normal. I asked Trevor how much he's worked with Travis Etienne in the passing game, and it sounds like it's been quite a bit. He said Travis has worked really hard to improve that which is the weakest part of his game and has often asked him to throw after practice. I also asked Trevor if he plans to watch Kelly Bryant and Missouri play on Saturday since they have the week off. He said he does and wishes Kelly the best of luck. Mizzou plays at Wyoming at 7:30 Saturday night. I think Mizzou is a team most are sleeping on, and I expect them to have a very good season. In fact, I predict they will finish 2nd in the SEC East, losing only at UGA. They should have beaten UGA last season and beat Florida by 21 in the Swamp late in the season. Unfortunately for Kelly, they can't go bowling this season because of NCAA sanctions, but don't be surprised if they finish 11-1 or 10-2!
Tee Higgins said he's looking forward to running down The Hill again but will be very cautious. He joked that he expects freshman WR Frank Ladson to fall because he is so clumsy. Higgins said he hasn't put much thought into being named AP Preseason All-American. He scored 12 touchdowns last season, averaging a TD every 5 catches! I asked him what it's like going against AJ Terrell in practice every day and how unique he is as a corner because of his length. Tee said it's always a battle that goes back and forth, and they each make the other better.
The full interviews are below! CLICK HERE for Dabo's press conference and more.