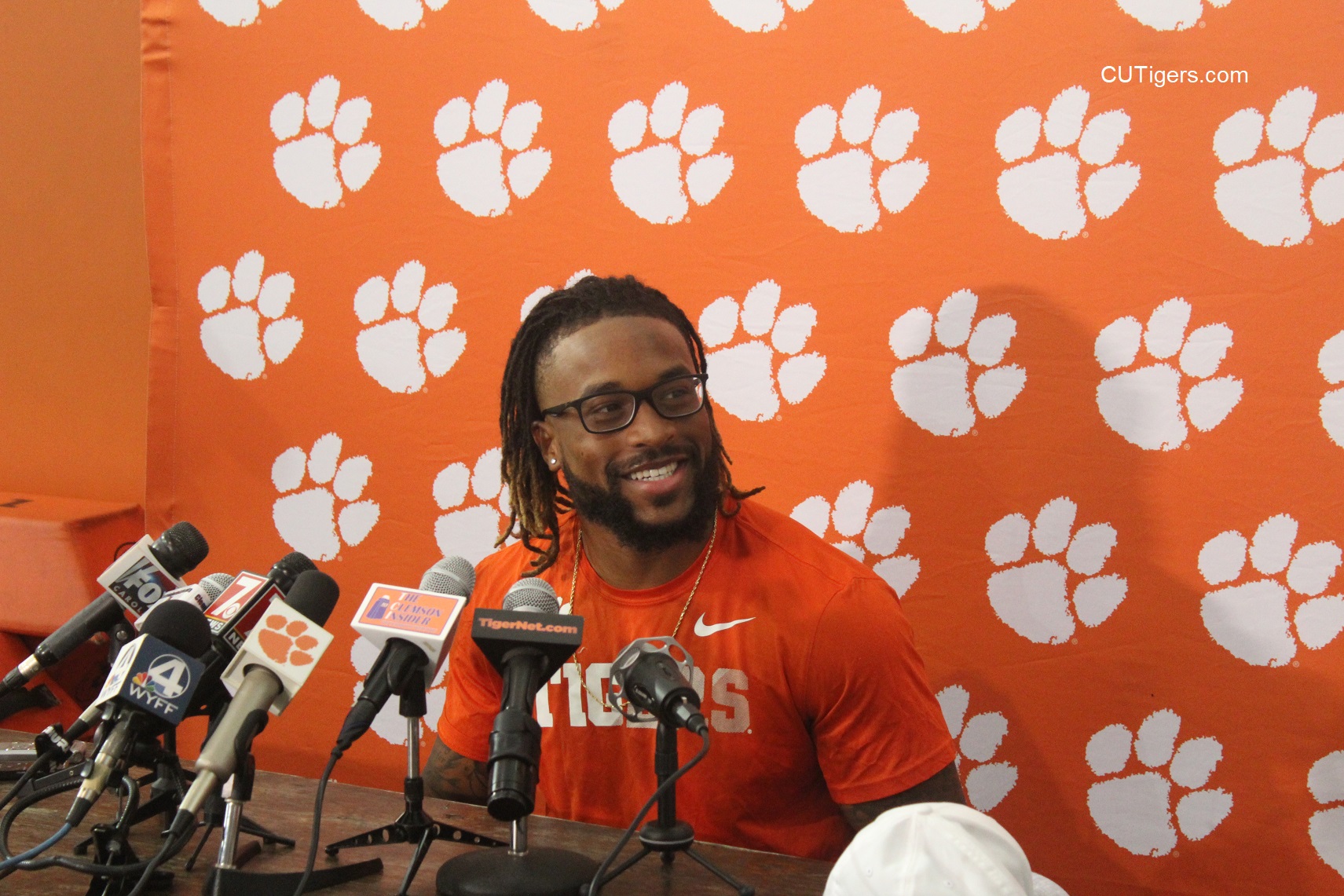 We spoke with Brent Venables, Tony Elliott, Trevor Lawrence, Amari Rodgers, Tyler Davis and Chase Brice on Monday to discuss Saturday's big win over No.11/12 Texas A&M and the Tigers' upcoming game at Syracuse, where they suffered their last regular season loss in 2017. Amari Rodgers, of course, made his 2019 debut on Saturday, weeks ahead of schedule after tearing his ACL last March. I asked Dabo on 8/22 if Amari could possibly play in the Texas A&M game, and Dabo said there was no chance and that it would be late September or early October before Rodgers would be back in action. That just gives you an idea of Amari's work ethic and determination to get himself ready so far ahead of the norm. He's very similar to Deshaun Watson in that regard, and Amari told me that Deshaun was one of those he reached out to about the rehab process. Watson, of course, tore his ACL at the end of his freshman season at Clemson and again in his rookie season with the Texans. He came both from both surgeries as well as anyone could and was soon back at the top of the game.
The interviews are below, and I'll have more in a bit!