CLEMSON, SC – The Defending Champs continued to leave no doubt with their 14th straight blowout win on Saturday night, 52-10 over Charlotte in Death Valley. Dabo emptied his benches early, putting Chase Brice in for Trevor Lawrence just 3 minutes into the 2nd quarter with a 24-0 lead. No team in the country played more players than Clemson last season, and Dabo is looking to repeat the feat, getting invaluable experience for the backups and younger players on a team that’s two-thirds comprised of freshmen and sophomores.

The offense was incredibly balanced, rushing for 235 yards and passing for 231, and the defense allowed just 216 total yards. The avalanche of points started on the Tigers’ second play from scrimmage—a 58-yard touchdown pass to Tee Higgins. On Charlotte’s next possession, K’Von Wallace would post a 66-yard pick-six to make it 14-0, and the Tigers would roll from there. 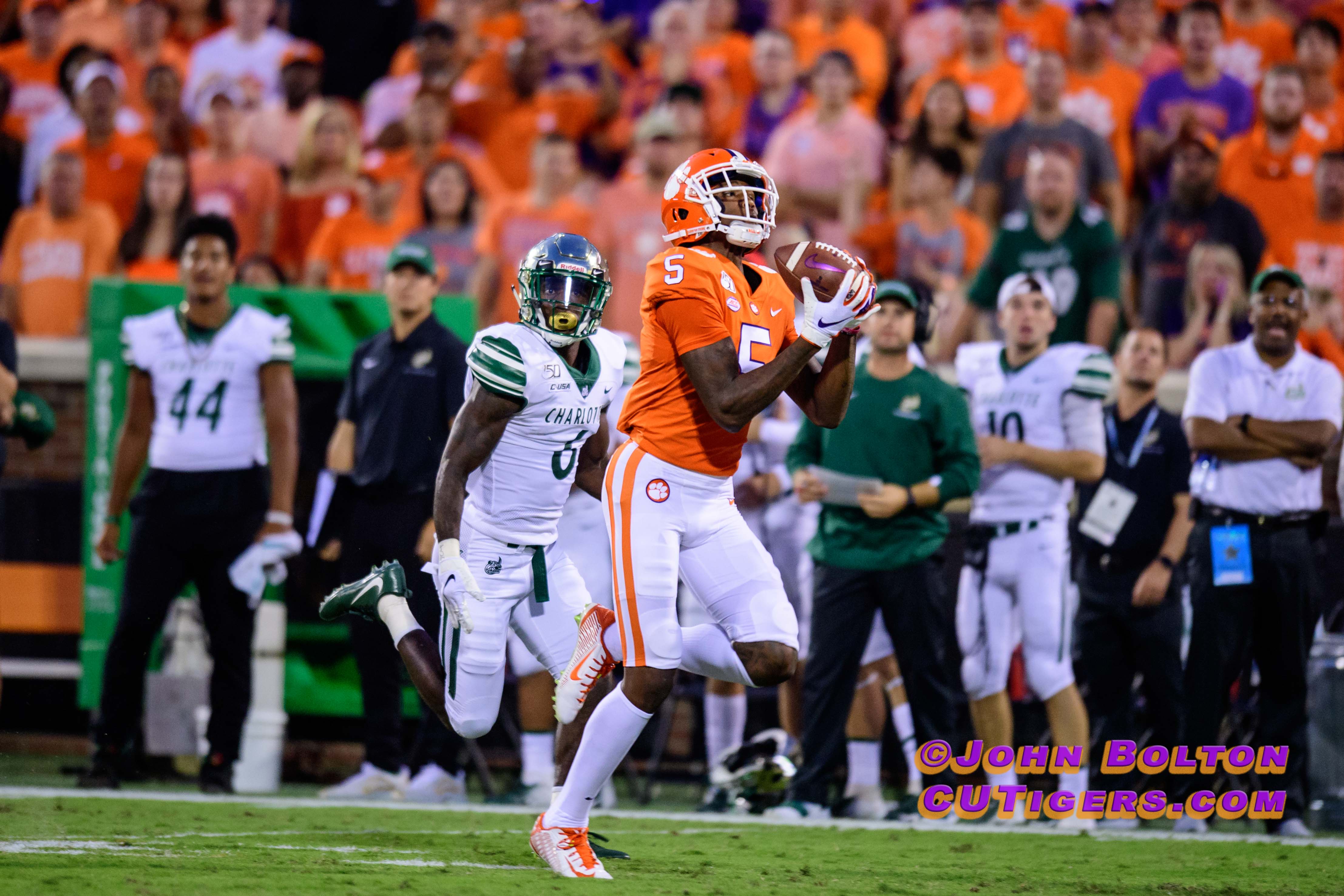 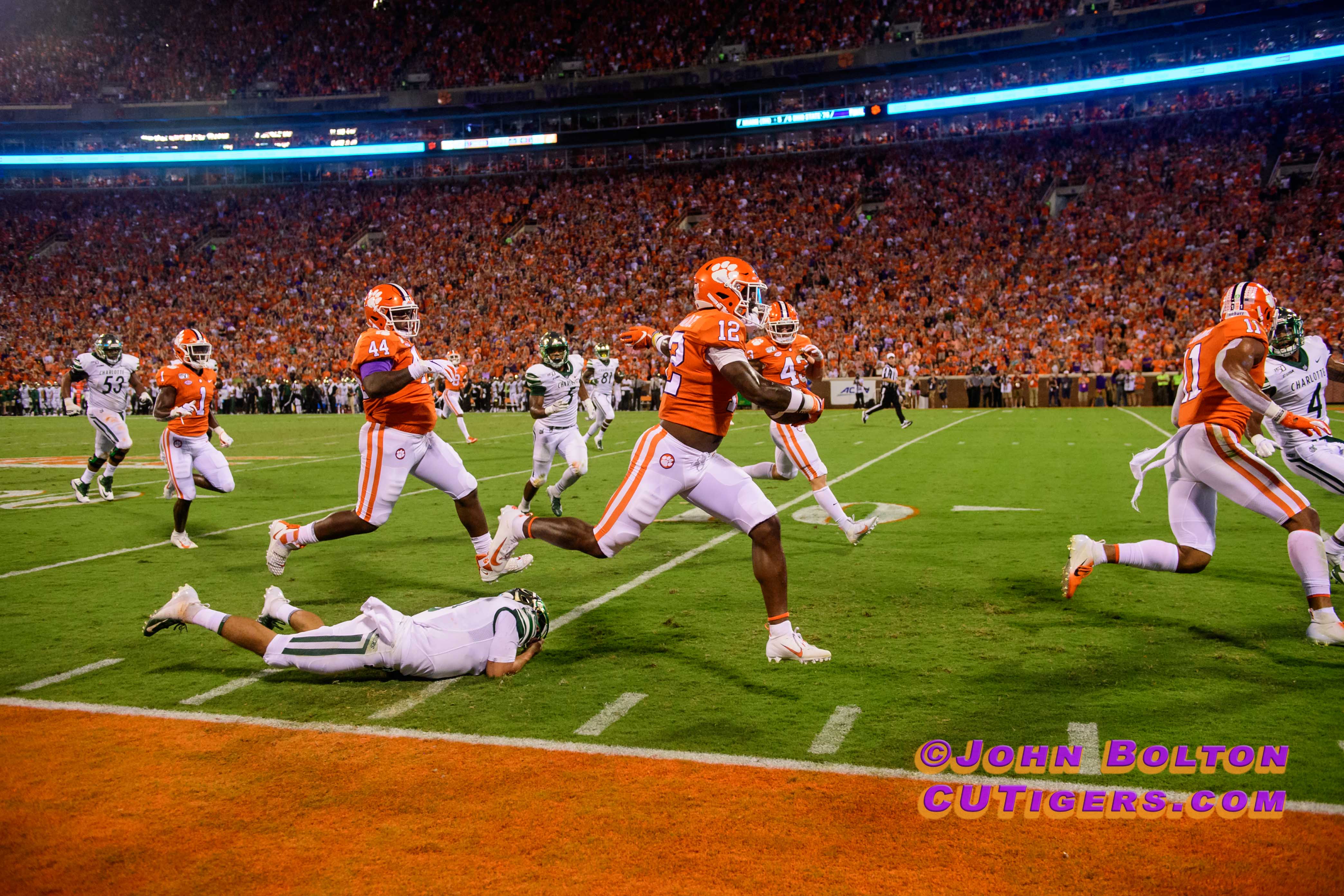 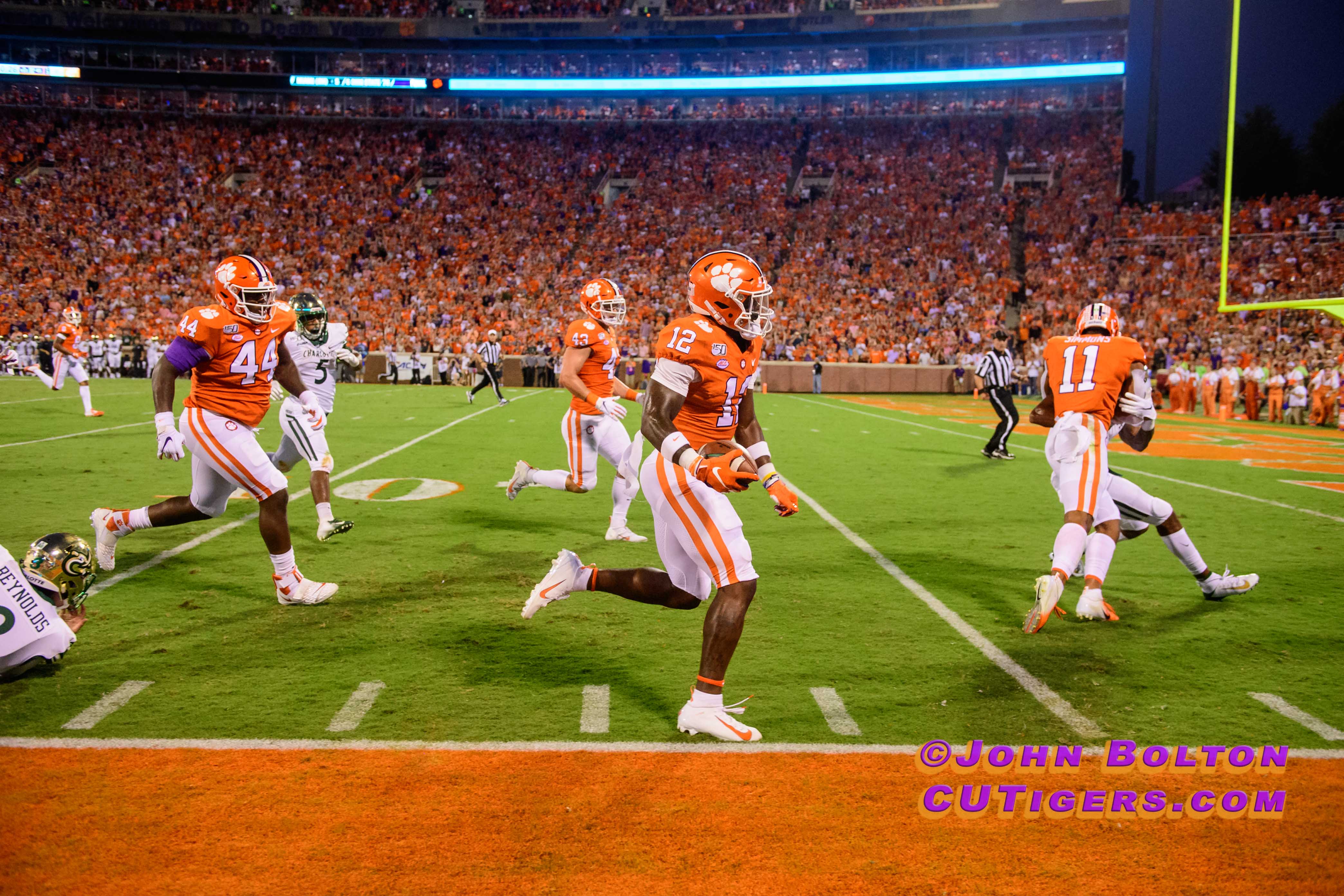 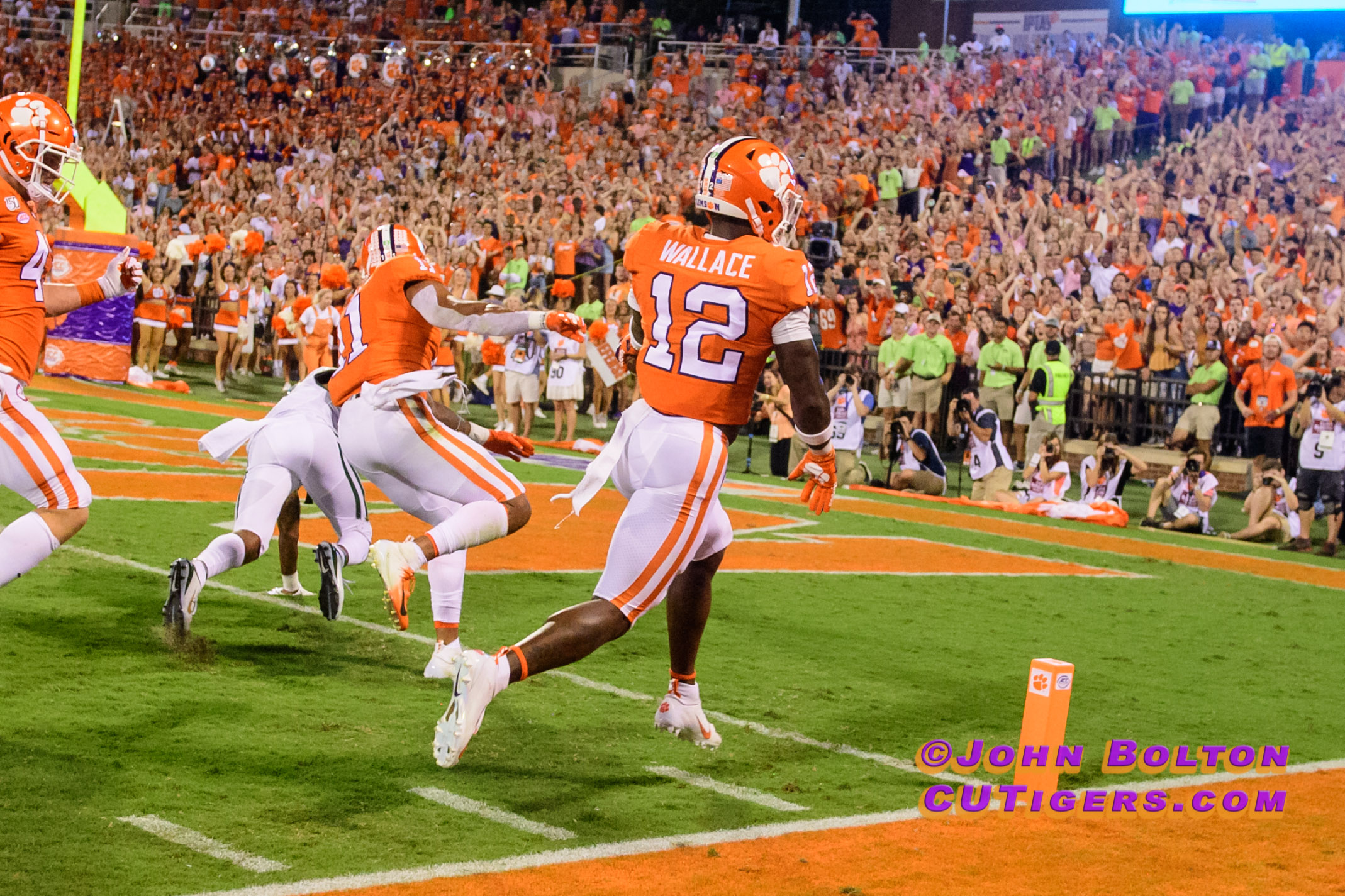 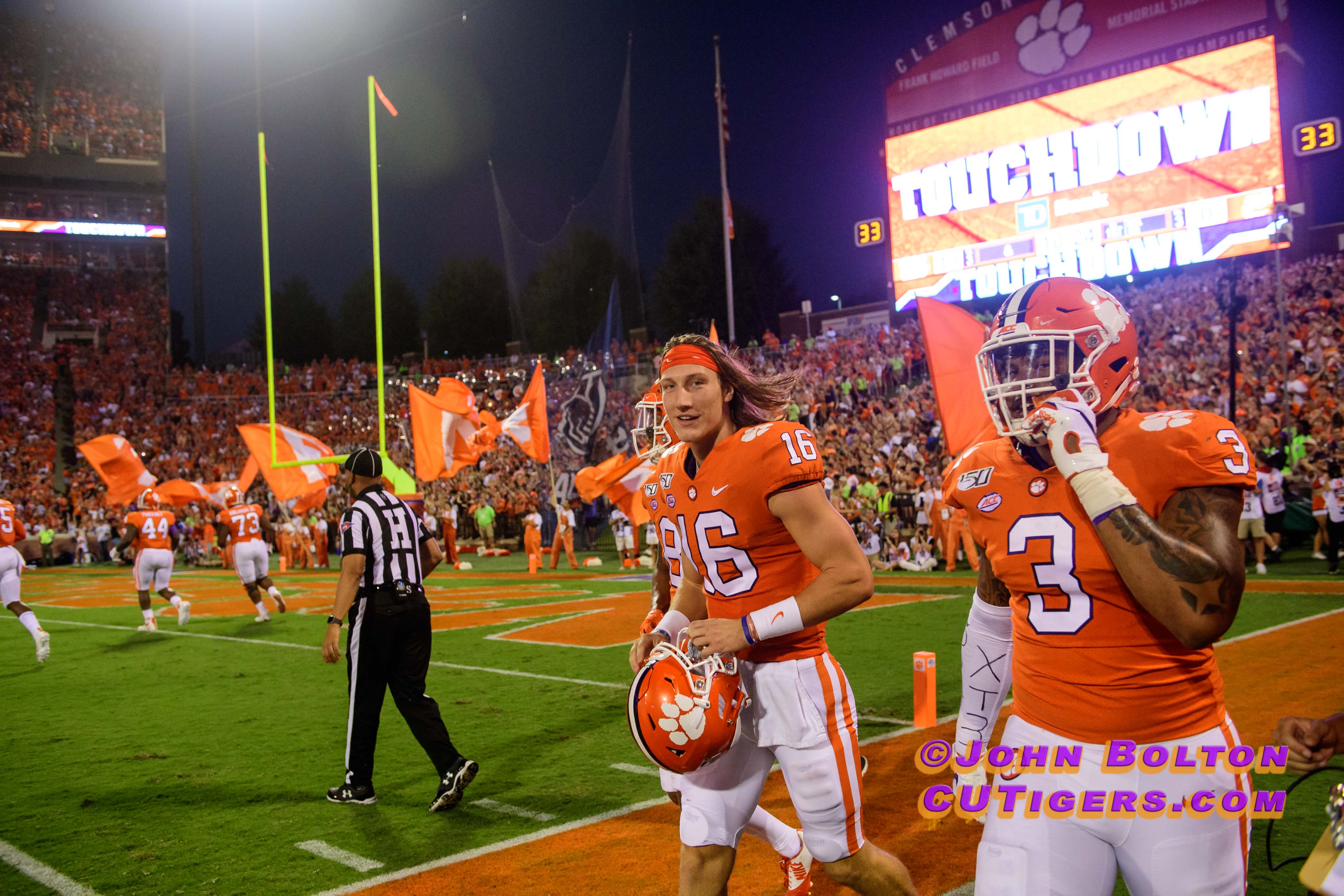 Cornell Powell scored his first TD of the season, having dropped a perfectly thrown fade from Chase Brice for a TD in the opener. True freshmen Joseph Ngata and Michel Dukes scored their first career touchdowns as well. The true freshman running backs, Mellusi and Dukes, have each scored their first TD’s in consecutive games. Etienne scored his first TD since his hattrick in the opener, and Lyn-J Dixon scored his third TD of the season with a high-flying summersault over the pile.

On special teams, Amari Rodgers posted his first big punt return of the season for 20 yards, and Spiers had his best career punt—64 yards to the one yard line. Potter made his only field goal attempt from 22 yards, and even the backup kickers got into the game. Sawicki got to make a couple PAT’s, and true freshman Aidan Swanson had a 30-yard punt and a kickoff for a touchback.

On the down side, the Tigers lost the turnover margin for the second straight game after winning it for five straight. Freshman QB Taisun Phommachanh threw an interception and Will Swinney muffed a punt on the 12 yard line, leading to Charlotte’s only touchdown. Swinney made a nice 20-yard catch after that, though, and his little brother Drew made his first career catch for 11 yards. Phommachanh also redeemed himself with a touchdown drive after the interception.

During halftime, a film crew for Disney was on location to shoot footage for the movie Safety, based on former Clemson player Ray Ray McElrathbey, who was granted legal custody of his little brother Fahmarr in 2006. For the first time ever, there was a second running down The Hill, with actors wearing replica Clemson uniforms from the Tommy Bowden era. The Death Valley crowd did a great job keeping their seats and simulating the Most Exciting 25 Seconds in College Football. 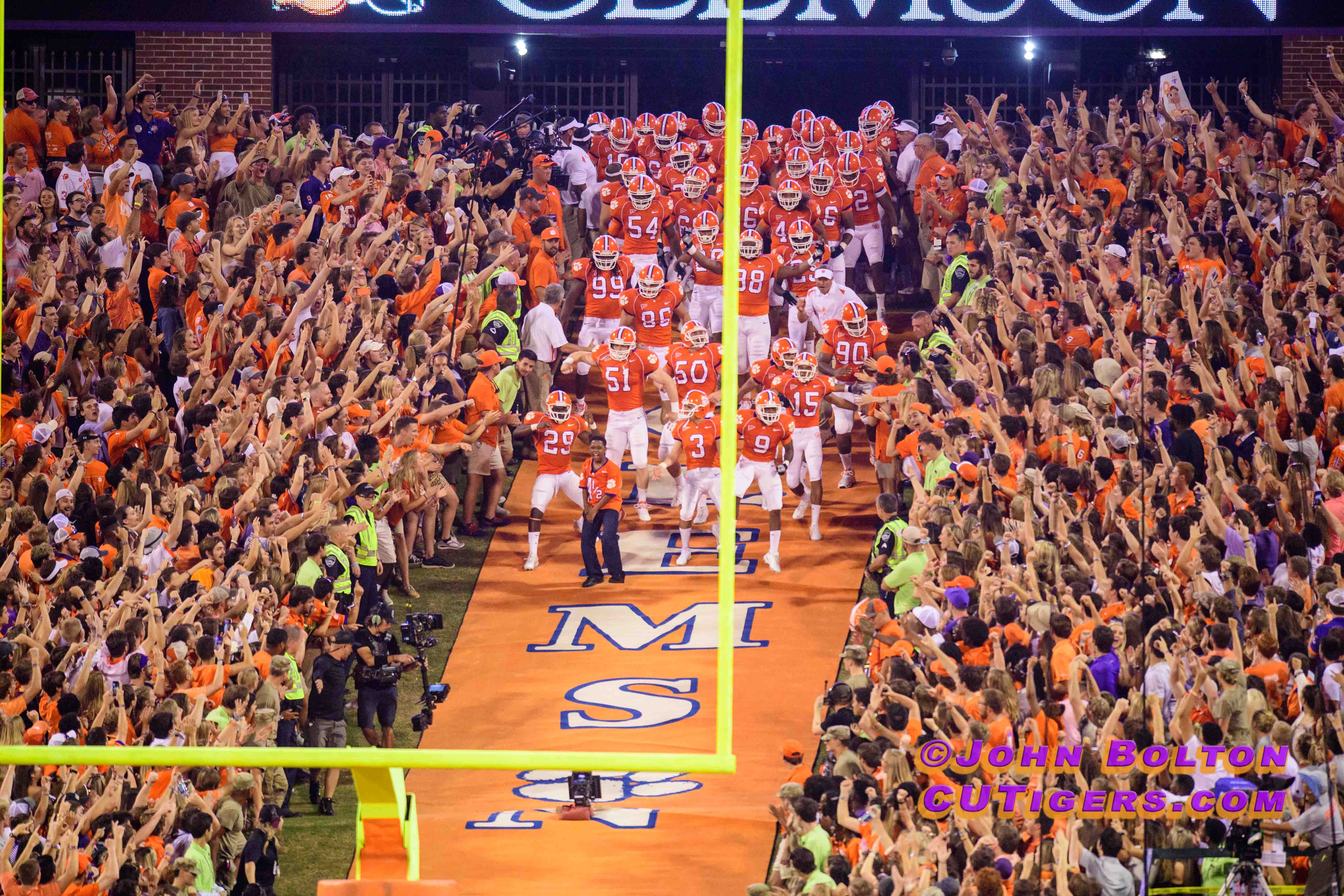 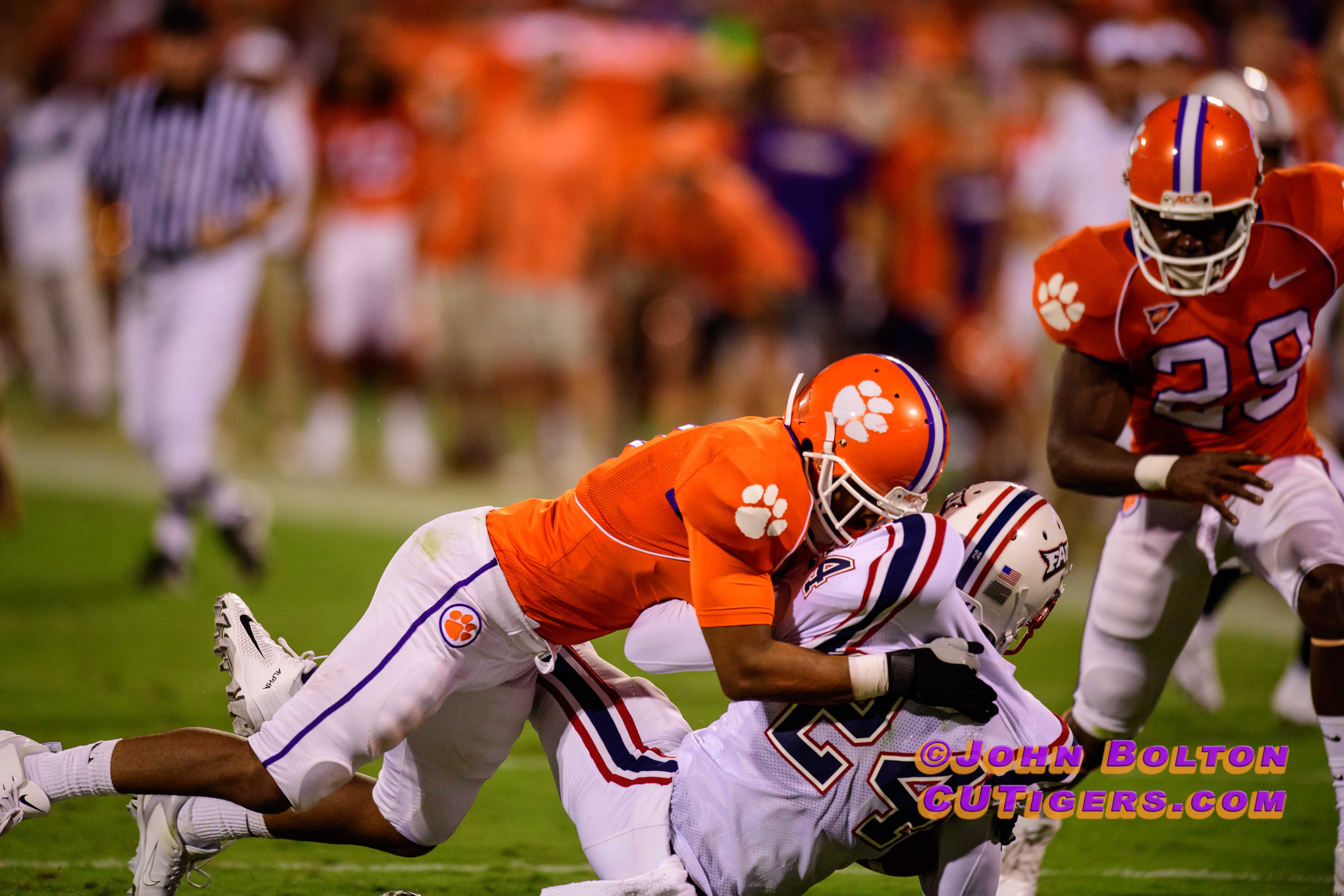 The Clemson locomotive is chugging away at full force and will continue to steamroll opponents en route to another ACC Championship. The Tigers have extended their school record and nation-leading active win streak to 19 games, and they would have the all-time record for consecutive wins by 20 points or more if not for a TD scored by A&M with 6 seconds left on 4th down. The defense has exceeded expectations by far, allowing just 10 points per game, and it will continue to get stronger as the season goes on. Last year’s crew led the nation in scoring defense at 13 points per game. Next up is a date with Mack Brown and UNC in Chapel Hill, where the Tigers lost in their last visit back in 2010. That was Nuk’s freshman season, and he was the lone weapon at wide receiver. How times have changed! The Mack Brown revival started strong with upset wins over SCAR and Miami, but they’ve lost a couple heartbreakers to Wake and App State in the last two weeks. Keep it right here all week for our coverage leading up to the game, and don’t forget to check back for our Sunday evening teleconference with Dabo!