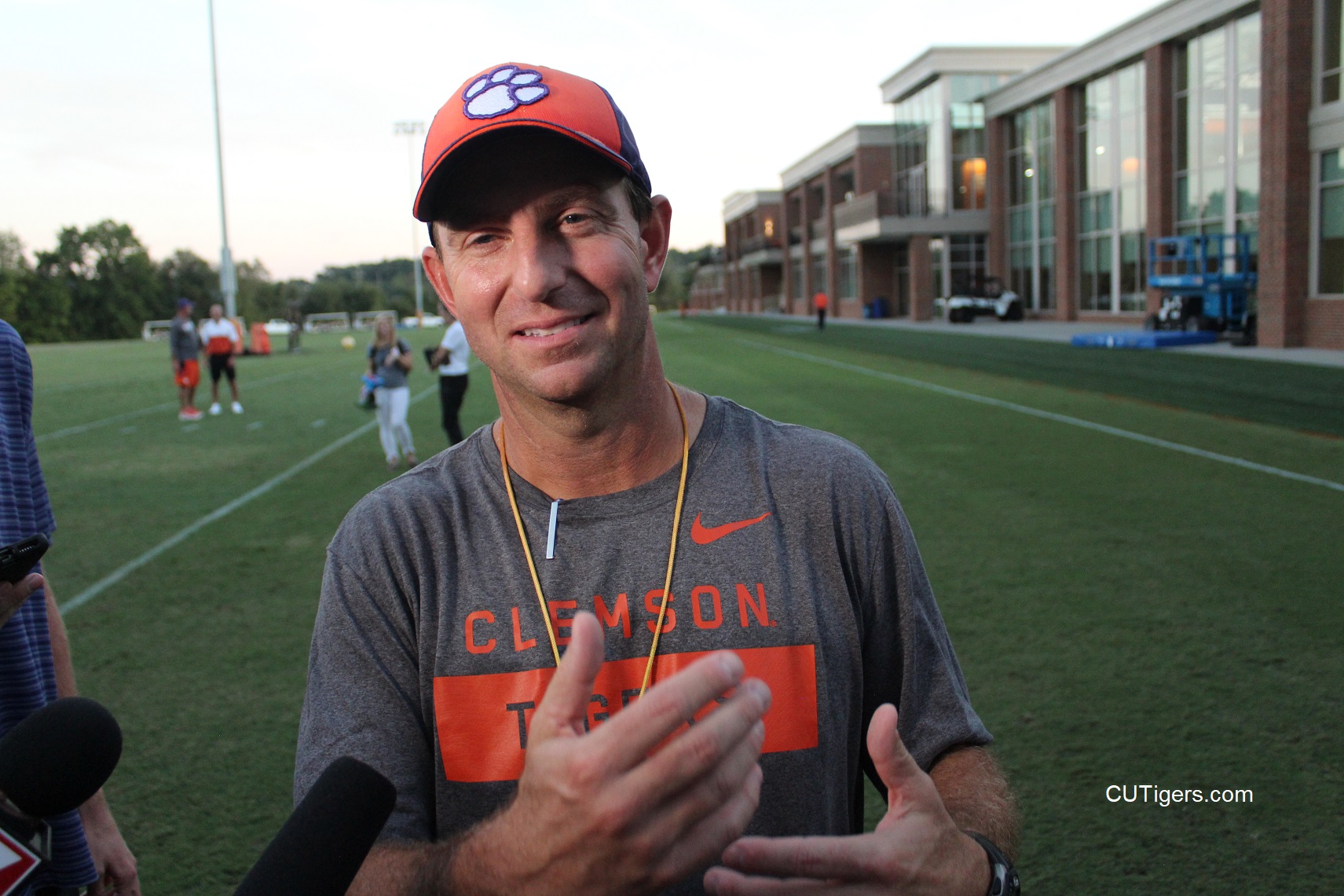 We had our weekly interview with Dabo after practice, and he had just finished spending time with the Clemson LIFE group, one of his favorite events of the year. He spoke a little about how much joy those kids bring to him and the team, recalling his days at Alabama when he would see Gene Stallings's son, John Mark at practice every day. One of the unique and truly touching things about Dabo is his connection with Downs Syndrome kids, and I'll have some photos and video footage for you in a bit!
As for Saturday's game in Chapel Hill, the Tigers are in great shape. I asked Dabo how much of an undervalued weapon B.T. Potter is on kickoffs. Nobody talks about it, but he's had 18 touchbacks in his 21 kickoffs this season, and who knows how many yards and points that has saved the Tigers. I pointed out to Dabo that they might have won that 2015 National Championship if they had Potter on kickoffs back then. He countered by saying, "Or if we could tackle." Dabo's philosophy is that it shouldn't matter if you get a touchback or not and that the coverage unit has a responsibility to do its job. He said they spend as much time on kickoff coverage as anything, and they go into every kick with the assumption it's coming back out. However, he did acknowledge that it's a nice luxury when you have a guy like Potter kicking off.
The full interview is below!