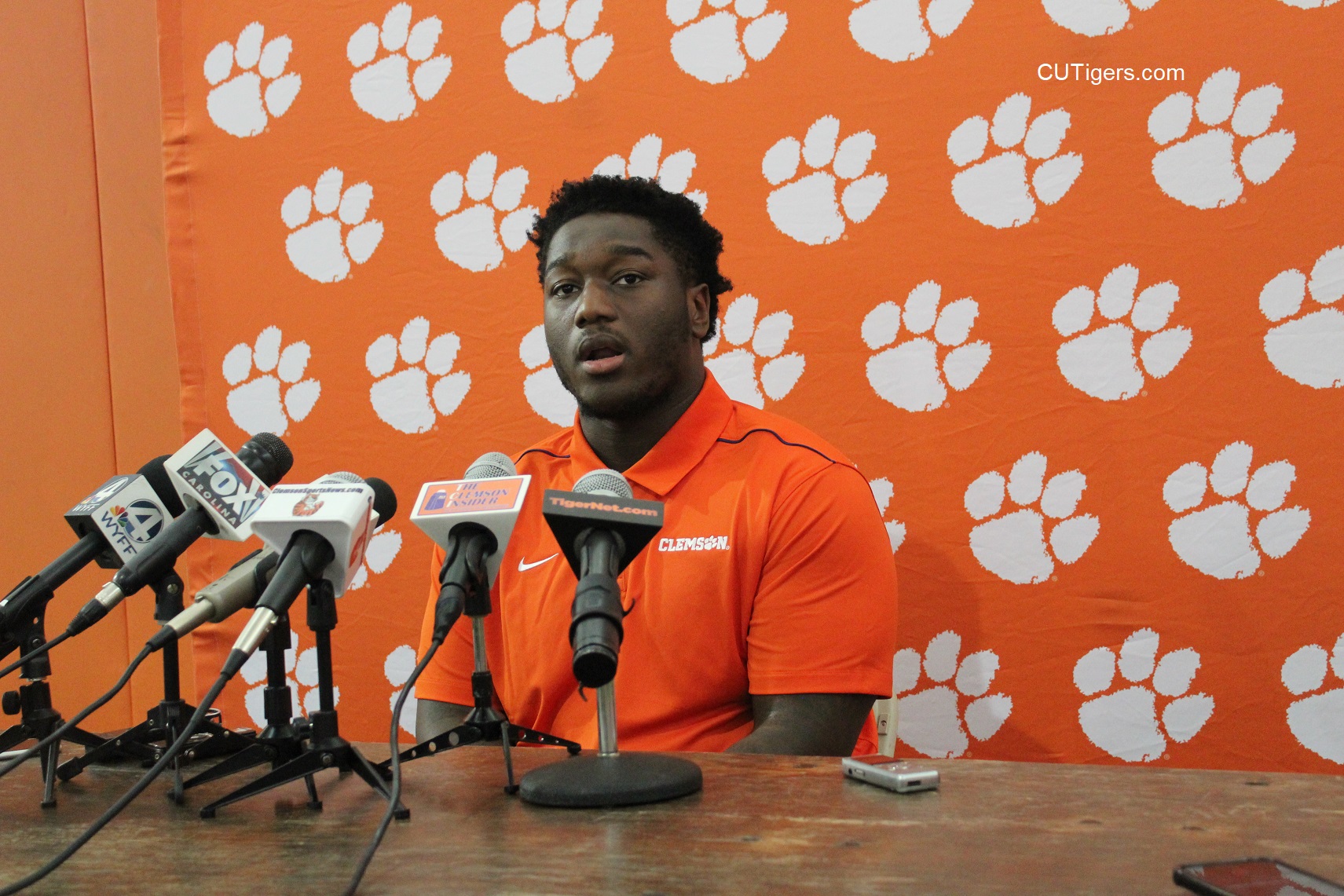 Although the Tigers have a bye this week, we spoke with several players about the narrow win at North Carolina and upcoming game against Florida State. I asked John Simpson and Gage Cervenka about the chronic false starts on Saturday. Simpson had two, and the team had four in the second half alone, and those penalties were a contributing factor to the game being so close. Neither of them seemed to have an explanation they could put their fingers on, however. They also both thought they ran the ball reasonably well, and the backs did average over 4 yards per carry, but they only had 18 carries in the game. Jordan Williams, Nyles Pinckney and Nolan Turner discussed the defensive play and the big goal line stand on the 2-point conversion. You can watch all of their interviews below!
We also spoke with Coach John Rittman and three of his veteran transfers on the Clemson Softball team to discuss their upcoming inaugural season. The new stadium is still under construction, but they will have their first practice on the field today! Rittman was head coach of a great Stanford program for 18 years, taking his team to the College World Series twice. He also coached on Team USA for 10 years. Our interviews with them are below!
Finally, we had our weekly conference call with Dabo this evening since he will not have another press conference until next Tuesday. He reiterated several of the things he told us after the game in Chapel Hill--that the game revealed much that the team needs to work on but that he is proud that they could play so poorly on the road and still come away with a win. Players of the Game were Tee Higgins, Isaiah Simmons, Joseph Ngata and Will Spiers on special teams. Tanner Muse tweaked his hamstring on Saturday, but the team is in good shape. The full audio and all of our interviews are below!