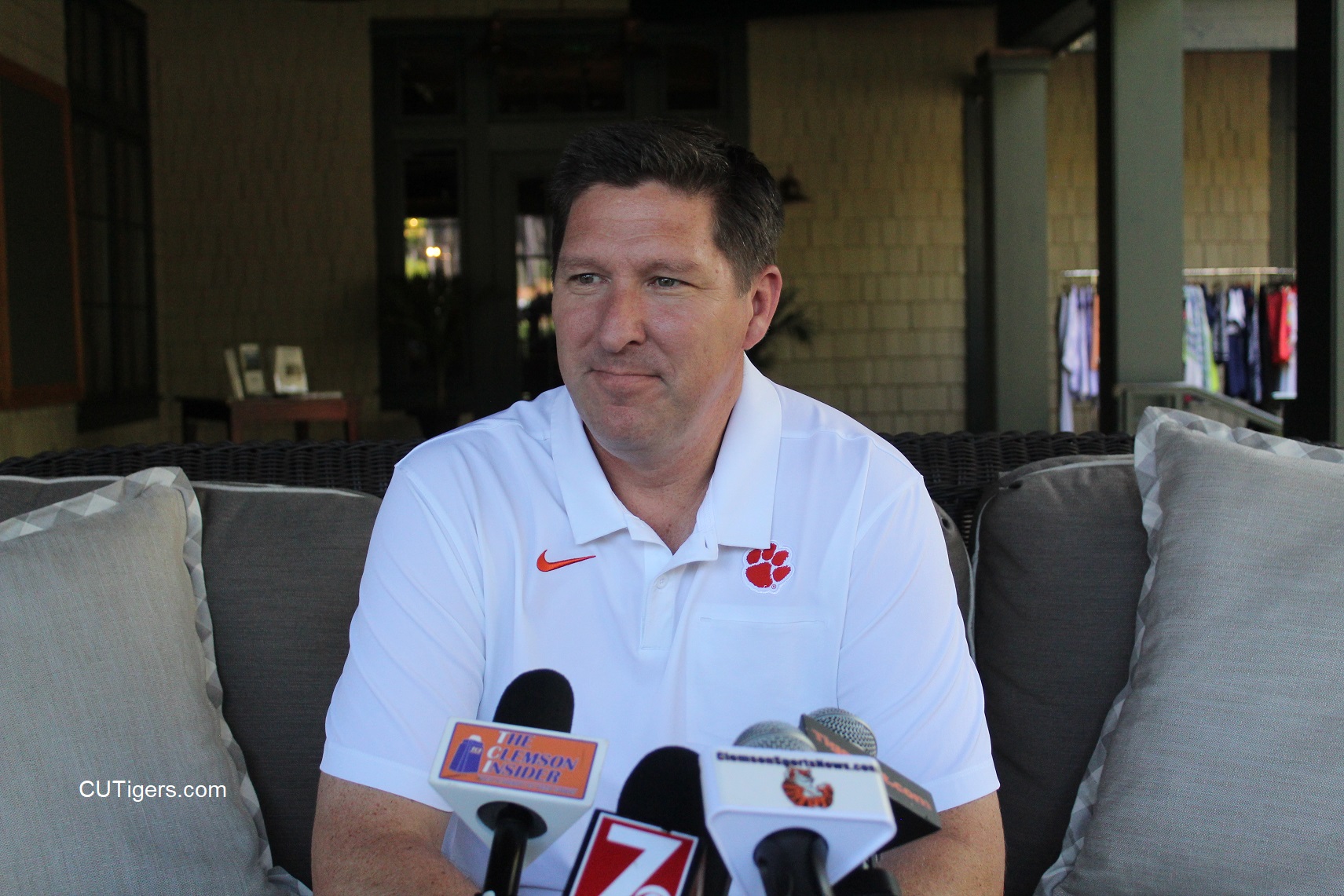 We had our annual Clemson Media Day for Men's and Women's Basketball at the Reserve on Wednesday and spoke with Brad Brownell, Amanda Butler and assistant coaches about the upcoming season a month away.
Brownell and his assistants are optimistic about this season's squad despite the loss of four starters from last season: Marcquise Reed, Shelton Mitchell, Eli Thomas and David Skara. Brownell said that this team is a little different in the sense that there is no returning superstar like Reed or Blossomgame, but I believe that superstar could emerge in Aamir Simms, the only returning starter. Simms provided a glimpse of that in the semifinal game at the World Games in Naples last summer, when he put the team on his back for the first time and scored 27 points with 16 rebounds in the 2-point win for the United States. The Tigers, of course, would go on to win the Gold Medal, and that should go a long way to building confidence and chemistry for a team that has several new faces. The Tigers won four of those games by three points or less, which reversed a trend from last season that saw them lose several close games, costing them a return trip to the NCAA Tournament.
I asked Brownell about the new 3-point distance this season, and he thinks it will have a substantial impact on the game as a whole. He said it probably won't affect the elite shooters much, but the marginally good 3-point shooters will be affected. He said the Tigers will likely need to shoot the ball from outside more this season because of their lack of size. They've had a bit of a head start with the new 3-point line in their NIT games last season and the international tournament in Naples in July.
Brownell and the coaches said that Jonathan Bahre and Clyde Trapp are both rehabbing well from their torn ACL's. However, with both injuries occurring in June, I wouldn't expect to see them in action until the second half of ACC play. Graduate walk-on transfer Paul Grinde has joined the team recently, and Brownell told me he could provide some depth in the front court in Bahre's absence. Grinde is a big body at 6'10 and 300 pounds.
The Tigers open their season early with a rare ACC-opener on November 5 against Virginia Tech in Littlejohn. They will also play at Florida State in December as a part of the new 20-game ACC schedule this season. They played 18 ACC games last year, and it was just 16 at the beginning of Brownell's tenure at Clemson. These additional two ACC games have diminished the non-conference schedule somewhat. The Tigers have played some tough non-conference opponents in recent years, such as Ohio State, Florida, Mississippi State and Arkansas, and you probably won't see games like this anymore with the brutally tough 20-game ACC schedule. The Tigers will still, of course, play the Gamecocks every year.
All of the Media Day interviews are below!