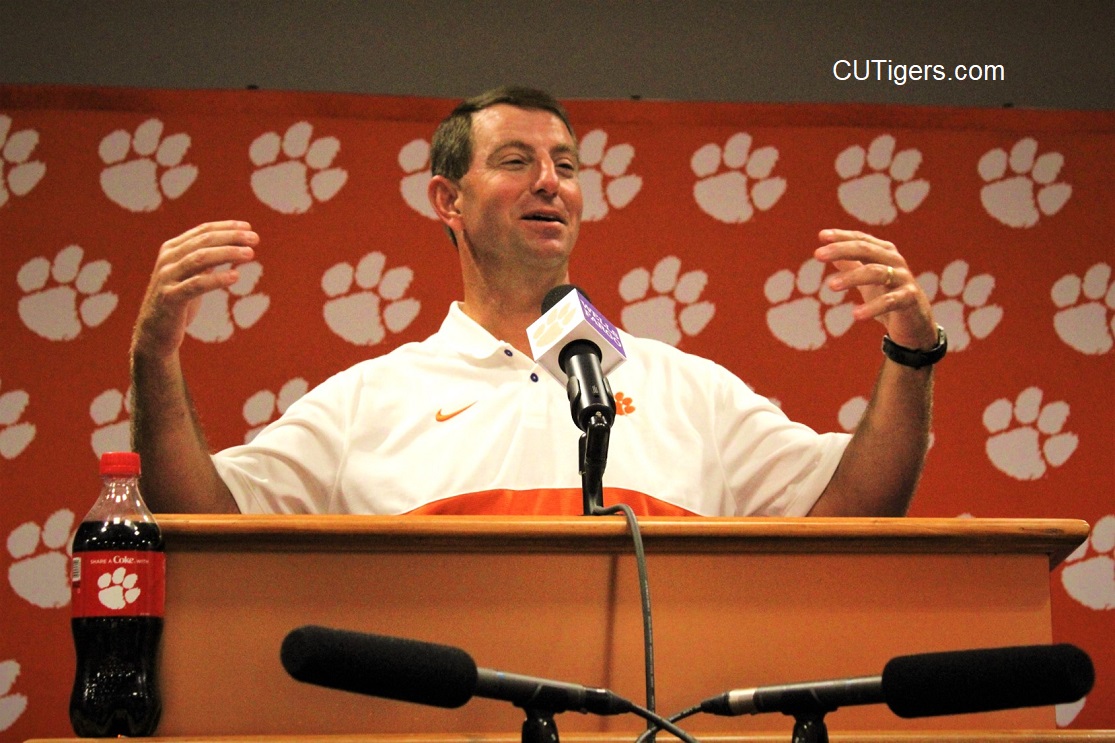 CLEMSON, SC - Dabo held his regular weekly press conference on Tuesday after the team had off last week, and there was no shortage of folksy quips and Daboisms. He even broke out the "ROY Bus" for the first time since last season, saying he had to pull the tarp off it last week and kick the tires because they're back on the ROY Bus. Obviously, Dabo was referring to the fact that Alabama inexplicably jumped the Tigers in the polls last week, even though the Tigers' schedule so far has been harder, and Alabama allowed 31 points at home against a bad Ole Miss team before jumping to No.1. Incidentally, it was the first time since 2015 that the AP No.1 team dropped after a win, and it only happened that time because the Tigers were ranked No.1 in the first release of the CFP rankings. You'd have to go back 10 years to find the last time the AP No.2 team beat an unranked team and jumped over an unbeaten No.1 team! Add to that the fact that the Tigers humiliated Alabama 44-16 just 9 months ago in the National Championship, and it is absolutely baffling that the AP voters moved Alabama ahead of Clemson, but it plays right into Dabo's hands. For those who were in a coma last season, ROY stands for "Rest of Y'all." Dabo said they used the acronym when he was a kid, and now it applies to all those who are not Alabama.
We also spoke with Sean Pollard and had a splendid interview with PAW Journey Ambassador Darien Rencher. It's definitely worth a listen! After battling injuries, he walked on and earned a scholarship. He is probably the biggest spiritual leader on the team, and guys like him are invaluable to a team's success both on and off the field. The TL Hanna grad from Anderson is still tight with former Hanna teammate Ben Boulware, and he tells a funny story about visiting Ben's gym. Dabo's PC and the interviews are below!
MONDAY COACH AND PLAYER INTERVIEWS HERE