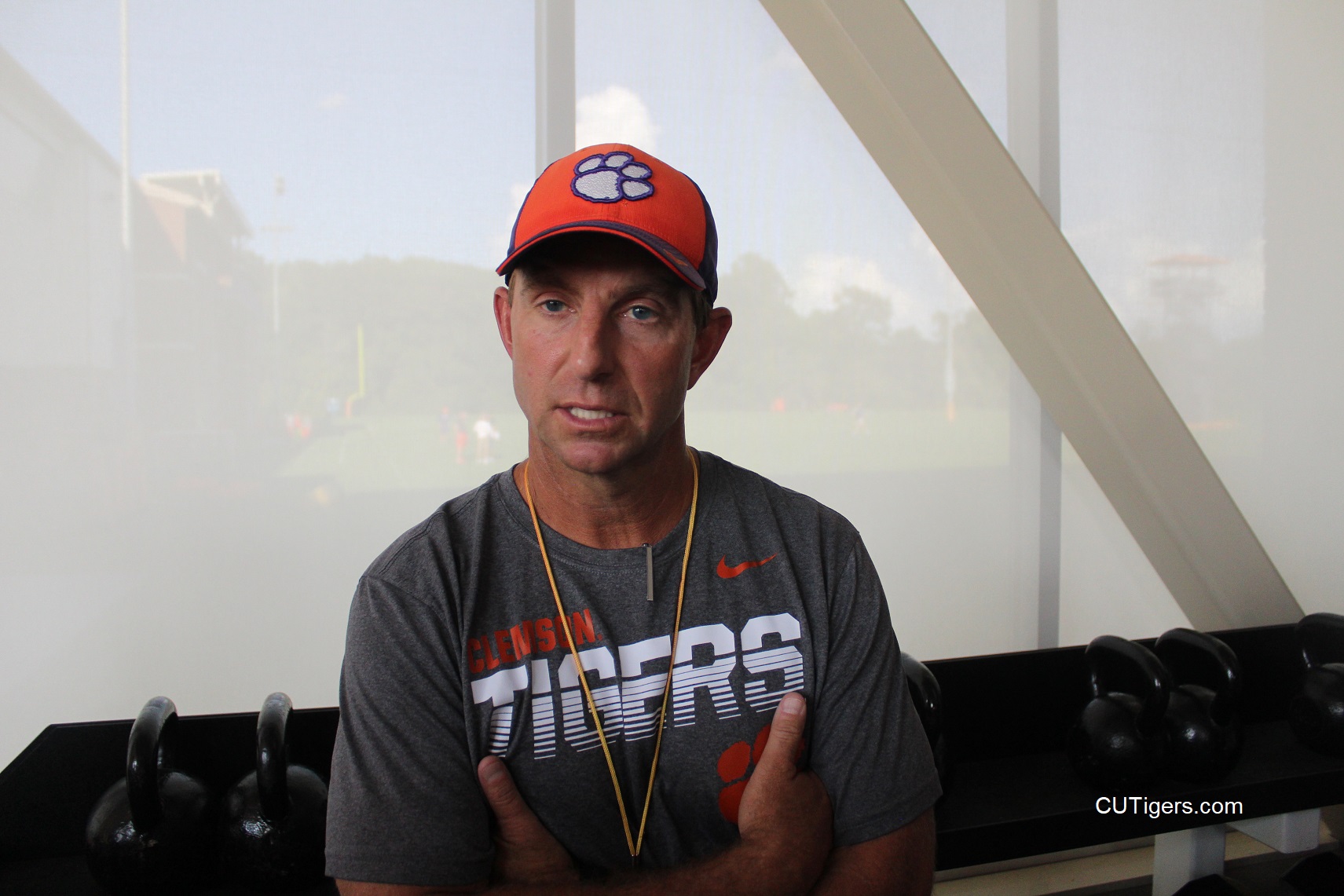 I wasn't able to make it tonight, but the media met with Dabo after practice and Jeff Davis to talk about PAW Journey. Dabo went on a bit of a rant when he was asked if Trevor had an MRI. That was information that was leaked out, and someone from the media texted Dabo last night to ask it it was true. As Dabo pointed out, players routinely get MRI's whenever they get a bump or bruise, and it doesn't necessarily mean anything. It's just a matter of an eager beaver from the media (I can guess who) trying to make a story when there is nothing there. Classic "fake news." Dabo is clearly frustrated by everyone making as if Trevor is having a terrible season or a "sophomore slump." Nothing could be further than the truth. He may miss a throw here and there, but he has played even better than last year in some ways, especially in using his legs to extend plays, make first downs and score touchdowns. He set a new career high with 395 passing yards just a few weeks ago on the road at Syracuse. The problem is so many in the media expected him to play every game this season like he did the two playoff games, and that is just not realistic for anyone. He just turned 20 years old this week, and he is still learning on the job. People also don't realize that you get better as the season goes on. He missed a lot of throws at this time last season too, but by the end of the season he was nearly perfect. You can expect everyone will be back on the Trevor bandwagon by December!
Videos are below, courtesy of Gary from CSN.