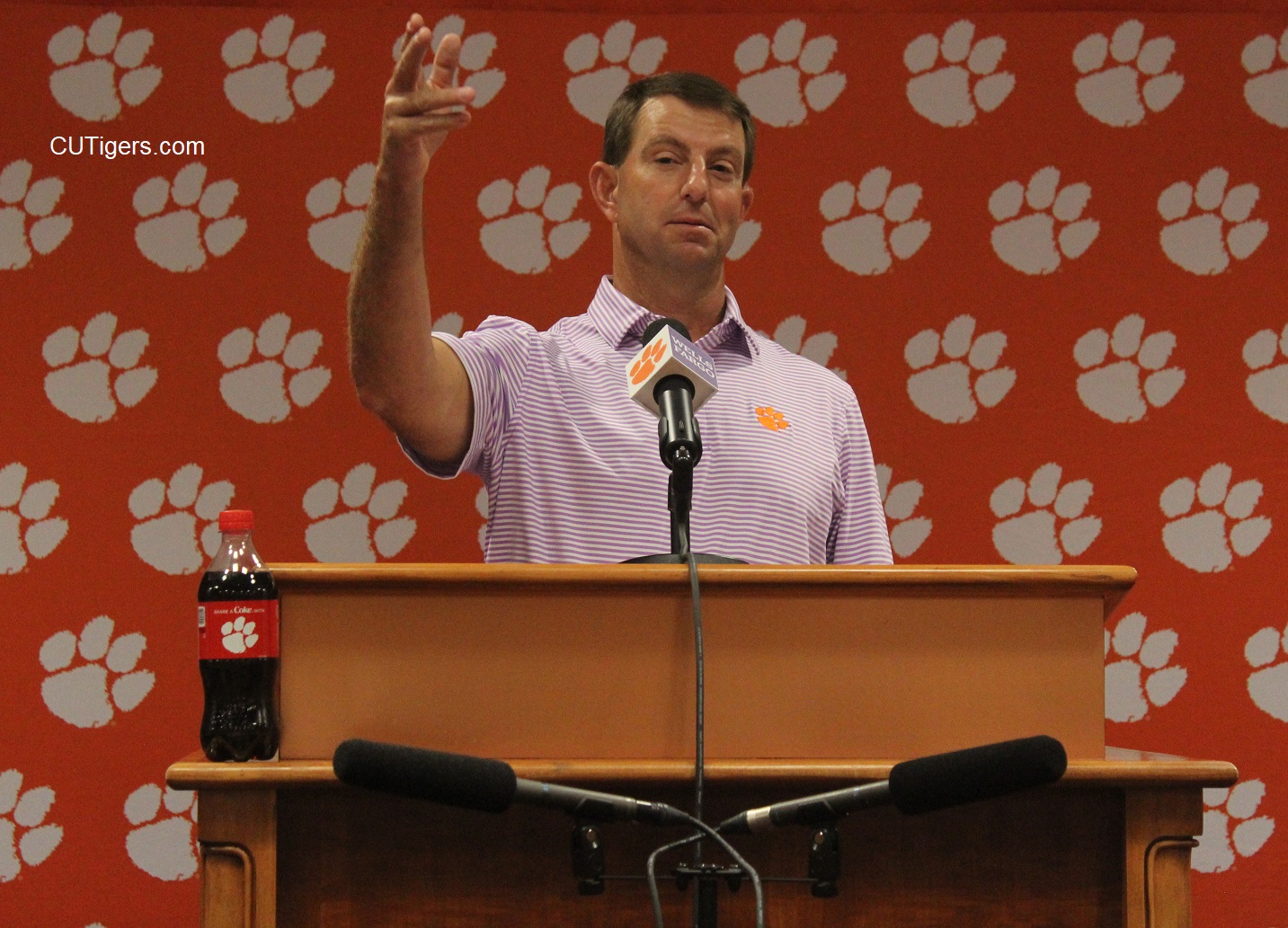 Dabo held his weekly press conference on Tuesday, and I asked him if Potter responded the way he'd expect him to. Dabo said he did and had a good practice yesterday. They'll use him if they need a long field goal on Saturday, but for now it's Sawicki on the short ones, inside 40 yards or so. Potter, of course, will still be the starter on kickoffs. We spoke with Steven Sawicki for the first time today, and he told me he wasn't nervous at all when he lined up for the first field goal in his Clemson career on Saturday. He said it felt just like practice. We'll see if he still feels that way in front of a hostile Louisville crowd on Saturday. Sawicki said he is comfortable from up to 50 yards. It will be interesting to see if Dabo feels that way as well or if he uses Potter on an attempt from 48 to 50 yards.
I also asked Dabo how much of an emphasis will be on getting the offensive line dialed in on the snap count this week. They had 5 false starts in their last road game at Chapel Hill and two more on Saturday in Death Valley. Louisville is likely to be much louder than Chapel Hill was, so the line will have to be focused on the cadence or the silent count. Dabo didn't seem concerned about it in the least, pointing out how much experience the offensive linemen have in big atmospheres, like the National Championship. He said they will be just fine.
We also spoke with James Skalski, Amari Rodgers and Jordan McFadden. I asked Skalski if he felt like the defense doesn't get the credit they deserve for how well they have played in the first half of the season. All of the rhetoric coming into the season was that the Tigers lost nearly their entire front seven, including the entire starting defensive line, and may struggle on that side of the ball. That hasn't been the case at all. To the contrary, the Tigers are No.3 in total defense, No.6 in scoring defense, and they are top-10 in the Power Five for both sacks and interceptions! The only game in which the starting unit allowed more than 10 points was at UNC, and outside of one big play early and a late 4-down drive, they were suffocating in that game as well. Skalski's response? He said he wants the media to keep doubting them. Well, he may get his wish from those at ESPN, but this is one member of the media who has never doubted them. I said preseason that this would be another top-10 defense for Venables, and they are well on their way to being just that.
Dabo's press conference and the player interviews are below!
MONDAY COACH AND PLAYER INTERVIEWS HERE