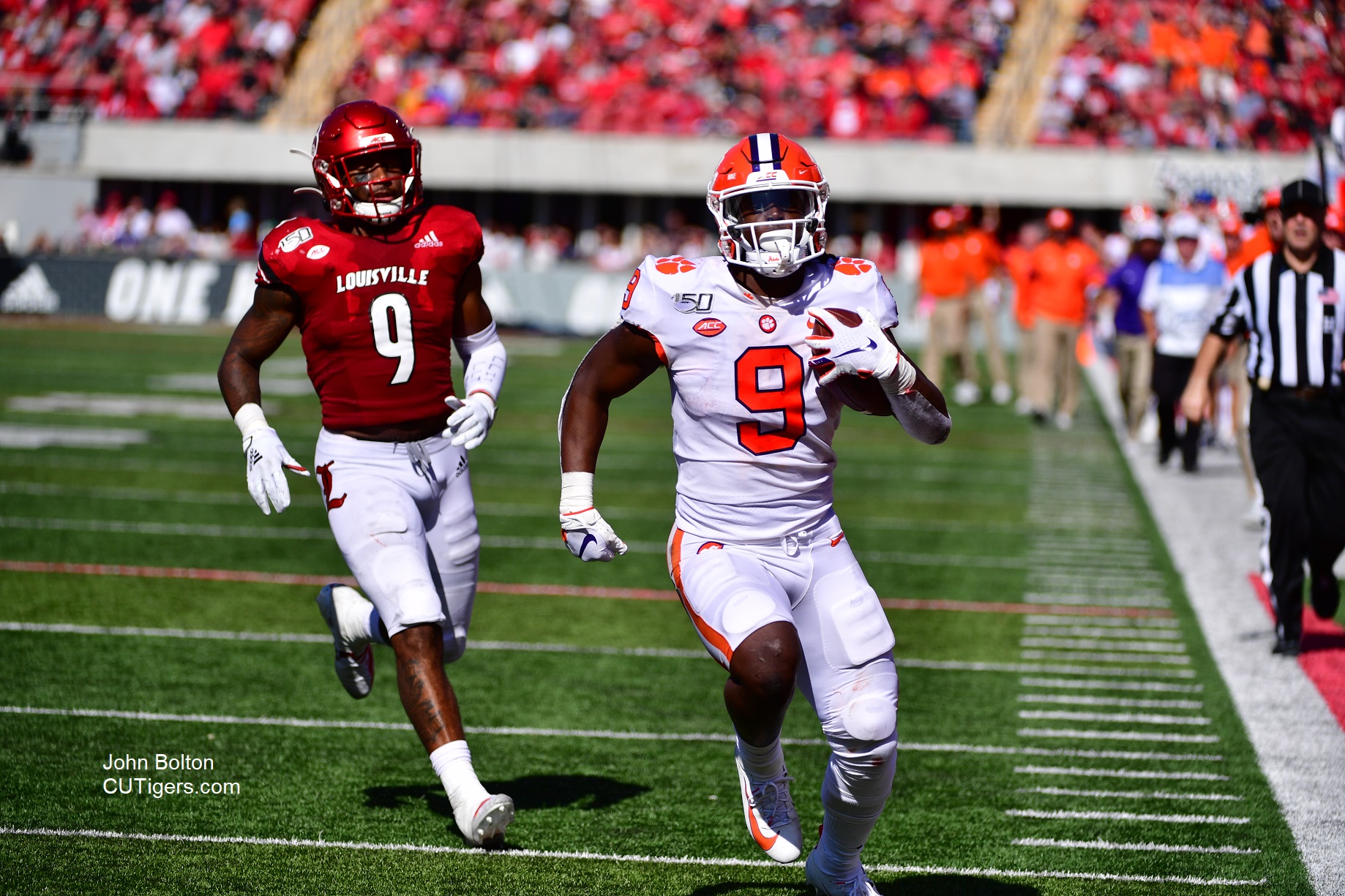 
NO.2 CLEMSON CONTINUES DOMINANCE, RUNS AWAY FROM LOUISVILLE 45-10 FOR 22ND STRAIGHT WIN

Photo by John Bolton CUTigers.com
LOUISVILLE, KY - It was an ugly first quarter for both teams, trading turnovers back and forth for a combined 3 points, but the one constant was the Tigers' stifling defense, which held the Cardinals' high-powered offense to just 3 points until late in the game and 263 total yards.
Trevor Lawrence played the worst quarter of his career in the first, throwing two perplexing interceptions in the Louisville end zone--both of which were highly uncharacteristic. He also missed high to a wide-open J.C. Chalk for at least a first and goal and possibly a touchdown. However, Trevor was able to put the bad plays behind him as all champions do, and he was sensational for the rest of the game, making two incredible tight-window throws in the back of the end zone in the 2nd quarter.
Travis Etienne was also sensational, rushing for 192 yards and a touchdown on just 14 carries. It was his best game since the opener against Georgia Tech.
The defense stole the show, though. Without First-Team All-ACC candidate Xavier Thomas, the Tigers were still able to wreak havoc in the Cardinals' backfield, recording 6 sacks and 11 tackles-for-loss, producing turnovers including 2 more interceptions. The Tigers were among the nation's leaders in interceptions coming into the game and now have 10 on the season. The first on Saturday was a big one by K'von Wallace in the end zone after Louisville was poised to score on its opening possession. 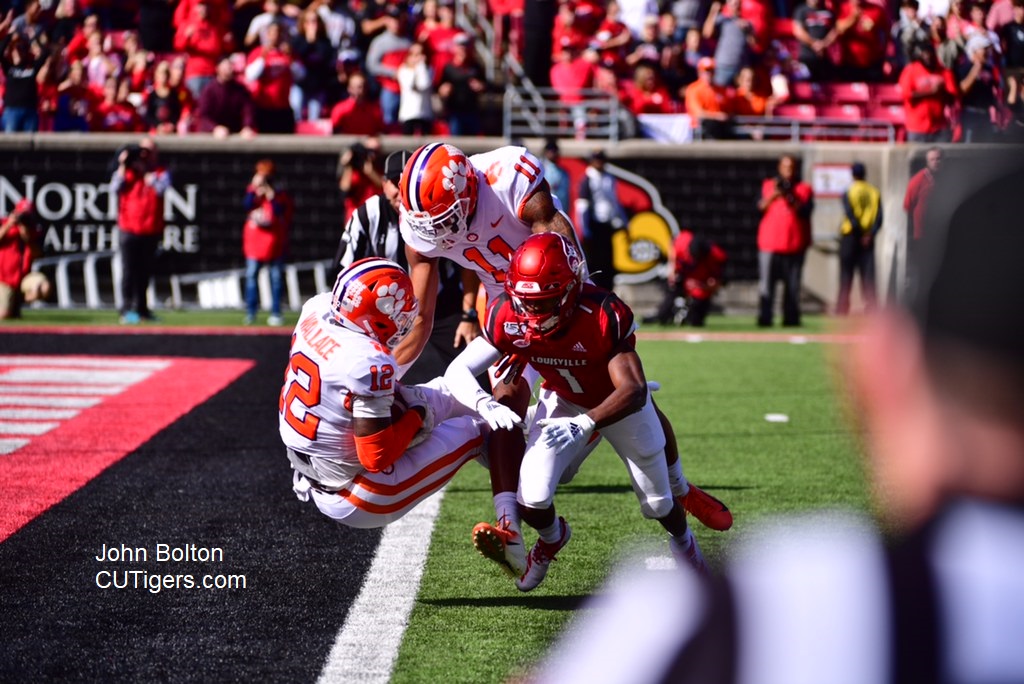 B.T. Potter worked his way back into Dabo's good graces by making a career-long 51-yard field goal for the Tigers' only points in the first quarter. He is likely the starter once again for the time being, as Sawicki missed his only attempt from 44 yards, but Potter will be on a short leash in the next game or two.
John Simpson left the game with an injury, as Derion Kendrick with turf toe. True freshman corner Andrew Booth was ejected from the game for throwing a punch after an altercation during a punt return. Both Dabo and Venables said the outburst was highly uncharacteristic of Booth, and he will be disciplined accordingly for his loss of control.
The Defending Champs have now won 22 straight and 22 of their last 23 true road games. Clemson is the only team in the nation with 6 wins versus the Power Five, and 6 of their 7 wins this season have been blowouts.
I have to hit the road but will have more for you tomorrow, so stay tuned!
POST-GAME COACH/PLAYER INTERVIEWS HERE