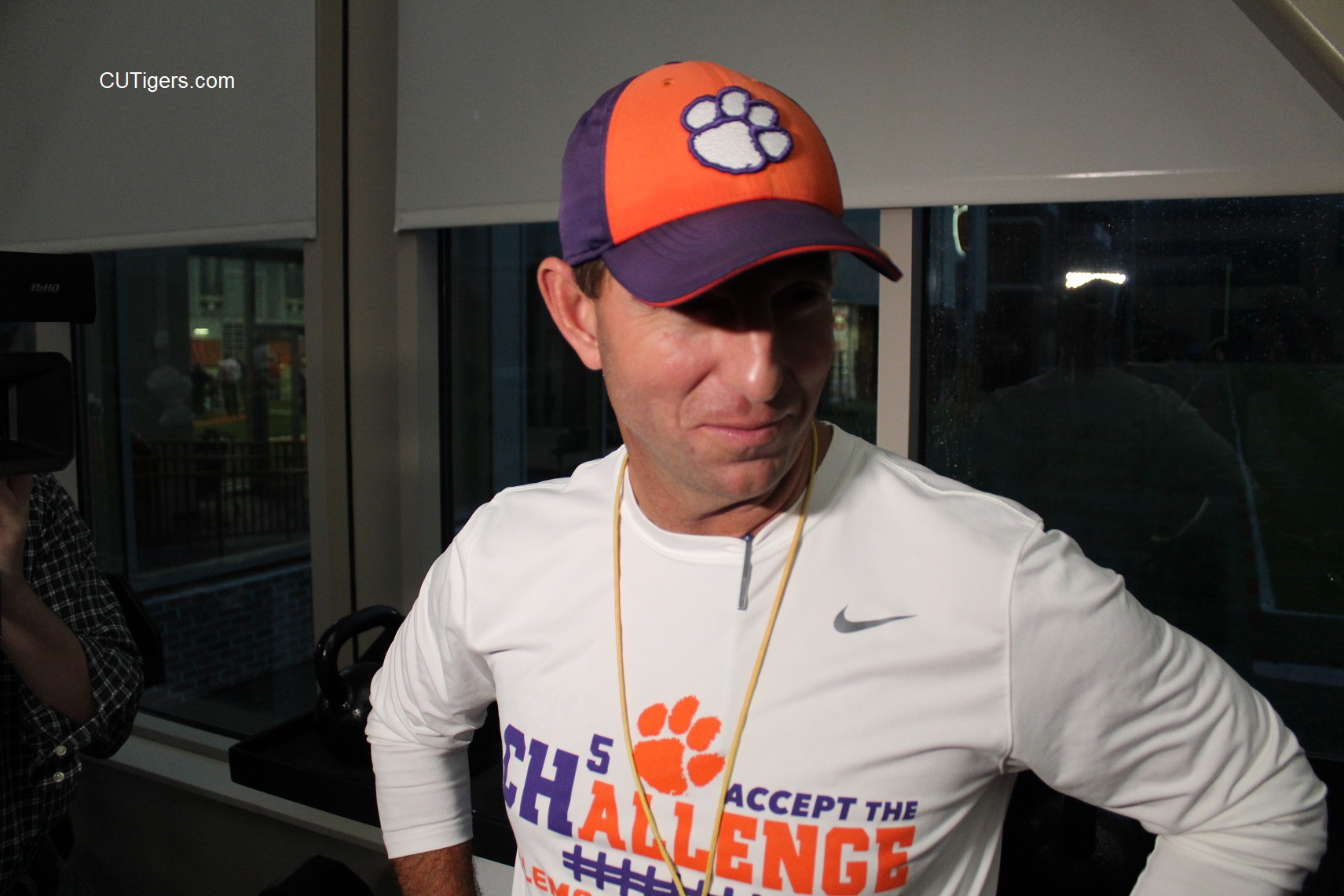 We had our weekly Wednesday post-practice interview with Dabo, and he told me Xavier Thomas was back in full pads today, but they’ll hold him on Saturday unless they need him. He also said Denzel Johnson would not play. He’s still nursing a bruised shoulder. He said Xavier Kelly, who I pointed out earlier did not play last week, had a hurt AC joint so they held him. He should be fine though.
Dabo also addressed the recent NCAA ruling on compensating players for their likeness, which is basically a non-story as far as Clemson is concerned in my opinion. As I expected, Dabo took the same stance he always has. He is for players being compensated in some way, just not the total professionalization of college sports. His preference would be to set up a trust fund and tie the money to getting a degree, which I agree with.
Finally, Dabo told me he’s rooting for the Nats in Game 7 tonight. Sorry, Deshaun! The full interview is below.
DABO PC AND COACH/PLAYER INTERVIEWS HERE