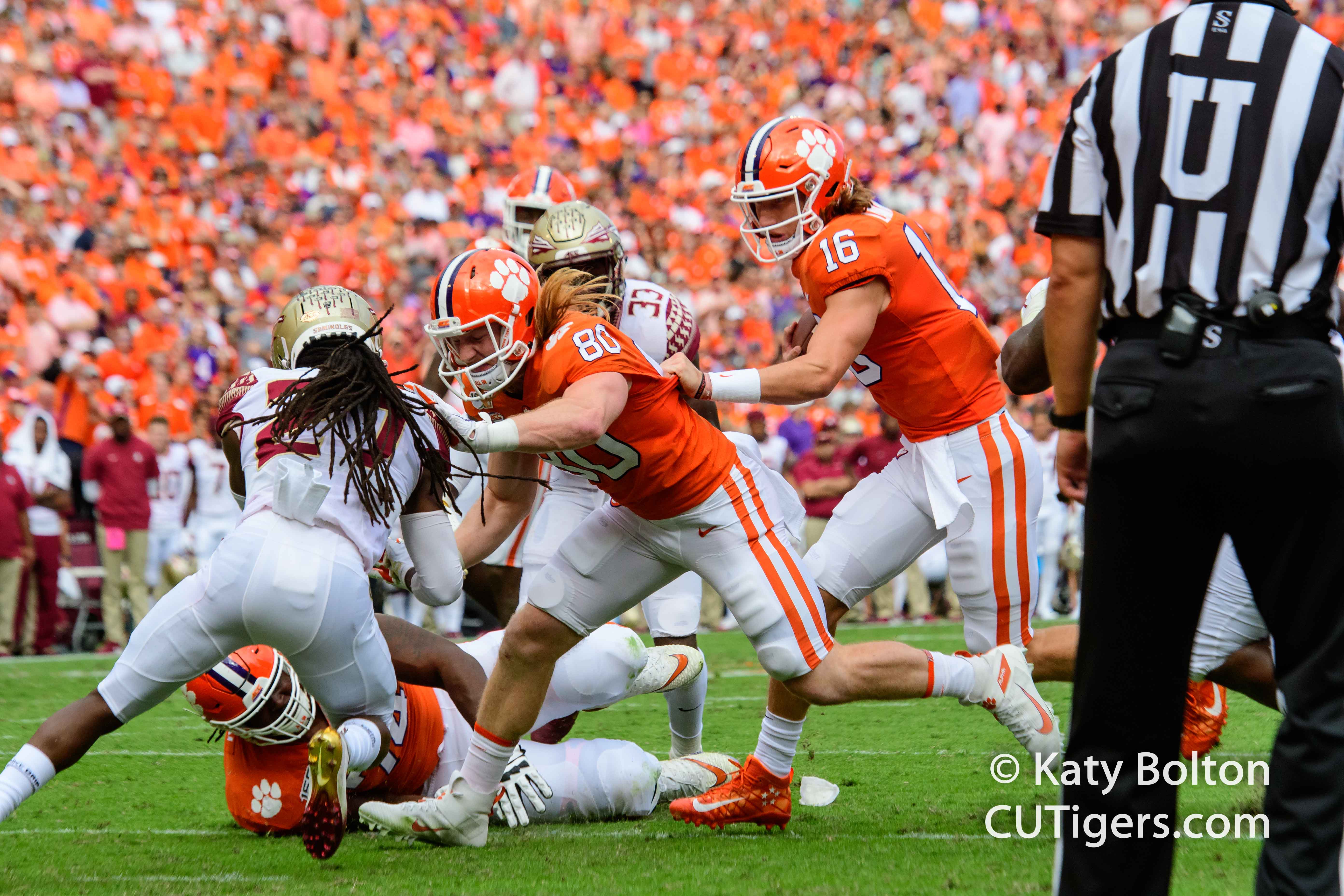 
FROM DILLON TO CLEMSON: SUCCESS COMES AT A PRICE 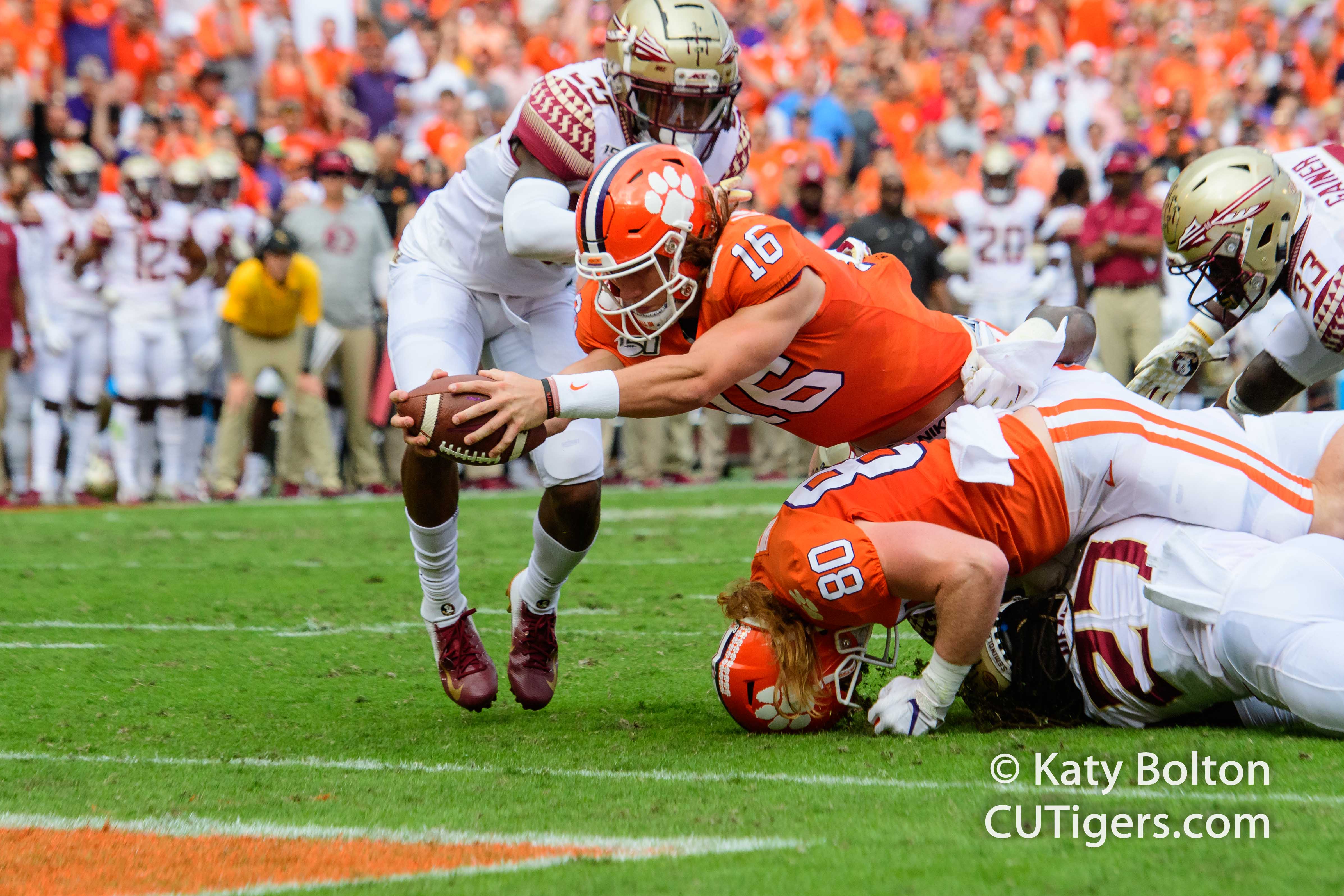 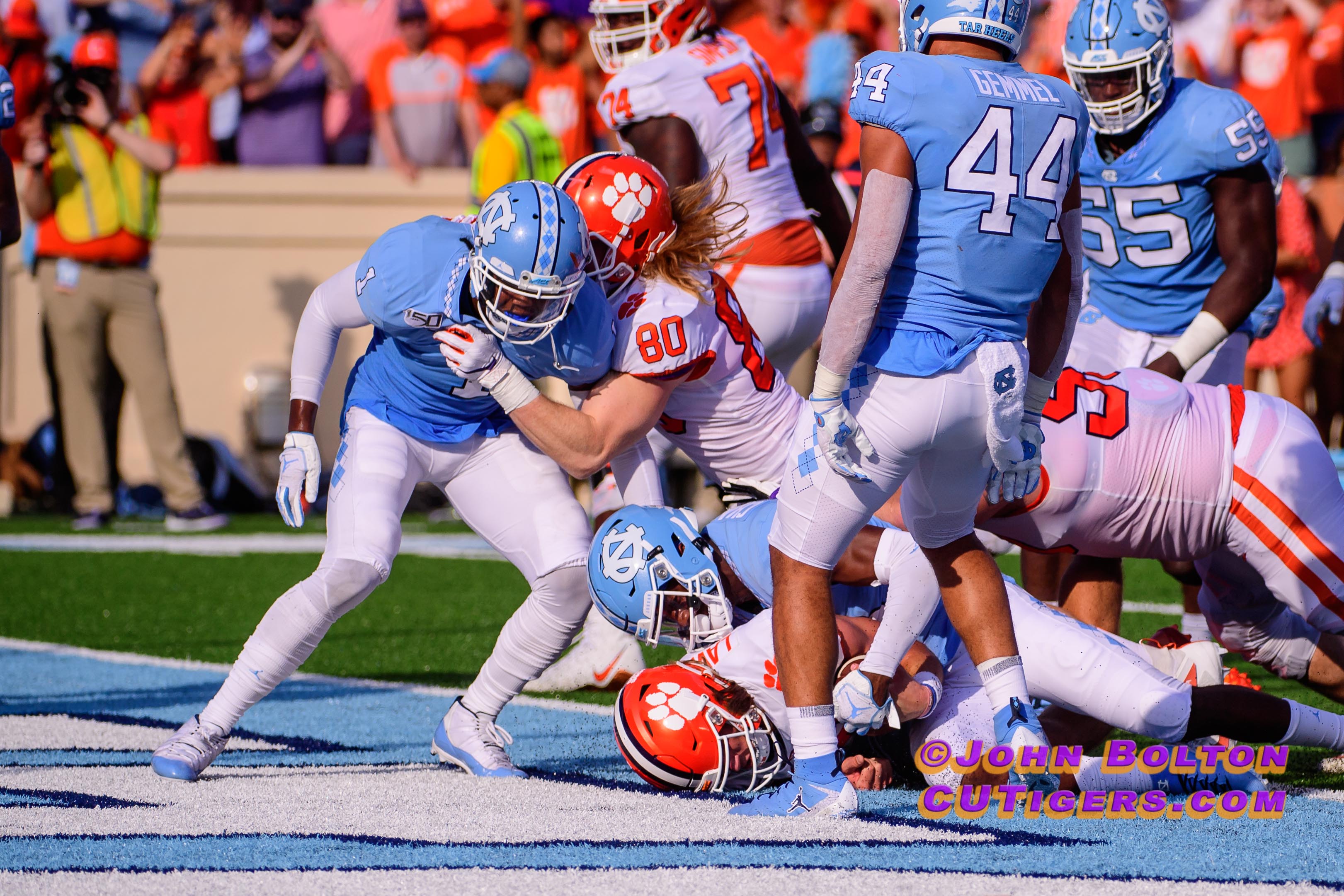 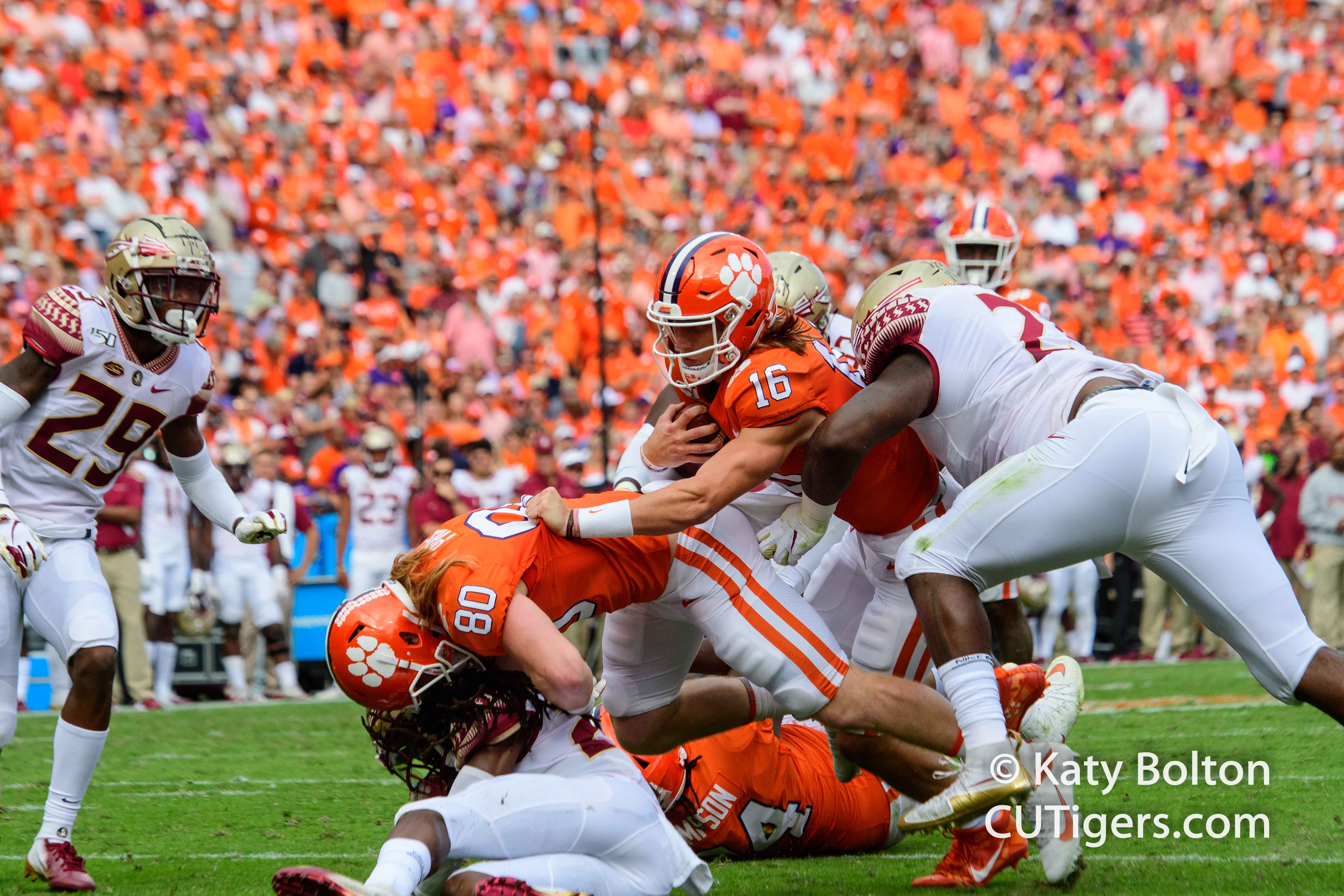 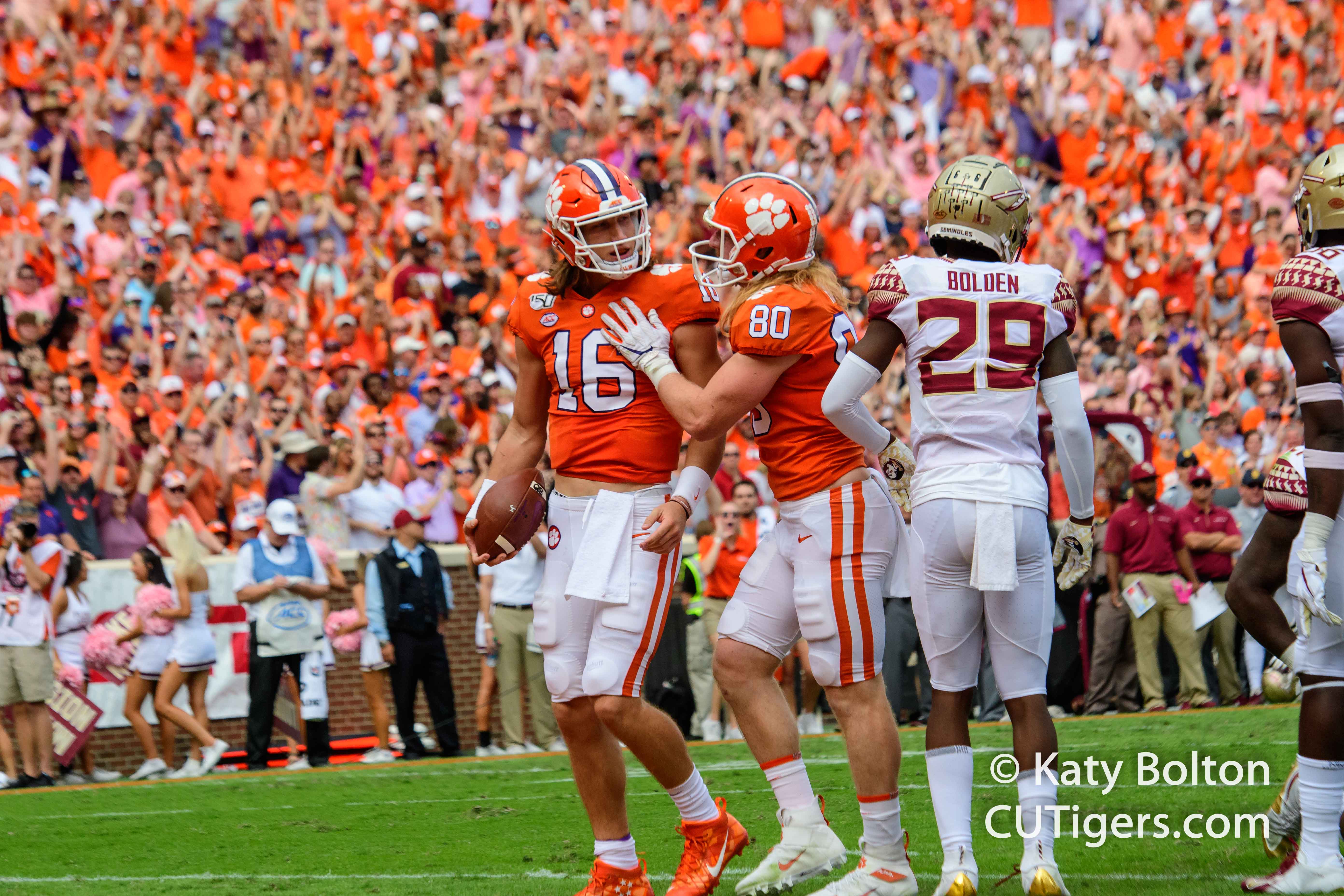 Luke is majoring in Health Science at Clemson. Aside from his NFL aspirations, he wants to go into medicine—maybe physical therapy. While school is always his most important focus, much frustration comes with being a student-athlete. Time management is one of the most important skills Luke said he needs to cultivate so his school work does not pile up while trying to focus on the football season as well. After his older brother Phillip left Clemson, he eventually became Luke’s coach at Dillon Christian School. Although Luke no longer has Phillip’s guidance on the football field, he can always lean on his big brother when he’s frustrated about school, football or anything else on his mind.
When Luke was asked to move from linebacker to tight end, he was excited because he knew it was a better opportunity for him to see the field. Playing in a similar system in high school, TE was much easier for him to learn than linebacker at the collegiate level. Having played defense also gave Luke a unique advantage at the tight end position because he developed a meanness and determination that offensive players seldom possess. Luke’s strongest attribute on the field is his ability to communicate with the offensive line, running back and quarterback, but he believes that the biggest thing to improve on is his route running and catching after his two-year hiatus from the offensive side of the ball. His favorite thing about playing for Clemson is the family he has gained through his teammates and the love and care they show for each other. When asked what being a Clemson Tiger means to him, Luke said, “Being a Clemson player means that there is a level of accountability with everything that I do and that there is always someone watching how I act and making sure I am the best version of myself. This program is special because of the culture the coaches have built around being a family and sticking together through everything good and/or bad.”
Luke’s biggest motivation is everyone that always doubted him because of where he comes from. After winning a State Championship in high school with Dillon Christian School, a National Championship at Clemson and earning a scholarship from one of the top football programs in the nation, he seems to already be proving everyone wrong. Price continues to augment his long list of accomplishments that includes back-to-back ACC Titles and College Football Playoff appearances. As the list of Dillon County greats at Clemson – and many other schools – continues, we look forward to seeing what Luke Price will continue to add onto the Dillon County football legacy at Clemson, just as Derrick Hamilton, Anthony Waters and Quandon Christian did before him. 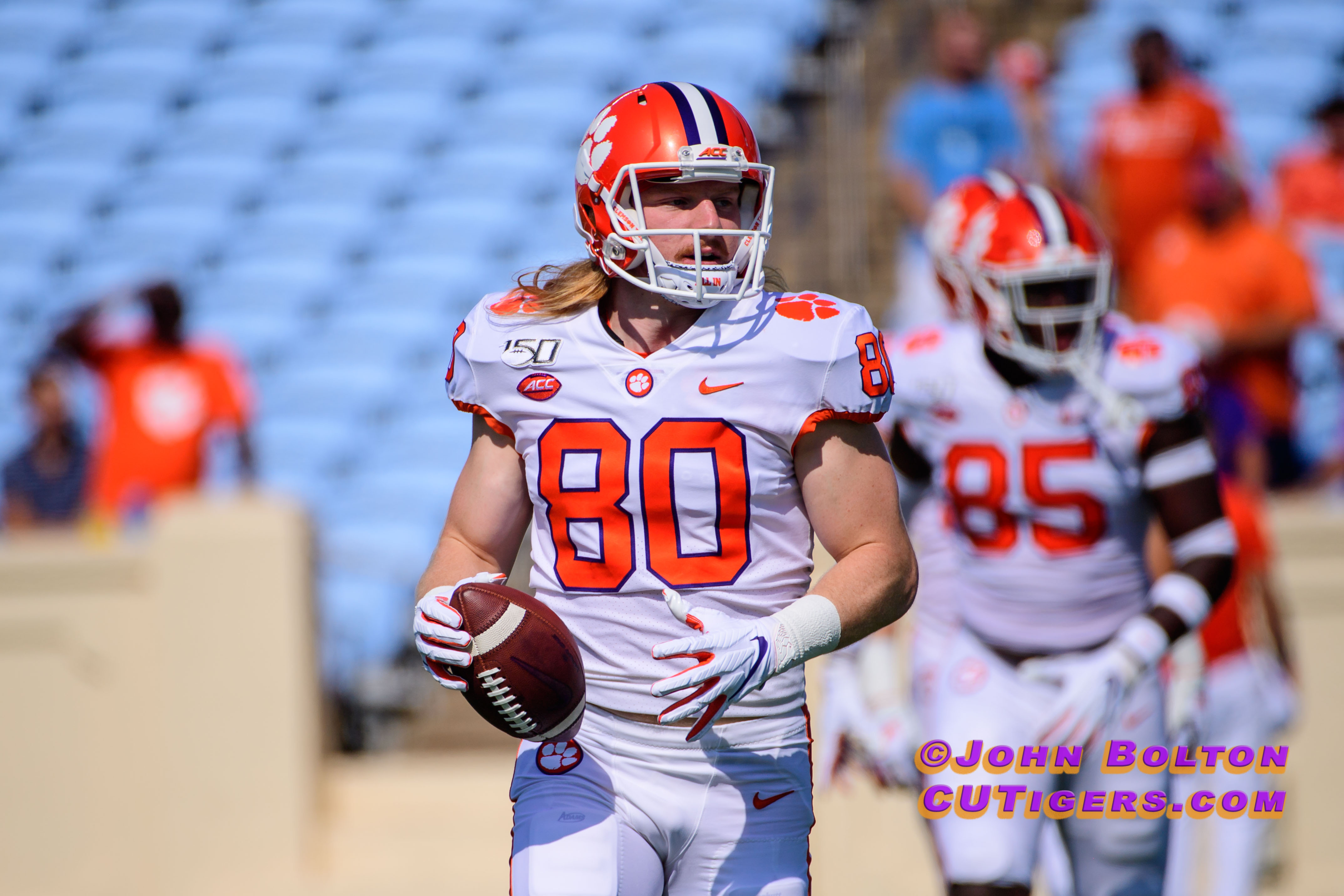