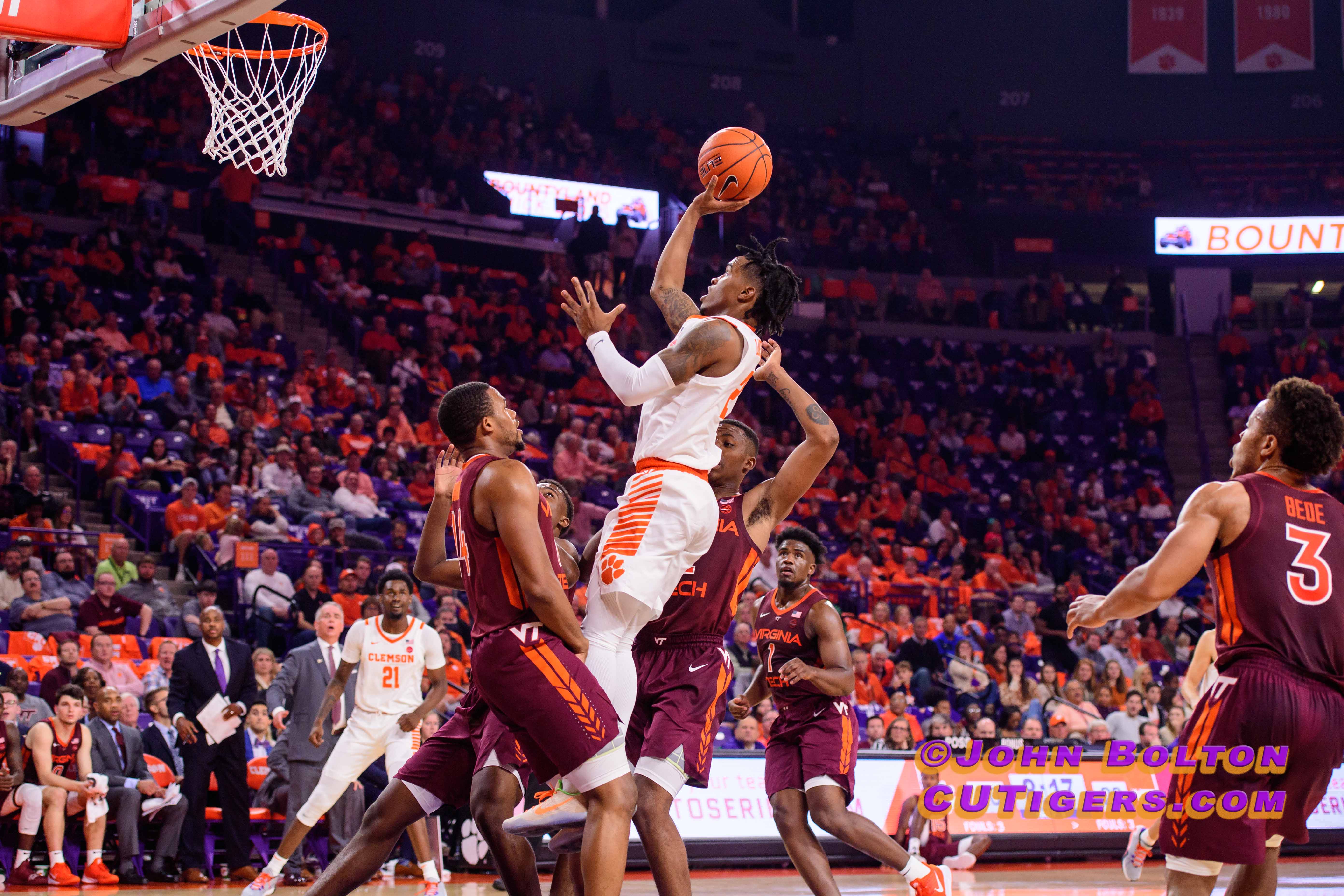 Photo by John Bolton CUTigers.com
CLEMSON, SC - Nobody was a fan of opening the season with an ACC opponent--least of all Brad Brownell. It was the worst timing possible for the Tigers, too, after losing 4 starters from last year's squad and debuting several transfer players. Brownell would have liked to have at least a couple easier non-conference games to work out some personnel groupings and know exactly what kind of hand he has, but that's not what was afforded him. Instead, he had to prep for an unknown quantity in Virginia Tech, which nearly beat Duke in the Sweet 16 last year. The Hokies lost their entire starting lineup from last year and also have a new head coach, Mike Young, who was Wofford's head coach for 17 years and won at South Carolina last year. Brownell talked to us on Monday about the difficulty of preparing for a new team with a new coach and virtually no game film.
Be that as it may, the Tigers led for much of the game and at the half. It was back-and-forth throughout, but the Hokies took a 4-point lead with 2 minutes left. Aamir Simms and John Newman made 4 clutch free throws to tie the game with 1:11 left. However, Brownell decided to stay with the full-court press, and it cost them. The Tigers nearly came up with a steal but were beat on a deep pass for a dunk and a 3-point play. Freshman Al-Amir Dawes missed a 3-pointer to tie, and the Hokies made a fast-break layup to push the lead to 5 with 40 seconds left. From that point on, the Tigers were forced to foul and were never able to catch up, losing 67-60. Freshman forward Landers Nolley was the star of the game, scoring 30 points for the Hokies--half as many points as the Tigers scored.
Sophomore John Newman played much better than he did in last week's exhibition, leading the team with 15 points. Simms scored 12 and will have to score more than that if the Tigers are going to have a good season. Simms was impressive on the boards with 15 rebounds. As for the new faces, I was impressed with freshman guard Al-Amir Dawes. He exudes confidence and showed the ability to shoot from outside and also drive to the basket and finish, making two 3-pointers and also converting an old-fashioned 3-point play. Transfer Tevin Mack was also impressive at times, fouling out with 10 points. The Tigers will have to improve their shooting from beyond the new 3-point line or find a way to score more inside. They were just 7-29 from beyond the arc, and that's not going to get it done. Combined with the exhibition last week, they are just 13-52 from 3-point land, 25%.
The good news is the Tigers won't have much time to dwell on this loss. They host PC on Thursday night at 7:00 and Colgate on Sunday at 3:00. Our post-game interviews with Brownell and Aamir Simms are below!
CLEMSON FOOTBALL COVERAGE HERE