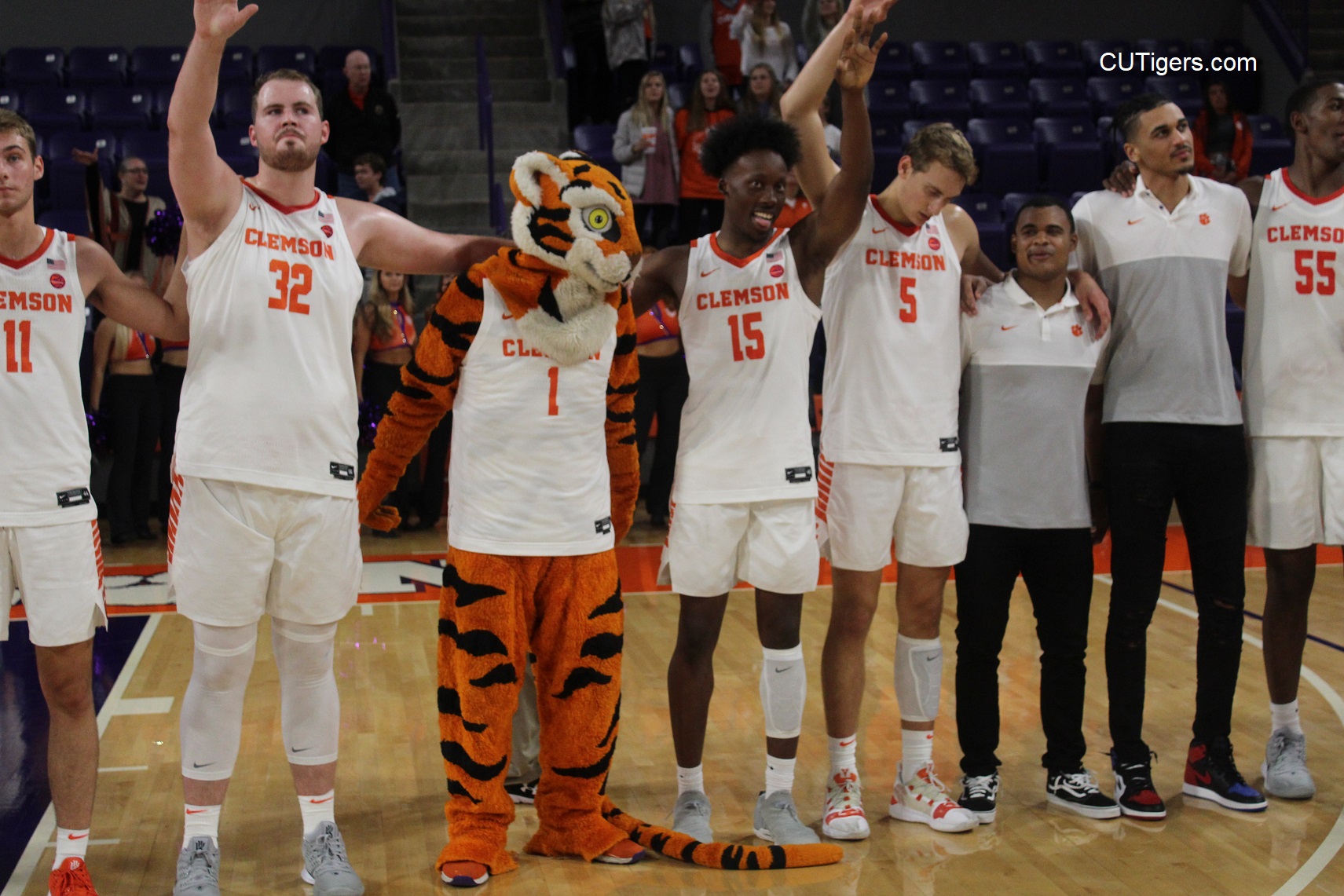 CLEMSON, SC - Sophomore John Newman had another good game, leading the Tigers with 16 points in their 79-45 blowout over PC on Thursday night in Littlejohn. Transfer Tevin Mack scored 14 while freshman Chase Hunter and grad transfer Curan Scott added 13. It was a nice rebound from a frustrating loss in the season opener to Virginia Tech. The Tigers were 14-31 (41%) from beyond the arc after going just 13-52 in their first two games, which must have been a big relief to Brad Brownell. It would have been nice if they could have used one or two of those 3-pointers on Tuesday night, when they went 7-29 against Virginia Tech and were tied in the final minute. Simms was scoreless, but he didn't play most of the second half, and the Tigers didn't need him obviously. However, it might be tough for him to score a lot this season as much as he will draw double teams, so the other players are going have to make the most of their opportunities and make open 3's like they did tonight.
I asked Brownell after the game for an update on Hemenway, and he said he didn't want to speculate, but he is going to have to get an MRI on his foot tomorrow. It could be an achilles tear. Brownell said he is really hopeful it's not because they are going to need Alex's this season.
305-pound walk-on Paul Grinde logged his first minutes on Thursday night, and Brownell told me after the game that they are probably going to need his big body against some of the ACC teams this season, as thin as they are in the front court without Jonathan Baehre (ACL) and Javan White unexpectedly transferring. Trey Jemison had probably the best game I have seen from him, scoring 4 points with 4 rebounds and an assist in 14 minutes.
The Tigers have another quick turnaround with a home game against Colgate on Sunday at 3:00. Post-game interviews are below!