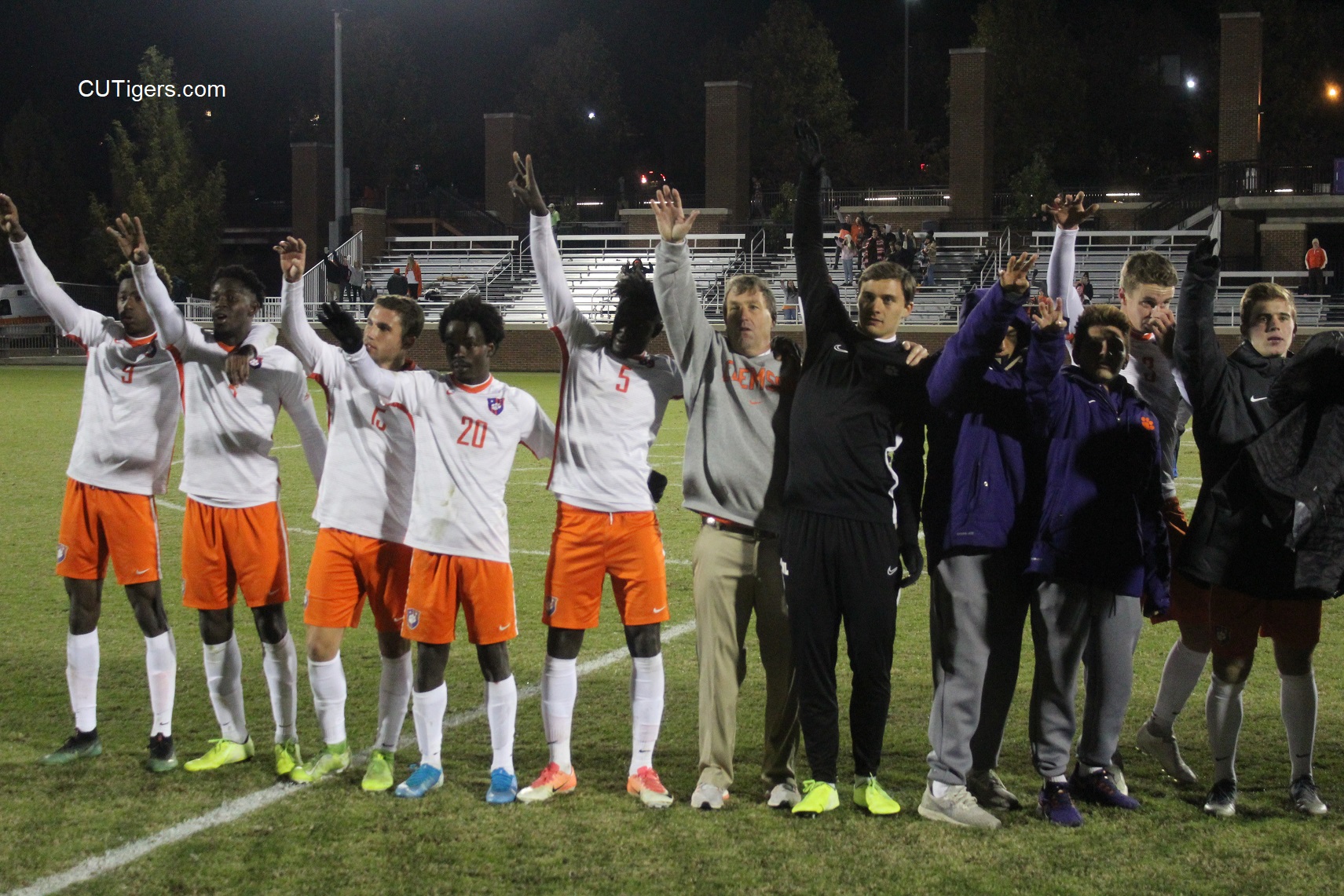 CLEMSON, SC - The Tigers moved to No.1 in the rankings for the first time since 2006, but they would need to get by No.25 Pittsburgh to keep their hopes of winning their first ACC Tournament since 2014 alive. The Tigers boast the nation's best offense with 63 goals coming into the game--the most scored by any team in 20 years--but they would be without ACC Offensive Player of the Year Robbie Robinson, the Tigers' leading goal-scorer and top-10 in the nation, for the second straight game. His absence resulted in a scoreless first half against Notre Dame on Sunday, but the Tigers were able to rally for 3 goals in the second half.
Tonight, the Tigers nearly went into the locker room scoreless again, but Mohamed Seye came off the bench to score off a chest pass from senior Captain Tanner Dieterich just a minute before halftime. Seye, a freshman from Spain, has provided a spark off the bench for the Tigers all season, but it was just his fourth goal. Despite the score, the Tigers dominated time of possession and scoring opportunities, including a rocket off the post by ACC Freshman of the Year Phillip Mayaka, who scored his second goal against Notre Dame on Sunday. Goal keeper George Marks was shaken up in a collision in the first half, but he remained in the game to give the Tigers their 10th shutout of the season.
The Tigers improved to 16-1-1 on the season. Their only loss was in overtime at Wake Forest, who lost to No.2 UVA in the other ACC Semifinal. Sunday's ACC Final between the top two teams in the country will be the first meeting between the Tigers and Wahoos. UVA holds a 1-3-1 advantage in ACC Final meetings, but the Tigers won the last one in 2001. The game will be in Cary, NC and televised live at noon on ESPNU. Mike Noonan told us after the game that Robbie Robinson is still recovering from a muscle injury and will likely be out again. Our post-game interviews with Seye, Dieterich and Noonan are below!
CLEMSON FOOTBALL COVERAGE HERE