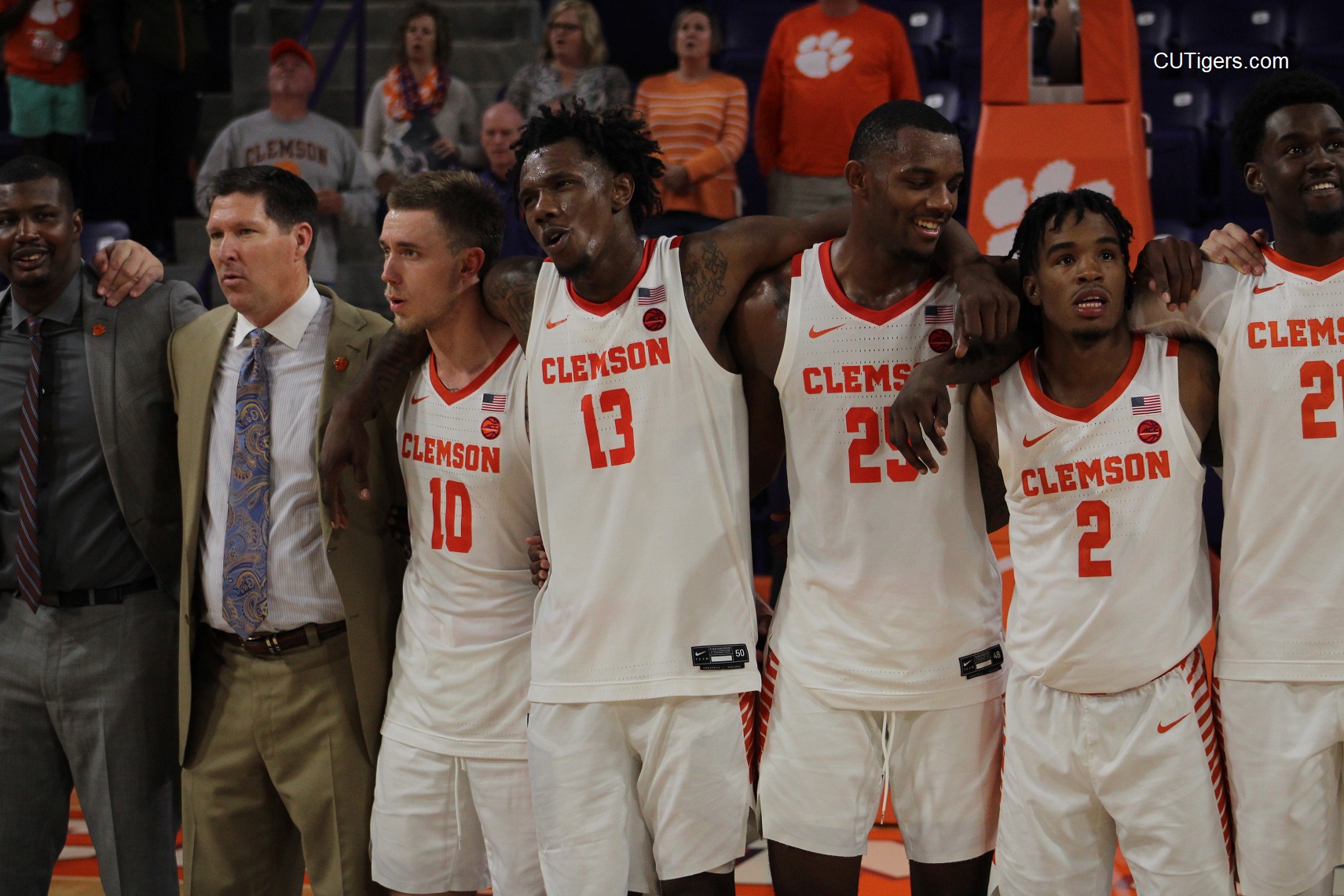 After winning their 4th straight game on Thursday night, the Tigers had a quick turnaround as they traveled to Las Vegas to play TCU in their first game away from Littlejohn. What was looking like an ugly loss halfway through the second half turned into one of the best comebacks in the history of Clemson Basketball. The Tigers were down 15 points with 8 minutes left but went on a tremendous rally, and a layup by Tevin Mack tied the game with 25 seconds left to cap a 15-0 run by the Tigers. Mack also fittingly scored the final point and finished with 22 points to lead all scorers. The Tigers overcame 17 turnovers (they had just 9 in their last game) and did not turn the ball over in the final 10 minutes of play, which enabled the dramatic comeback. Freshman Al-Amir Dawes, who is as confident as any freshman you'll see, was big in overtime with 5 points, although he also missed a pair of free throws in the last 30 seconds that could have iced it.
It was a huge resume-building win for the Tigers away from home and one of those season-defining wins that a team--especially one as young as this--can really rally around and build on. Remember, the Tigers are playing without starting guard Clyde Trapp and key big man Jonathan Baehre. One of their better shooters, Alex Hemenway, is also out with a high ankle sprain. They have now won 5 straight and are 5-1 on the season. They will have a big opportunity against a ranked Colorado team on Tuesday night in Las Vegas. Win that one, and the Tigers might jump into the rankings!
CLEMSON FOOTBALL COVERAGE HERE