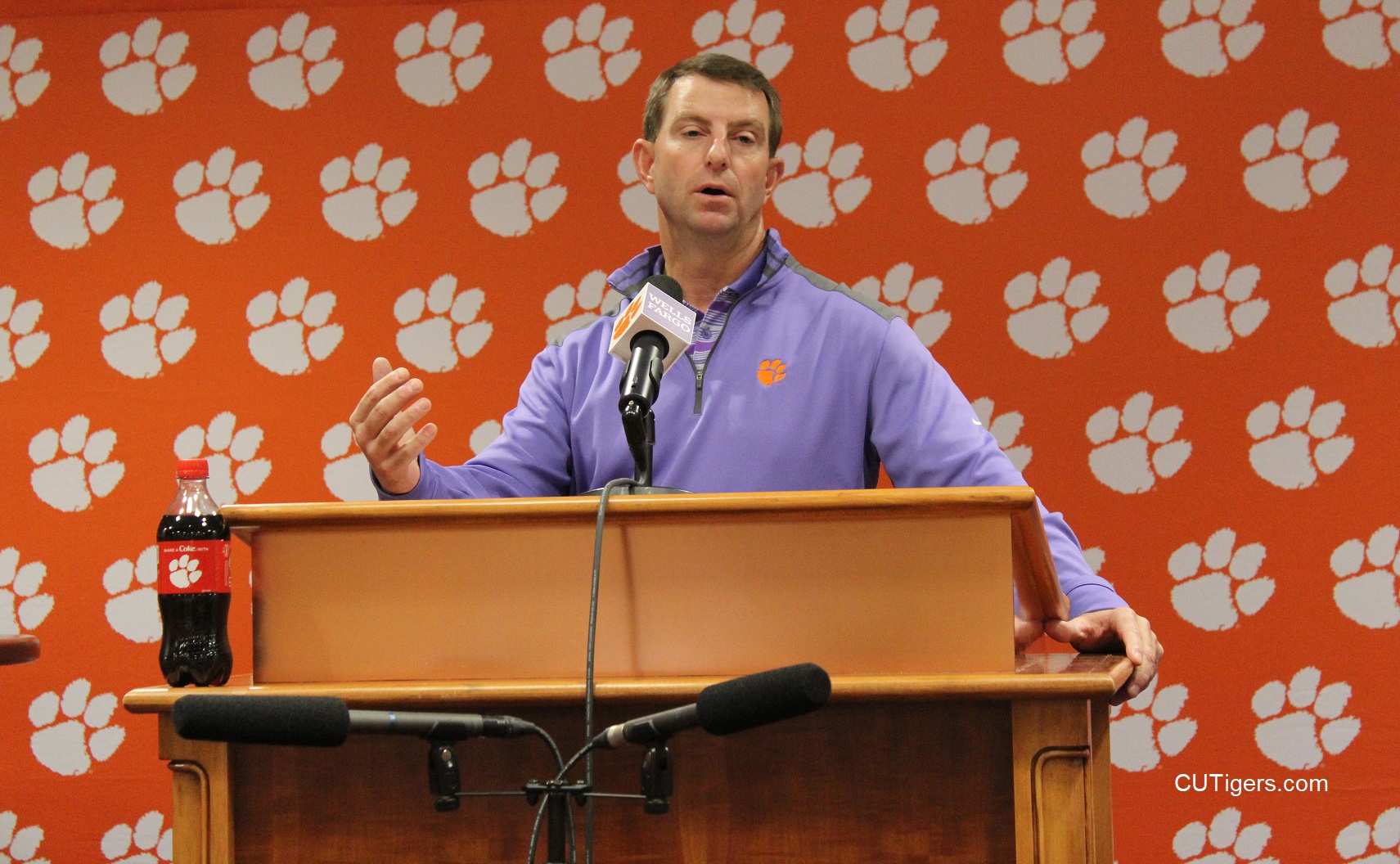 After having last week off, Dabo held his weekly Tuesday press conference to preview Saturday's Palmetto Bowl against rival South Carolina. He told me that Justyn Ross and Amari Rodgers are both 100 percent after leaving the Wake game early. Dabo also addressed the criticism he received from Gamecock fans over the Walk of Champions, and he reiterated what he said on his call-in show, saying the criticism was ridiculous. And he is absolutely right. The Walk of Champions is a 20-year-old tradition started by Tommy Bowden, and it's a part of their pre-game routine. It has nothing to do with the opponent, and the only fans that have reacted to it classlessly are the Gamecocks, throwing bottles at the Tigers two years ago in Columbia. I might have to wear a helmet or at least use an umbrella on Saturday while I'm recording the Walk of Champions, as I always do!
We also spoke with Etienne, Ross, Cervenka and Denzel Johnson, and those interviews are below. Happy Thanksgiving, and be sure to check back on Friday with your leftover sandwiches for my preview and prediction!