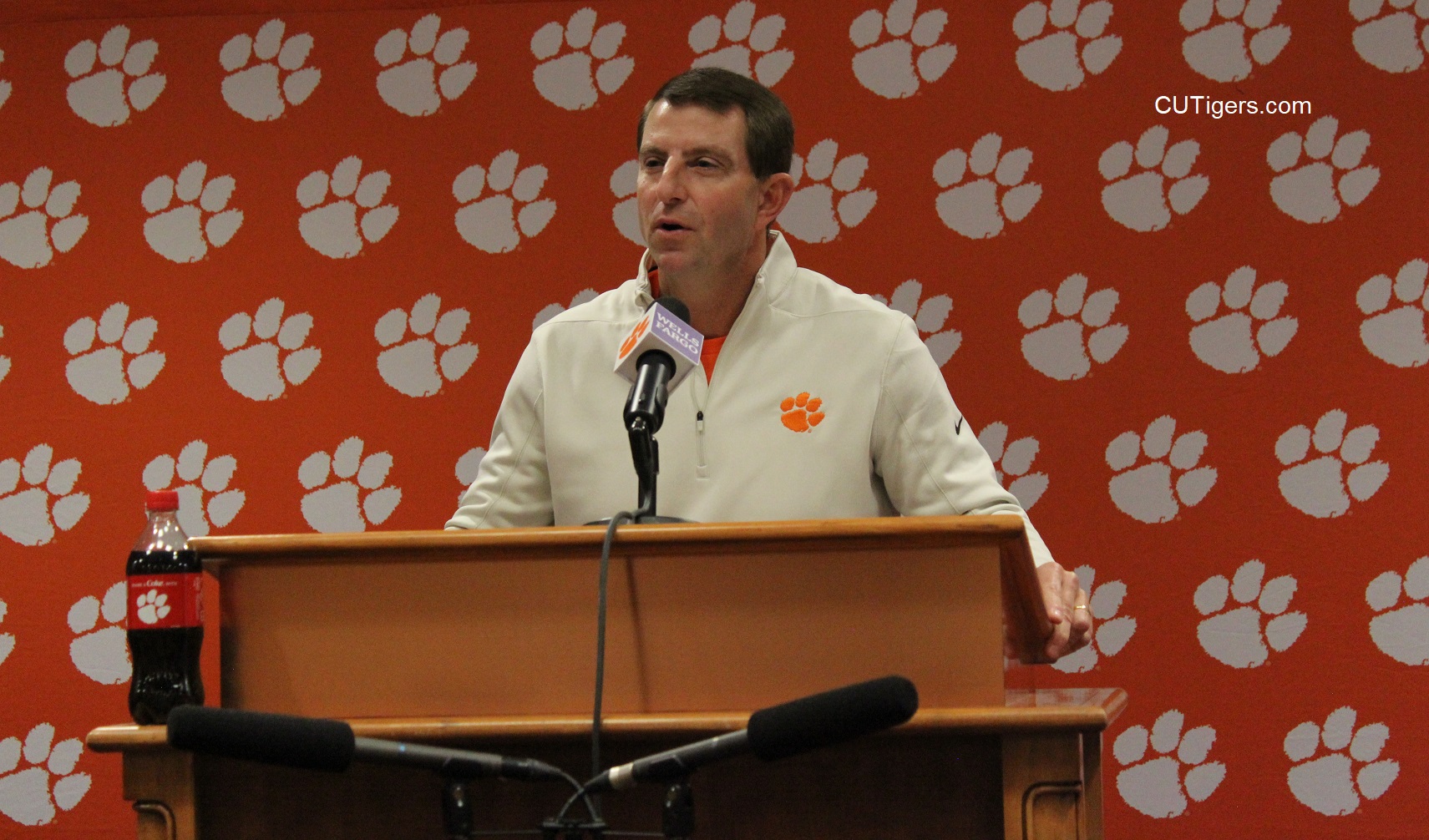 Dabo held his weekly Tuesday press conference to preview his 5th straight ACC Championship Game. He had some great lines and went on a long talk about the misperception of Clemson by the national media like ESPN, saying that his Clemson team has been inaccurately portrayed by the media all season. Of course, I've recognized how special this team was all season, but Dabo said the national media has totally missed it, and it's a shame because this has been a beautiful team and season.
He also said he doesn't listen to Paul Finebaum or care what he says. "Never worry about criticism from people you wouldn't take advice from," Dabo said. That's a good policy!
I asked Dabo about Potter, and he said that he's made 3 of 4, so that's consistent enough. So despite missing the 32-yarder in Columbia on Saturday, Dabo will not be switching to Sawicki for short field goals. He said he'll judge Potter on his next 4. For whatever reason, Potter struggles on those short ones from the right hash.
I'll have more quotes from Dabo in a bit! We also spoke with James Skalski, Gage Cervenka and Mike Jones, Jr., who had a nice pass breakup on Saturday to force a turnover on downs. Those interviews are below!
MONDAY COACH AND PLAYER INTERVIEWS