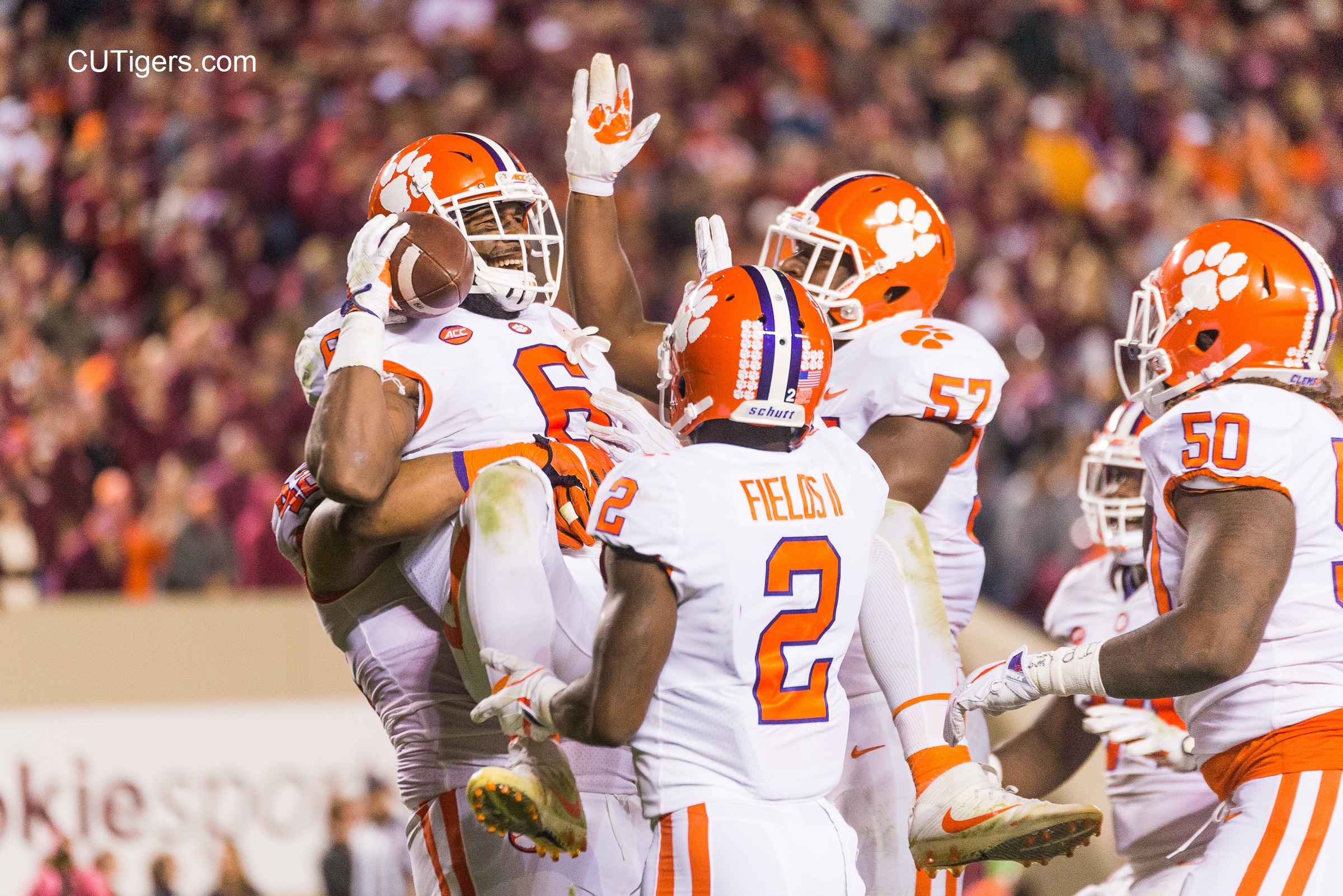 Clemson, S.C.—Dorian O’Daniel, Austin Bryant, Dexter Lawrence and Mitch Hyatt have all been named to midseason All-America teams released this week by various national outlets.  All four players are major reasons Clemson has a 6-1 record and No. 7 national  ranking by the Associated Press poll this week.

Bryant and O’Daniel were both named to the first Associated Press Midseason All-America team announced Tuesday.  Bryant ranks 10th in the nation  in tackles for loss and is 22nd in sacks so far this year.  He was the National Defensive Player of the Week by three different outlets when he had four sacks in Clemson’s win over Auburn in the second game of the year.

O’Daniel has 51 tackles to lead the Clemson team and has two interception returns for touchdowns.  He is tied for second nationally in interception returns for scores and is the first linebacker with two in the same season.   He was named National Defensive Player of the Week for his performance against Virginia Tech.  He is the first Clemson defensive player with two defensive touchdowns since 2011.

Lawrence, Hyatt and Bryant were all named to the Sporting News midseason team.

Lawrence, a defensive tackle, has been a big reason Clemson ranks in the top  15 in the nation in scoring defense and total defense.  The sophomore has 30 tackles so far this year.  He was named a freshman All-American last year.

Hyatt is coming off back to back games in which he has graded 93 and 95 percent, respectively.  He has given up just one sacks all year and is a big reason Clemson averages over 200 yards rushing and 200 yards passing per game this year.  Hyatt has been a first-team All-ACC selection the last two years.