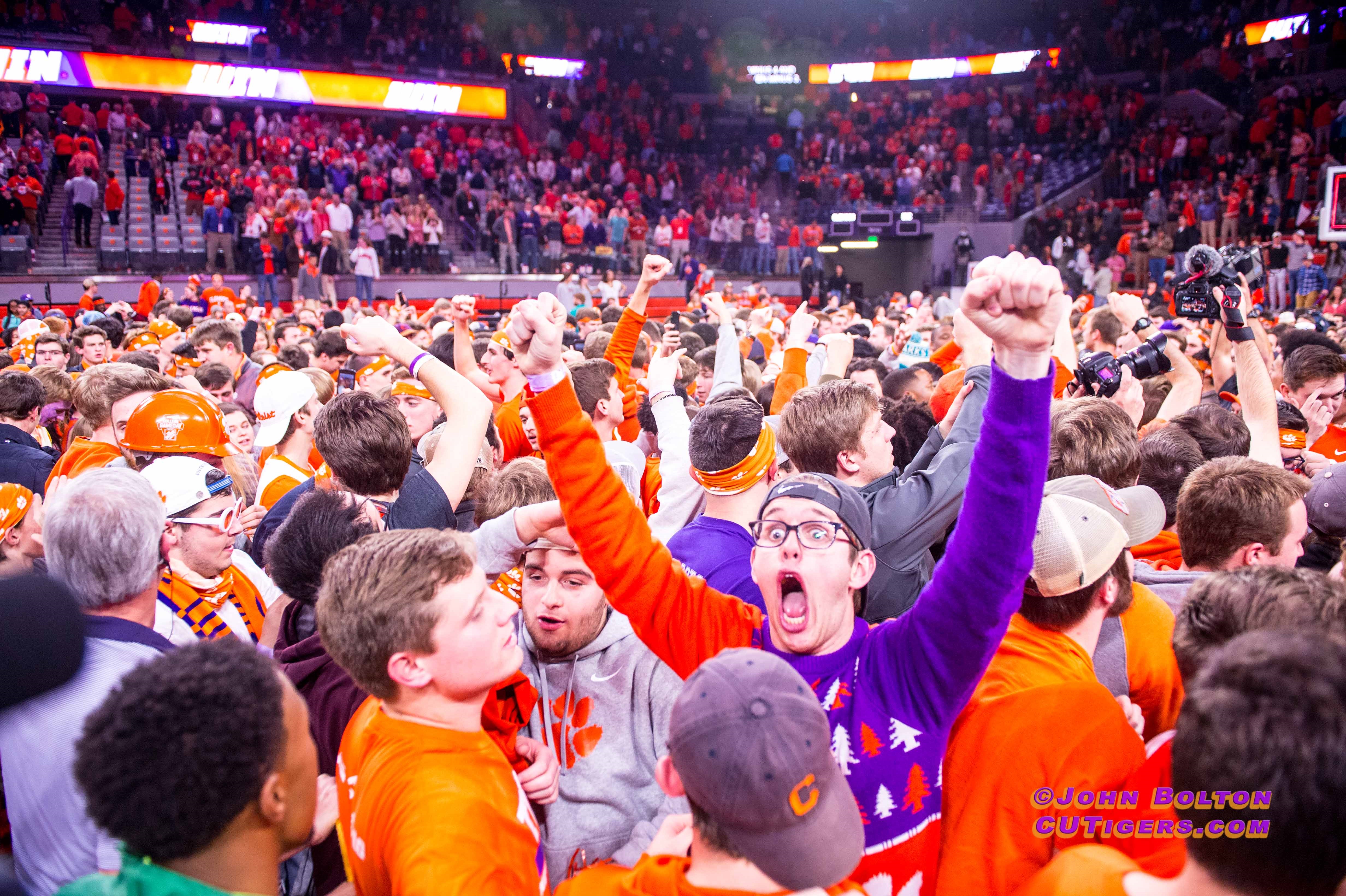 The Tigers ended the decade at the lowest of the lows, losing a New Year's Eve overtime heartbreaker to Miami in which they led nearly the entire game. That made it 5 losses in 6 games for the Tigers, who were replacing 4 of 5 starters from last year's team with several transfers and battling several injuries.
In the blink of an eye, it was a new decade and a clean slate for Brownell and the Tigers. With Clyde Trapp back in the lineup after rehabbing from a torn ACL in June, the Tigers looked like a different team. They dominated a hot NC State team that came in winning 6 of 7, winning 81-70 and never trailing. They followed that up by doing the unthinkable: beating UNC in Chapel Hill for the first time ever!  For the record, I predicted that would happen when the basketball schedule first came out and revealed that there would be no Clemson media in Chapel Hill because it was two days before the CFP National Championship! You know the saying, if a tree falls in the forest...After UNC lost 7 out of 10 games, including at home against Wofford, GT and Pitt, I was even more sure my prophecy would be fulfilled.
It was a miraculous comeback in Chapel Hill, too. The Tigers trailed by 10 points with just 2 minutes left. Despite missing 3 of 4 free throws in the final 2 minutes, the Tigers forced overtime thanks to a clutch 3-pointer by Aamir Simms. They jumped out to a 4-point lead in overtime and hung on to win 79-76. What a way for Brad Brownell to tie Cliff Ellis for the most wins in Clemson history! In my book, “the streak” ended in 2008 when the Tigers had an 18-point 2nd half lead before the refs started cheating and forced an overtime. But thank goodness the streak is now officially over for good!
The Tigers carried the magic and momentum back to Littlejohn for a quick turnaround against No.3 Duke on Tuesday night. The Tigers led most of the game thanks to outstanding performances from Mack and Simms, and they hung on to beat Coach K and the Blued Devils 79-72 despite going just 11-22 from the free throw line! It was the Tigers' first win over an AP top-3 team since beating No.1 UNC in 2001, and it moved Brad Brownell past Cliff Ellis for the most wins in Clemson history! Suddenly, the Tigers are a contender in the ACC and in great shape for an NCAA bid if they can keep playing at this level. Again, getting Clyde Trapp back has made a tremendous difference, but the Tigers need Tevin Mack to show offensive consistency. He was averaging 16 points per game early in the season when the Tigers were 5-1, but he went through a slump when they lost 5 of 6. During the Tobacco Road trifecta, he has averaged almost 18 points per game.
The Tigers go to Raleigh next on Saturday for a rematch with NC State, which just beat Miami by 18 points. It's a tough road test, but it will be exciting to see if the Tigers can keep their 2020 magic going!
MORE CLEMSON BASKETBALL AND FOOTBALL COVERAGE HERE