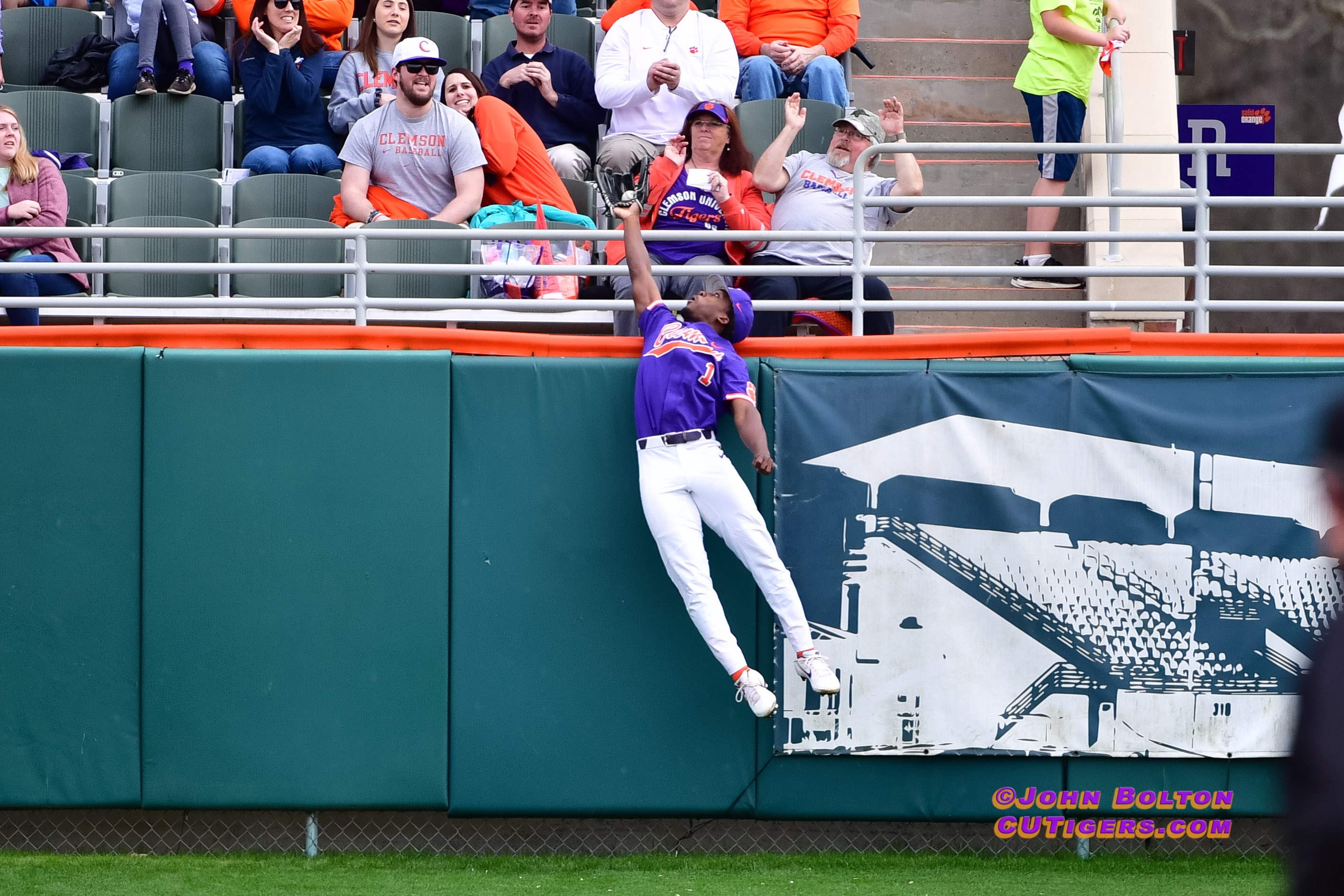 CLEMSON, SC - The Tigers will hold their first practice of the 2020 season on Friday. They were eliminated by Ole Miss in the Oxford Regional last year, and Monte Lee hopes to make his first Super Regional in his 5th year as Head Coach. Many might expect the offense to take a step back due to the losses of heavy-hitters like Logan Davidson and Grayson Byrd, but that was the same presumption last year after losing Beer and Williams. Instead, the Tigers were top-10 in home runs for the second straight year. I believe that the Tigers' offense has as much to do with Monte Lee's coaching style and philosophy as it does the personnel, and I expect a couple players to step up this season and fill the heavy-hitting roles of Davidson and Byrd from last season. Perhaps it will be Teodosio, Hall, Hawkins, Hackenberg or Sharpe rounding the bases this season. The Tigers will need to improve defensively if they are going to make it back to Omaha for the first time since 2010. Walks and errors plagued the Tigers--especially at critical times and in bunches. They were No.93 nationally in fielding percentage and No.83 in walks allowed.
As far as the pitching, the Tigers are in good shape. The only pitcher of consequence they lost from last season is Brooks Crawford, and he didn't have the senior season Monte Lee was hoping for last year. Monte has to be excited about getting starter Mat Clark back after a strong finish last season. He was brilliant in the ACC Tournament, throwing a no-hitter through 8 innings against a top-10 Louisville team. Another sure starter will be sophomore Preseason All-American Davis Sharpe, who will play both ways again for the Tigers as a pitcher and first baseman. Battling it out for the third weekend starter job will be senior lefty Jacob Hennessy, who worked his way into the starting rotation at the end of last season after spending the first half of it in the bull pen, and sophomore Keyshawn Askew, who was impressive at times but inconsistent last season. Also in the mix will be Spencer Strider, who missed last season with a shoulder injury, and Sam Weatherly. In the bull pen, the Tigers have returning closer Carson Spiers, 6'8 Holt Jones and promising sophomore Justin Wrobleski. One thing to watch will be whether the starting pitchers can go deeper into games this season. A common theme last year was starters lasting less than 5 innings. True freshman righty Mack Anglin should also be in the mix either as a starter or reliever. The 6'4 Ohio native was ranked as the No.17 RHP in the nation last year.
The Tigers lost a great catcher and hitter in Kyle Wilkie, but replacing him behind the plate is sophomore Adam Hackenberg, who saw a lot of playing time last season. He is an excellent defensive catcher and hit 3 home runs in just 9 starts as a true freshman. Behind him, look out for true freshman Jonathan French, who was ranked as the No.56 overall player in high school last year and drafted by the Indians. The Tigers have another star freshman in outfielder Dylan Brewer, who was drafted by the Giants.
Finally, Monte Lee is hopeful that Kier Meredith will be able to play a full season this year after suffering injuries early in his first two seasons. He missed most of last season and obtained a medical redshirt. Meredith makes the offense much better when he is in the lineup because of his hitting and his base running. He also made a spectacular catch in left field to rob a home run last season before his injury. Sam Hall is another speedster on the bases, and the two of them can put a lot of pressure on opposing defenses. Hall stole home base in a game last season.
The Tigers open the 2020 season on Valentine's Day this year, Friday February 14 against Liberty in Doug Kingsmore Stadium.
MORE CLEMSON BASEBALL, BASKETBALL AND FOOTBALL COVERAGE HERE