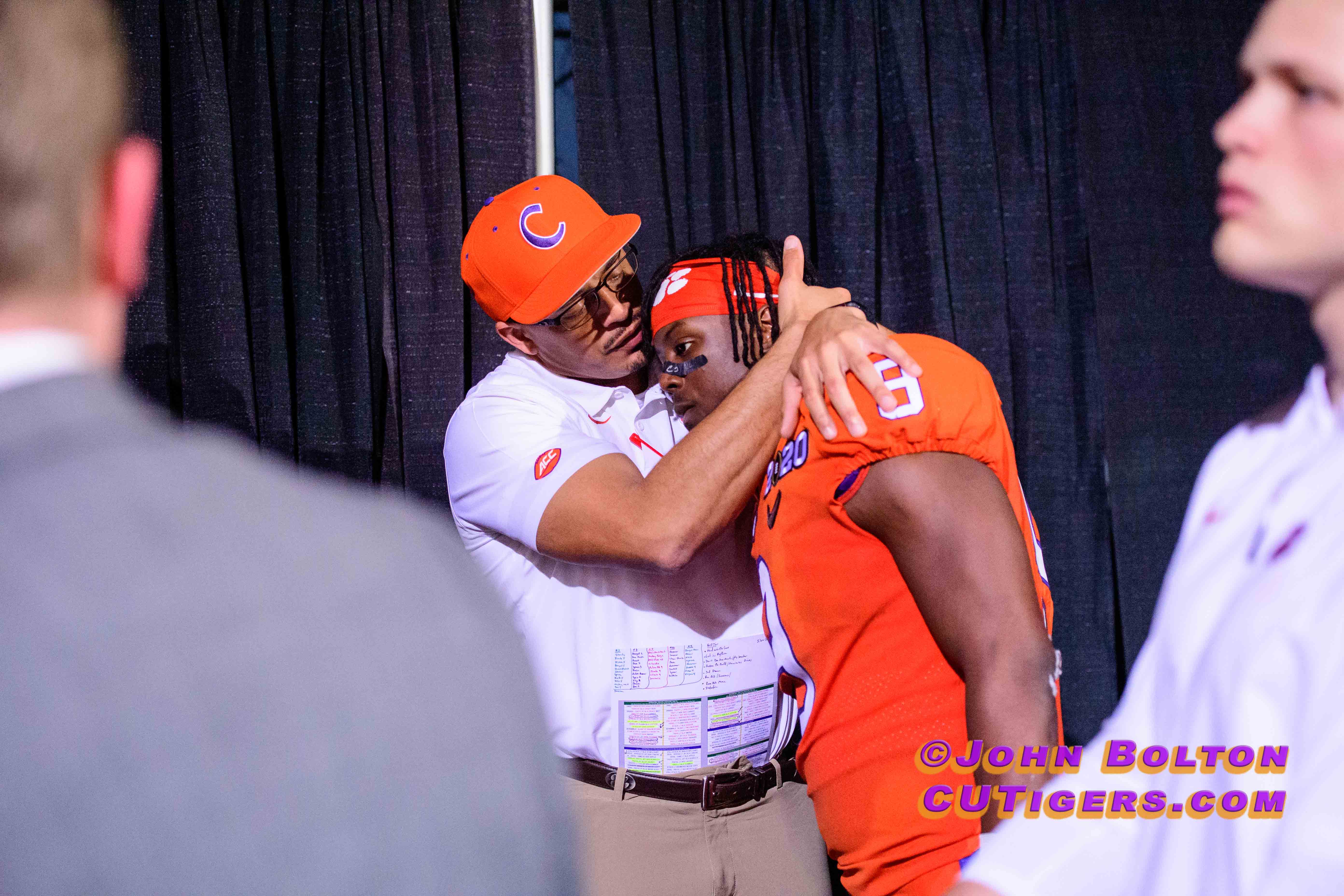 The rich are getting richer at Clemson. Offensive Coordinator and Clemson alumnus Tony Elliott just signed a new contract for $5.1 million over 3 years, making him the highest-paid OC in the nation. Brent Venables is also the highest-paid DC in America at $12 million over 5 years thanks to former DC Dave Aranda leaving LSU to become the head coach at Baylor. So Clemson now has the highest-paid head coach, offensive coordinator and defensive coordinator in the nation! Clemson, which will likely be ranked preseason No.1 for 2020, also just signed its first-ever No.1 recruiting class and currently has the No.1 class for 2021. The Tigers have the No.1 football program in the land right now, and they are flipping the bill to ensure that the train keeps rolling.
Dabo also finalized his staff changes, most notably with former Clemson WR Tyler Grisham taking over as WR Coach with Jeff Scott leaving to be head coach at USF. Brandon Streeter now has the title of Passing Game Coordinator and will no longer be Recruiting Coordinator, as I reported in December. That role will be assumed by DT Coach Todd Bates, who is a natural recruiter. The press release from Clemson is below.
Spring practice begins early for the Tigers on February 26, so keep it right here!
MORE CLEMSON FOOTBALL COVERAGE HERE

CLEMSON, S.C. — Head Coach Dabo Swinney formally announced today that Tyler Grisham has been named as Clemson's wide receivers coach. The hire was officially approved by the Clemson University Board of Trustees Compensation Committee on Thursday.

Grisham fills the vacancy left by former wide receivers coach Jeff Scott, whose immense success with the Clemson offense led to his announcement as the head coach at the University of South Florida on Dec. 9.

"I’m just super excited for Grish," Head Coach Dabo Swinney said. "There’s never been a guy more prepared to be the receivers coach at Clemson than Tyler Grisham. He had a great four-year career here. Clemson fans certainly loved him. He had a lot of big moments and went on and grinded out a four-year NFL career.

"He’s been back here six years, three as a GA and three in an off-field analyst role. He’s ready and is going to do an unbelievable job for us. It’s been fun for me the last couple weeks being on the road recruiting with him and watching him in that role. He’s going to be special.”

Grisham just completed his sixth year as a member of Clemson’s staff, including serving as interim wide receivers coach for a portion of the team's bowl preparation this past season while Scott was attending to initial business at South Florida prior to college football's early signing period. The 2019 season represented Grisham's third as an offensive analyst and his second as assistant camp director.

“It is a tremendous honor to be named the wide receivers coach at Clemson – Wide Receiver U," Grisham said. "To coach wide receivers at my alma mater and to do so for the man who coached me at that position in Coach Swinney, it is both surreal and a great honor. I am so thankful that Coach Swinney, our Board of Trustees, President Clements and Director of Athletics Dan Radakovich have given me this opportunity. I look forward to continuing the tradition of great wide receiver play at Clemson, and my goal is to build upon and enhance that reputation.”

Grisham is a 2009 graduate of Clemson University, earning his bachelor's in business administration and management. He later earned a Master's from Clemson in human resource development in 2016. He becomes the fourth Clemson graduate among the Tigers' 10 full-time assistant coaches, joining Danny Pearman (1987), Brandon Streeter (1999) and Tony Elliott (2002).

Grisham, 32, was a four-year letterman for the Tigers from 2005-08. He finished his career with 132 receptions for 1,390 yards and eight touchdowns. He signed with the Pittsburgh Steelers as a free agent in 2009, appearing in four games that season. He served on the Steelers’ practice squad in 2010 and 2011 and with the Denver Broncos’ practice squad in 2012.

Grisham and his wife, Maggie, have three children.