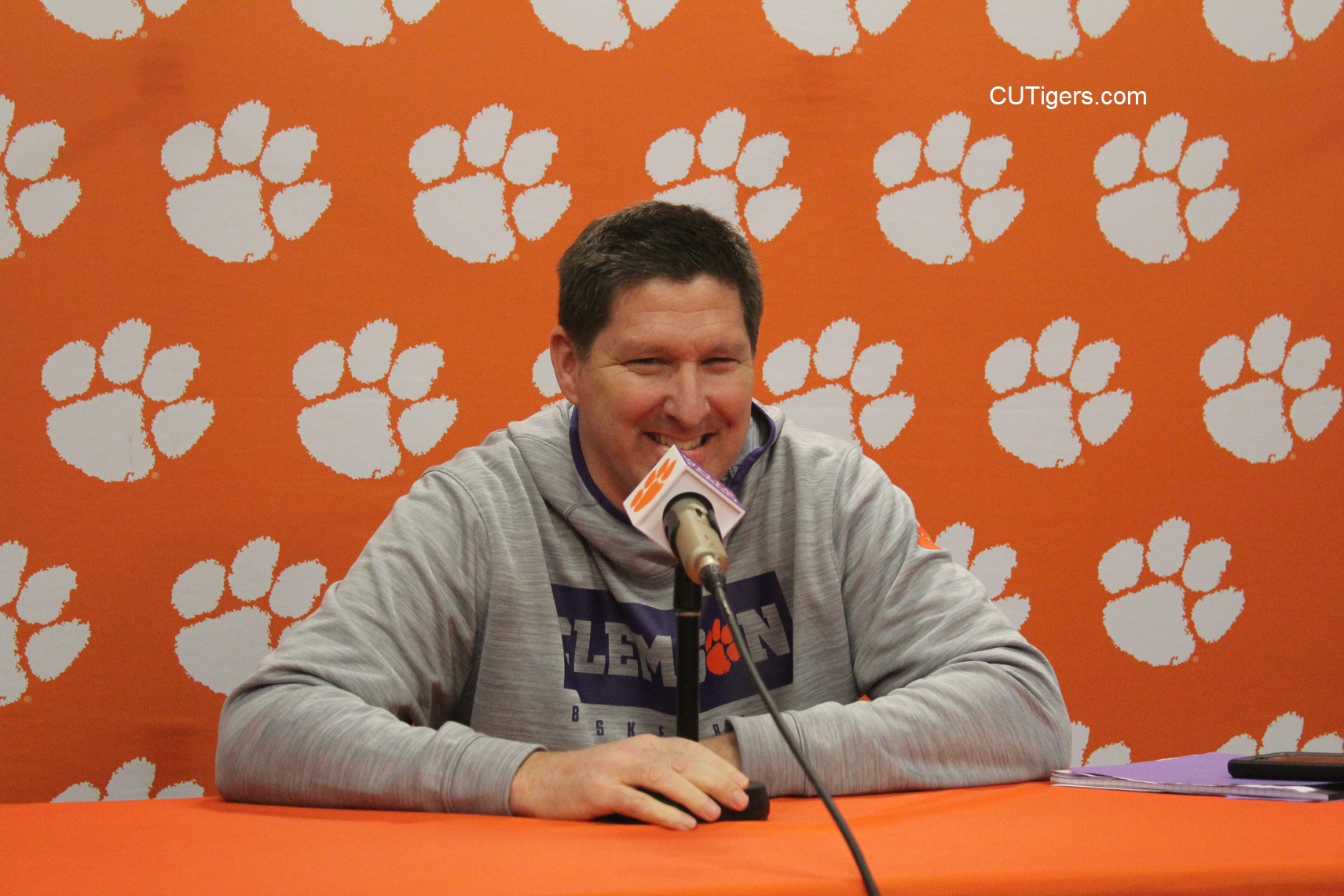 Clemson and Notre Dame will face each other for the first time in a year on Sunday at 6:00 in Littlejohn, televised by ACCN. The Tigers are coming off a 51-44 loss at Virginia, their second road loss in a row after their 71-70 win over Syracuse. It was another frustrating game offensively, scoring just 14 points in the first half against the No.1 scoring defense in the nation. The good news is that the Tigers scored 30 points in the second half, actually outscoring UVA in the half. In fact, in each of the last two road losses the Tigers have outscored their opponent in the second half. The Tigers actually got within 2 points of UVA in the last few minutes but were unable to catch the Hoos. The common theme in both losses was poor 3-point shooting and lack of scoring from Trapp. The Tigers were just 6-28 form beyond the arc in Charlottesville and a dreadful 4-21 in Winston-Salem. The combined ten 3-pointers is just one more than their season average for a game. Trapp scored just 2 points in 17 minutes at Wake, beset with foul trouble the entire game, and was scoreless at UVA in 33 minutes. So he’s scored 2 points in his last 2 games since a career-high 17 in the Syracuse win. Mack scored 10 points at UVA, an improvement over the 2 points he scored at Wake, but he scored a career-high 32 against Syracuse and needs to be at least in the teens consistently for the Tigers to win on the road. Simms scored 16 of the Tigers’ 44 points at UVA, going 2-5 beyond the arc and has upped his scoring in the last couple games since his 2 points against Cuse.

It’s unfortunate that the Tigers didn’t catch Notre Dame earlier in the season because the Irish come in with confidence and playing their best basketball. The Irish have won 4 of their last 6, losing only by 2 to Syracuse and one at No.8 FSU, and before that they lost by 3 to No.5 Louisville. John Mooney leads the nation in double-doubles, and the Irish have the best assist-to-turnover ratio in the nation. The Tigers will need to protect the basketball against this team that seldom gives it up. The Tigers won their only meeting last year, 64-62 in South Bend despite going 3-12 from the 3-point line. It’s an entirely new Clemson team this year, but several are back from that Notre Dame team, including Mooney, T.J. Gibbs and Rex Pflueger. Gibbs is an excellent shooter at 41.7% behind the arc, and Dane Goodwin is 40.4%. The Irish are an average 3-point shooting team at 35%, but they rely heavily on the 3-ball, making 10 per game. Their offense is much better than their defense, and they average 77 points per game. 6’10 sophomore Nate Laszewski is a new contributor for the Irish this season. He has scored in the double digits in two of their last three games, including 18 against Wake. Notre Dame is an excellent free throw-shooting team at 74%, so the Tigers' sporadic free throw shooting will have to be on the positive side, and they'll have to keep the Irish off the line.

Coach Mike Brey will employ both zone and man defense, so the Tigers will have to be able to adjust. They’ve seen quite a bit of zone defense in the past few games against Wake and Syracuse. Ironically, they handled the Syracuse much better than Wake’s. They also faced UVA’s pack-line defense, which is a man-zone hybrid. Offensively, Notre Dame runs a lot of motion and is an excellent passing team, so the Tigers will have to be very disciplined in their half-court defense.

It's a pivotal game in the middle of the ACC standings! At 5-7, the Tigers are just one game behind NC State for 6th. A Win would tie them with Pitt and BC for 7th. Notre Dame is also in that middle group at 5-6. The top 3 teams in the conference have separated themselves, but 4th place on down is wide open, and the Tigers are good enough to finish as high as 4th if they can maintain some consistency in their offense, which has really struggled over the last couple games.

Our Friday interview with Brownell is below, and I’ll have live coverage for you right HERE!