CLEMSON, SC - When the news broke that Aamir Simms was out with the flu, I thought the Tigers wouldn't have a prayer against a hot Notre Dame team that came in winning 4 of 6 with close losses to No.5 Louisville and No.8 FSU. Yet the Tigers actually led by as many as 7 points in the second half. That doesn't take any of the sting out of the 61-57 loss, but it was a heck of an effort without their best player and leader. Backup Trey Jemison was thrust into his first start and played admirably, especially on the defensive end. 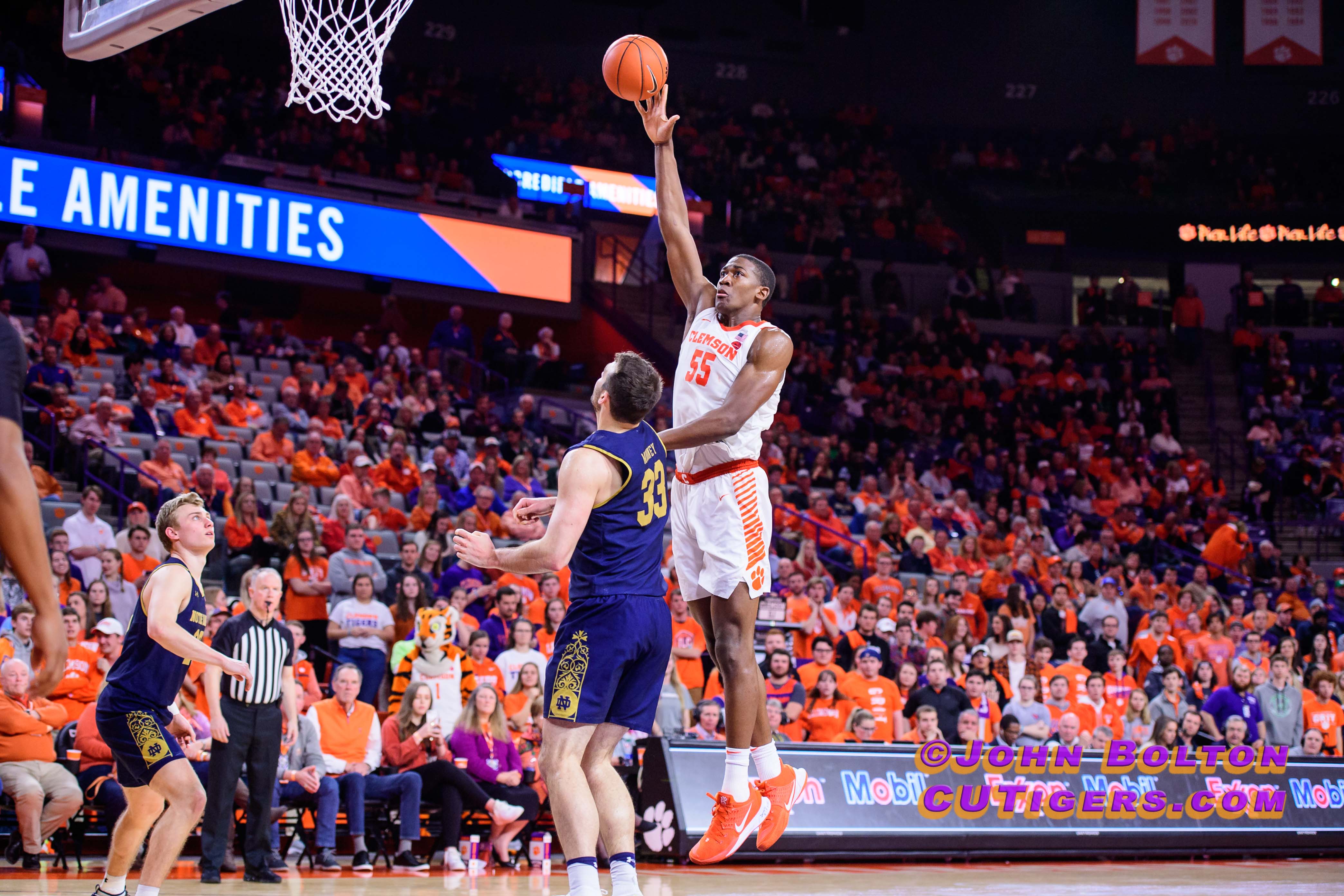 The Tigers have now lost 3 straight since the big win over Syracuse. On the bright side, they have played great defense in those 3 losses. Notre Dame averages 77 points per game, and the Tigers held them to 61 without Simms. Notre Dame Head Coach Mike Brey s first statement after the game was: "They're a great defensive team." They just can't get a break this season with all the injuries and now the flu! Hemenway's shooting has been a shot in the arm offensively since he came back from injury. Hopefully that will continue! He made four 3's tonight and scored a season-high 16. Mack also scored 16 to lead the team. 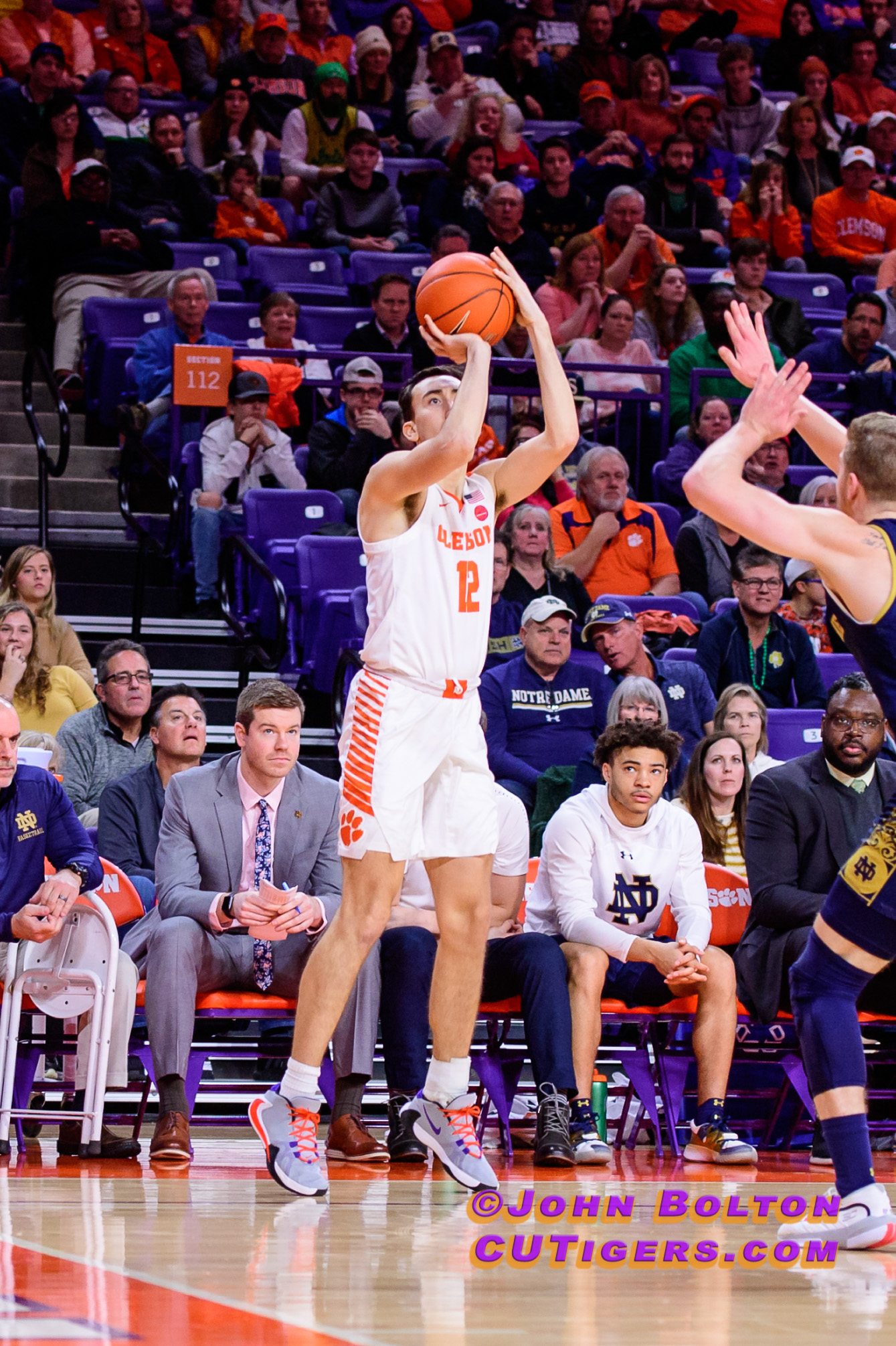 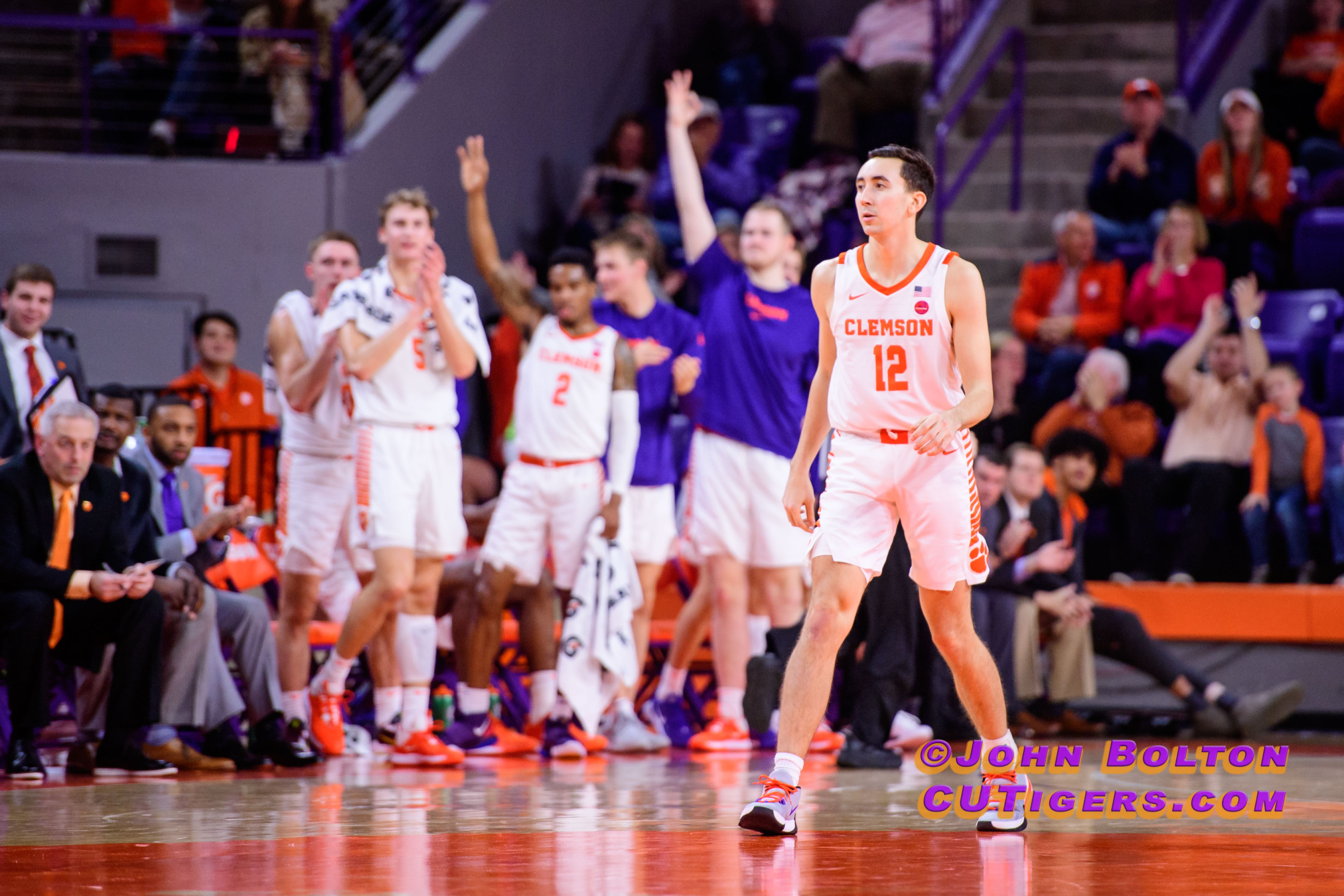 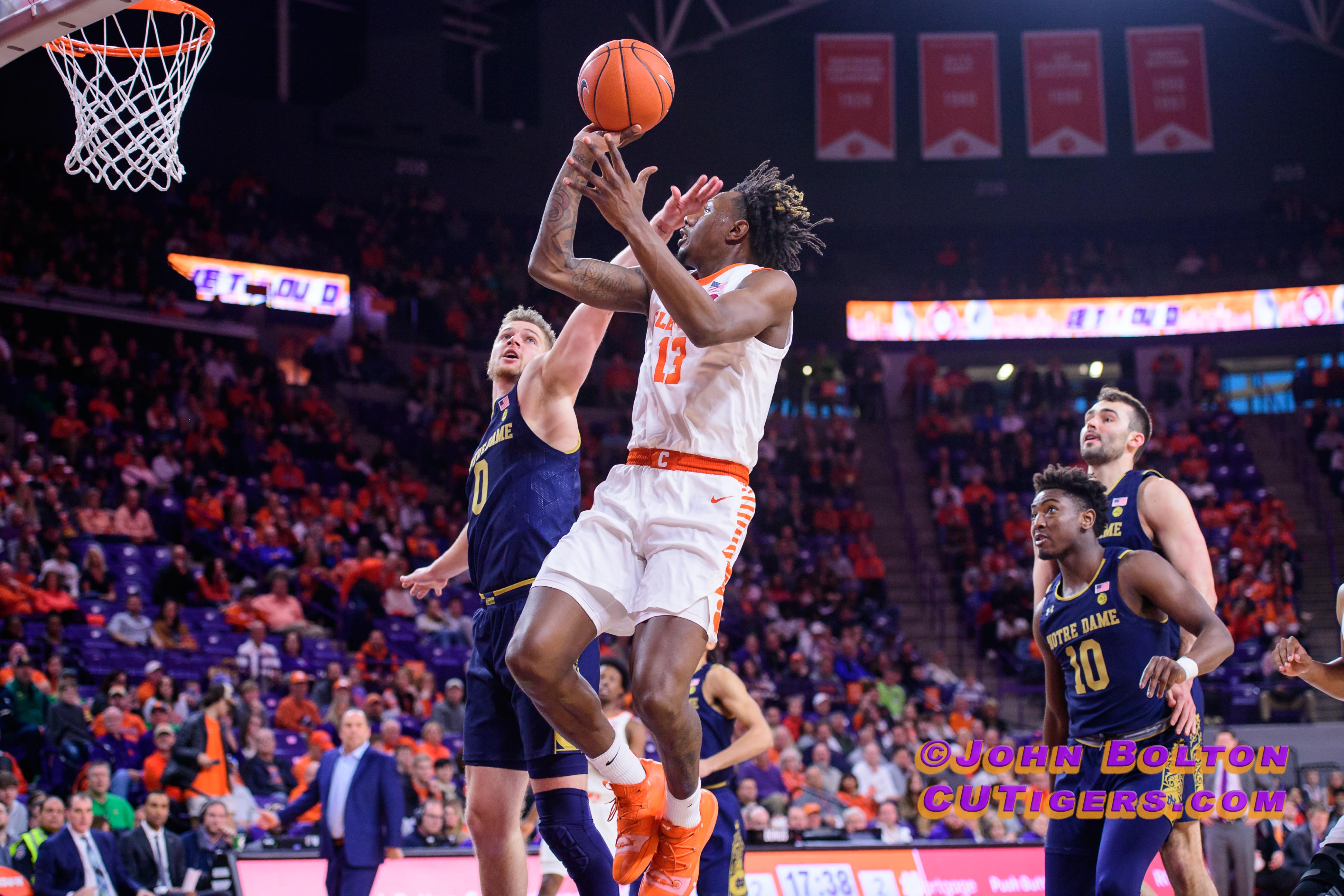 It's a shame Simms had to miss the game because the Tigers were just one game out of 6th and 2 games out of 4th in the ACC standings. Now they fall to 5-8 and have another tough game at Pitt on Wednesday before Littlejohn comes calling on Saturday. Post-game interviews are below.
MORE CLEMSON BASKETBALL AND FOOTBALL COVERAGE HERE