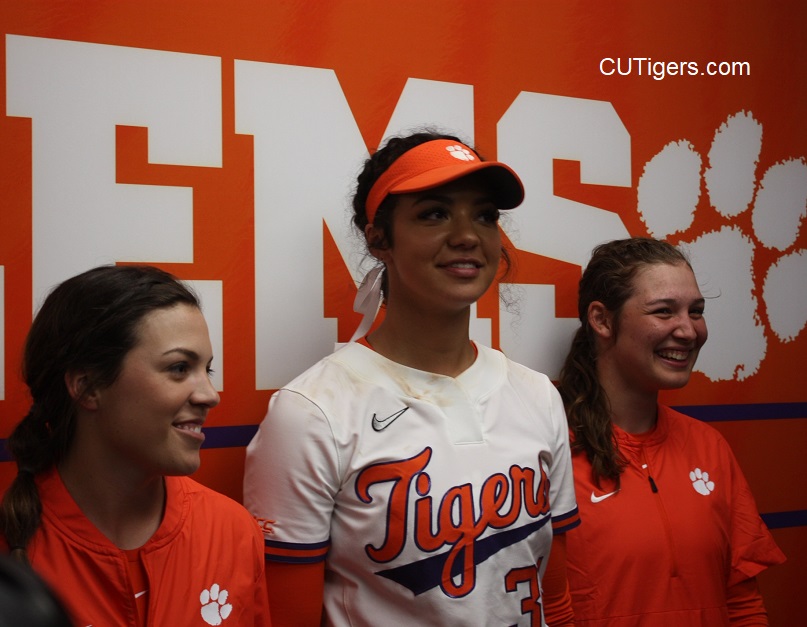 CLEMSON, SC - The Lady Tigers opened their brand-new stadium to a sellout crowd on Wednesday after starting the season 2-3 in their tournament in Orlando last weekend. Game one of Wednesday's doubleheader was a pitchers' duel with WCU coming out on top 2-0. The Tigers had their chances and actually out-hit the Catamounts 7-4. However, the Tigers weren't able to get the timely hits with runners on base that their counterparts were. The Tigers left 8 on base, while the Catamounts scored on a leadoff home run and back-to-back singles with a passed ball in between. Valerie Cagle was outstanding in the losing effort, allowing just 4 hits and one earned run with 5 strike outs in the 7-inning complete game. She also reached base 3 times with a single and 2 walks. Shortstop Hannah Goodwin was 2-3. Three different Tigers had doubles, but they were unable to get the big RBI's they needed.
Game two was all about Logan Caymol. The 6'0 redshirt freshman from Buford, GA was tremendous from start to finish, throwing a no-hitter with 11 K's and 2 walks in 5 innings. The Tigers also found those timely hits that eluded them in the first game, and ironically it was Valerie Cagle, the pitcher from game one, who broke the ice with her 2-run HR in the 1st inning. Abi Stuart led of the 4th with a double, and the Tigers would go on to score 4 runs before recording the first out of the inning. Stuart led off the 5th with a walk, and that led to two more runs without an out, which made it 8-0 and invoked the mercy rule to end the game after 5 innings. Cammy Pereira was 3-3 in game two, while Valerie Cagle and MK Bonamy each went 2-3. It was a heck of a day for the two-way Cagle, who was 3-5 at the plate with 2 walks, a HR and 3 RBI's on top of her 4-hit performance on the mound. Logan Caymol is now 2-1 on the season. She pitched a complete game in the Tigers' 4-2 win over St. John's in the season opener but got the loss against home-team UCF in the same tournament. 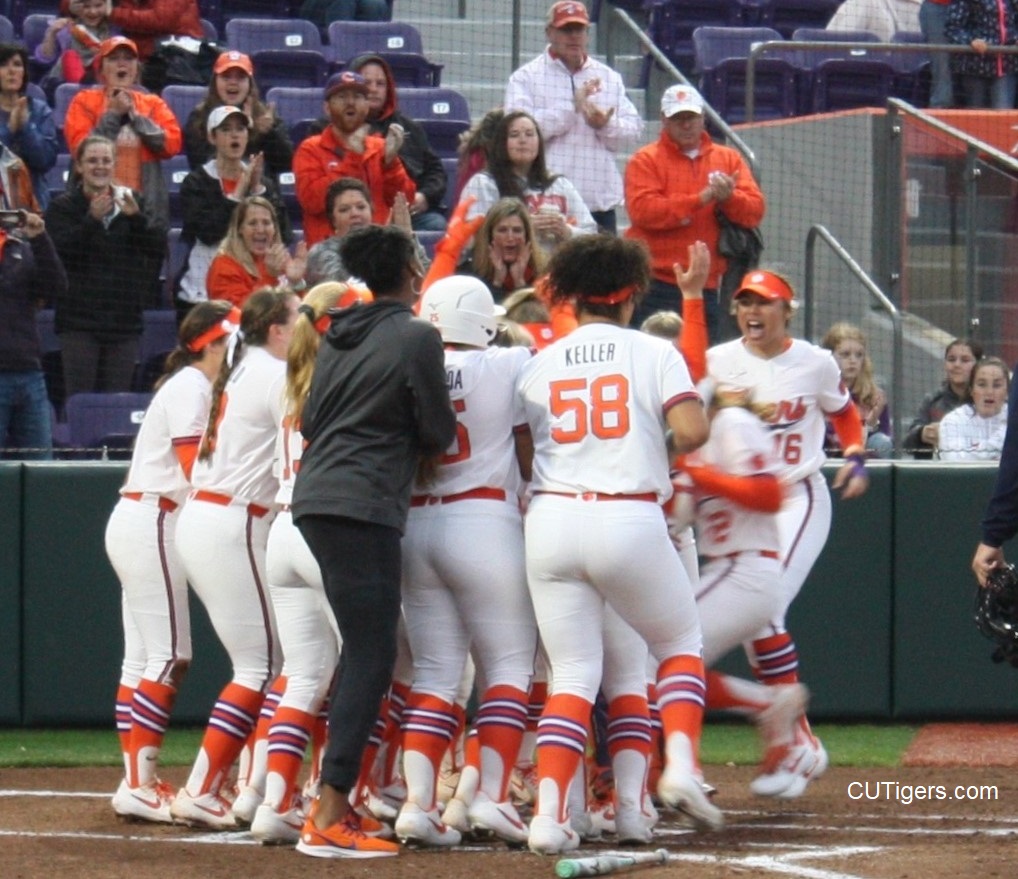 The Tigers host Maryland and Michigan State this weekend in the ACC-Big Ten Challenge, beginning with the Terps on Friday at 2:30. It's also opening weekend for Clemson Baseball as the Tigers host Liberty in Doug Kingsmore Stadium! Post-game interviews with John Rittman, Logan Caymol, Valerie Cagle and Cammy Pereira are below.
MORE CLEMSON FOOTBALL, BASKETBALL AND BASEBALL COVERAGE HERE