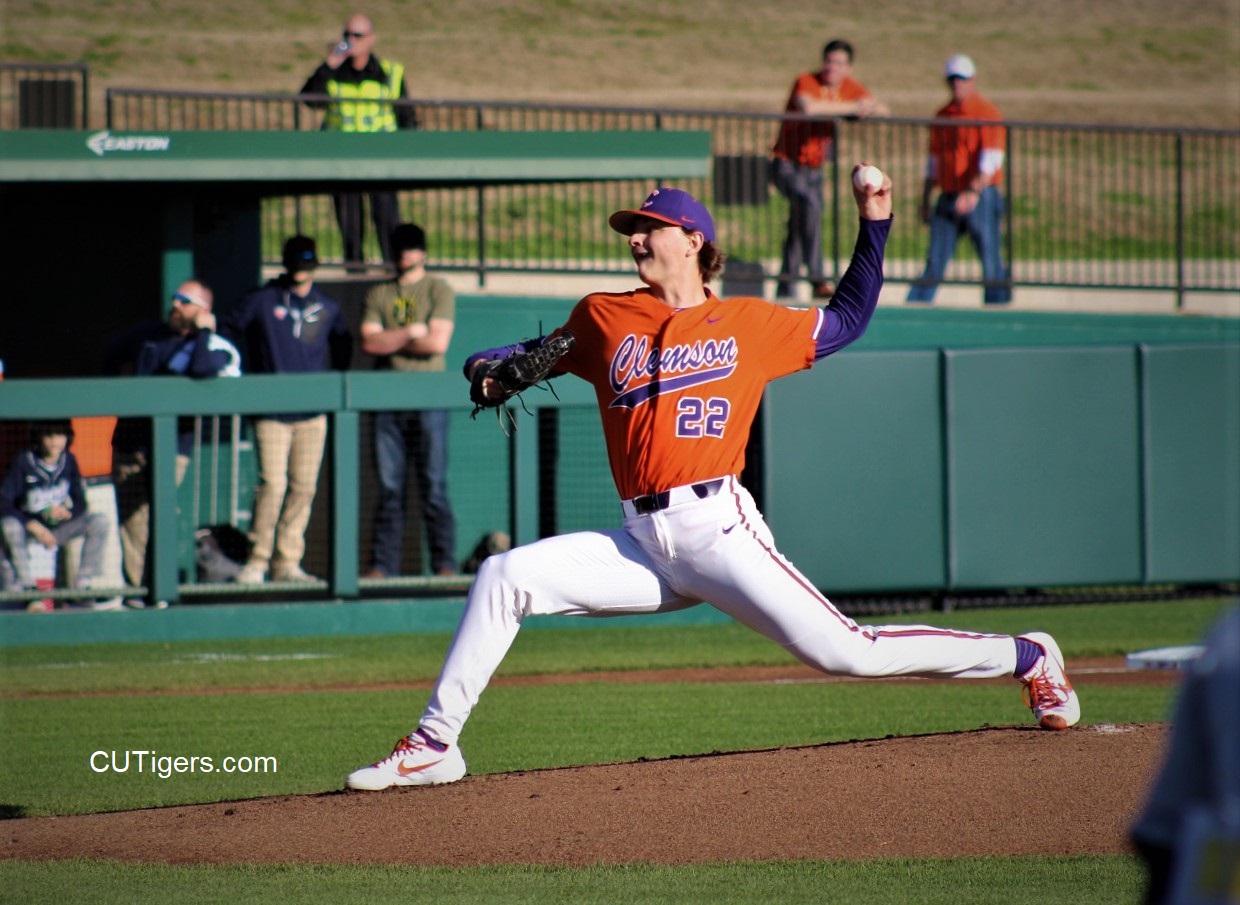 Photo by Trevor Groves CUTigers.com
CLEMSON, SC - Sam Weatherly got a no-decision, going just 4 innings, but he had 8 K's. Needs to limit the walks this season though! He had 6 walks and 2 HBP's. He was the same last season, leading the team in both K's and walks per 9 innings. Hall had the game's only HR but had 2 errors at short. Meredith was 2-3 and Henderson was 2-4 with an RBI. The Tigers' pitchers did a good job with runners on but allowed way too many base runners. Liberty left 17 on base.
Davis Sharpe will get the start tomorrow at 1:00. I asked Monte about him not being in the lineup tonight, and he said candidly that Fairey just earned the start in Fall Ball, outplaying Sharpe, who batted in just about every game he didn't pitch last season. I'll have post-game interviews posted shortly!
MORE CLEMSON BASEBALL, BASKETBALL, SOFTBALL & FOOTBALL COVERAGE HERE