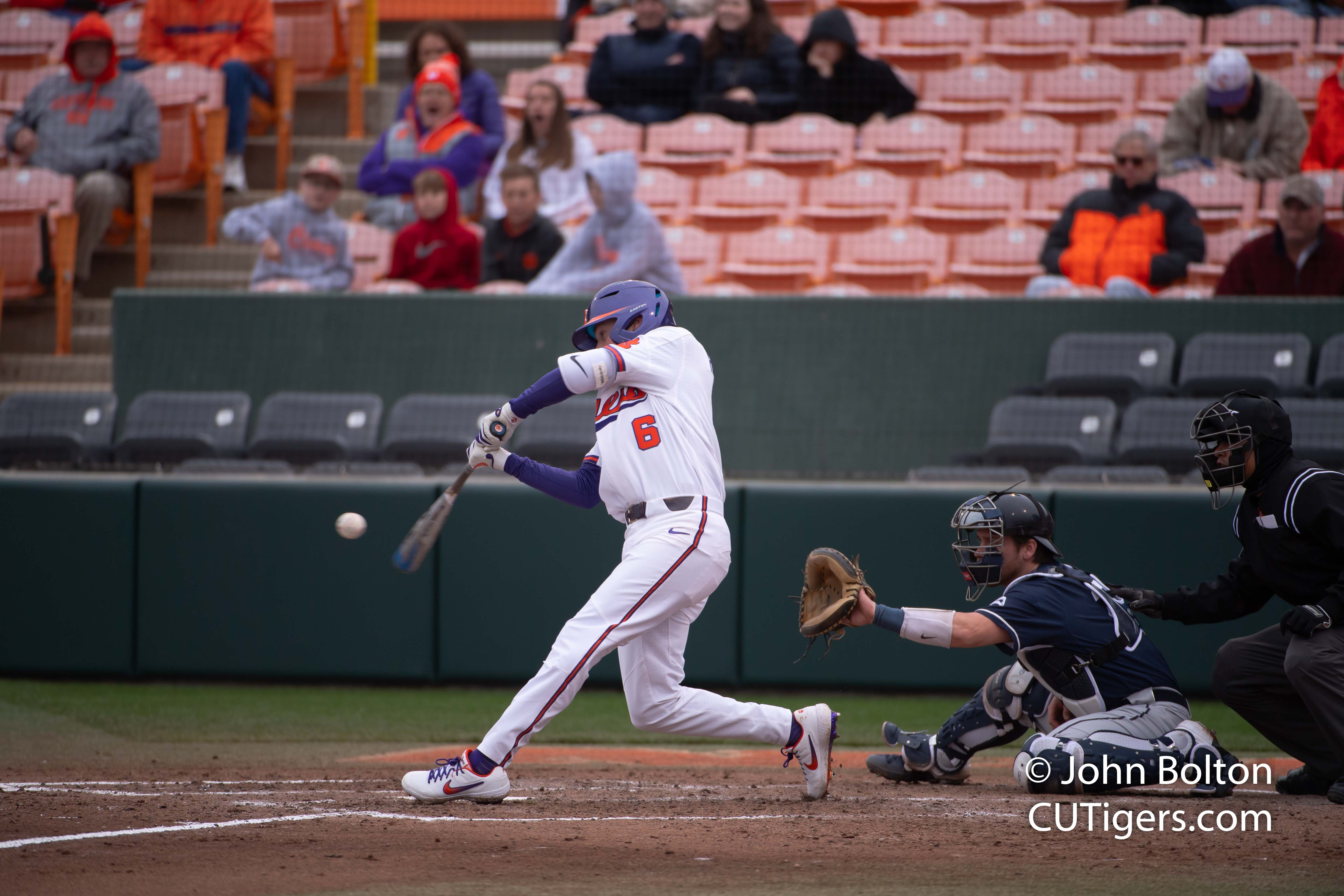 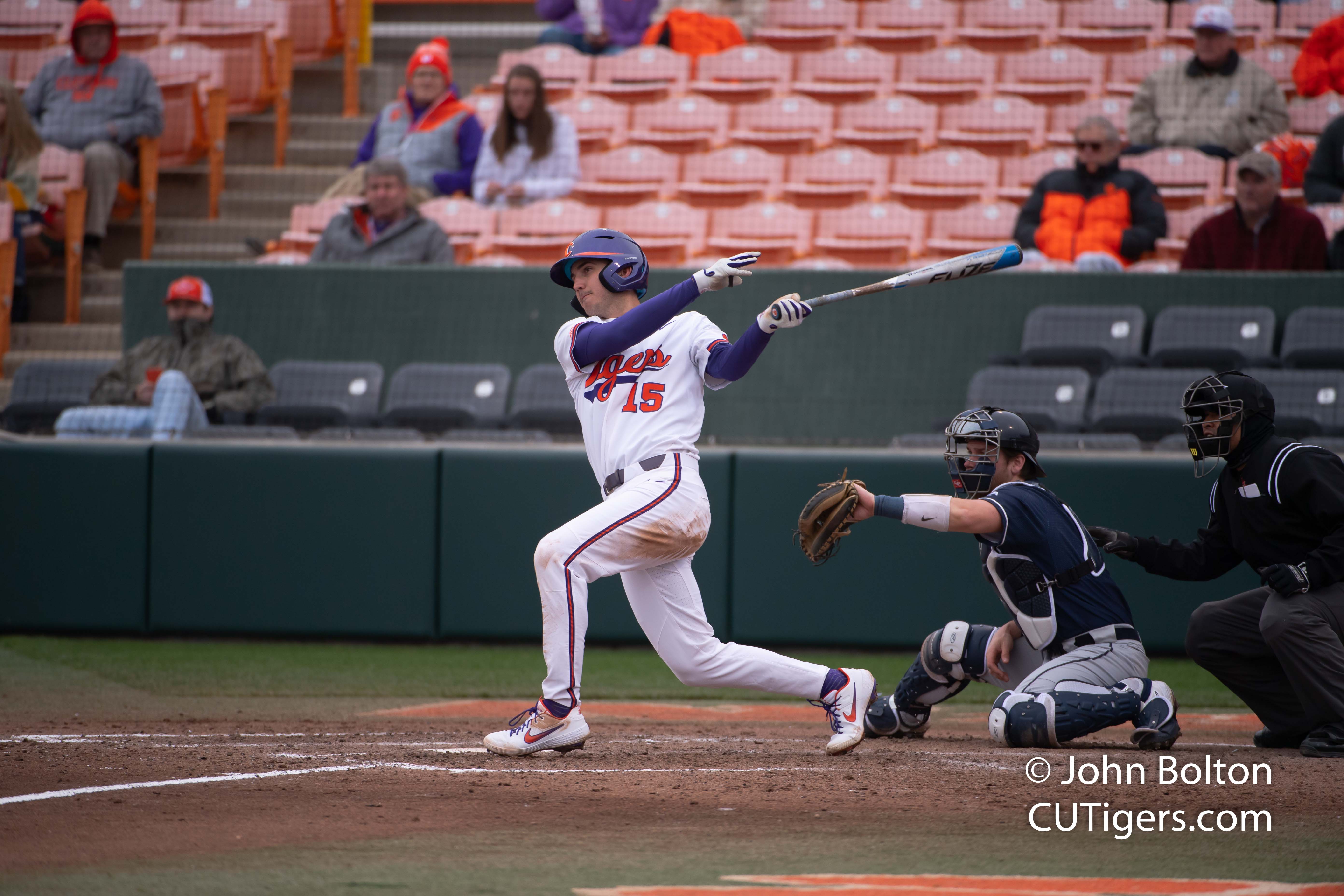 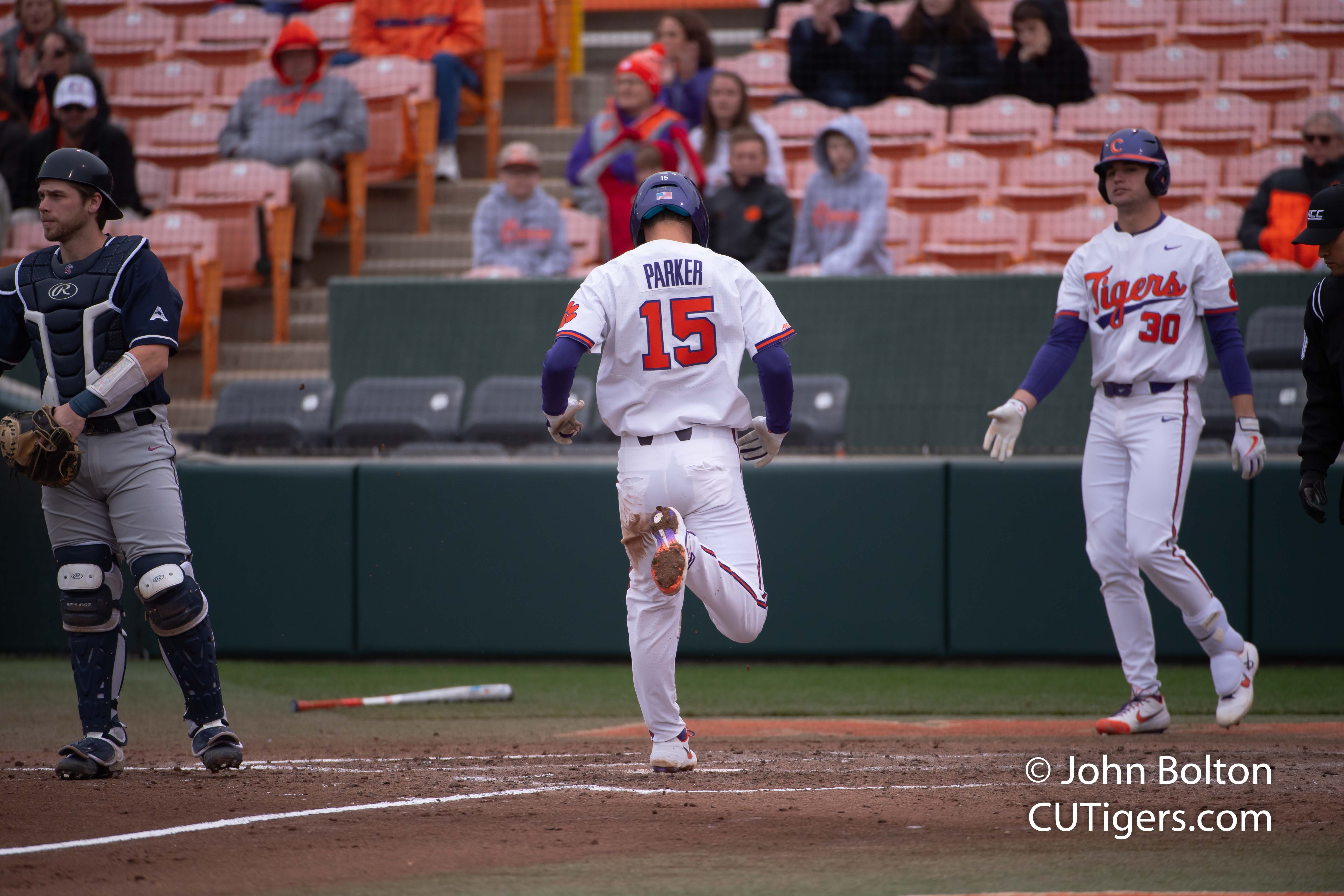 CLEMSON, SC - Hackenberg and Parker were the heroes today, along with the pitching for the Tigers. Hack was 3-4 with 3 RBI's and a put-out. Parker reached base in 4 of 5 at bats and had the Tigers' only HR. Henderson continued his hot hitting, going 2-4 with a double and 2 RBI's. He batted .545 this weekend, Hackenberg .462 and Parker .385. Meredith was .455 and played in left field today without hurting himself! Davis Sharpe made his debut at the plate today after making his debut on the mound on Saturday. As the DH, he was 1-3 with a walk. Bryar Hawkins also made his 2020 debut at 1st but had a rough one, going 0-4 with 2 K's. Monte is searching for an answer at 1st base. He told me on Friday night that Chad Fairey flat-out won the job with his play in the fall, which is why Sharpe didn't start at 1st, but Fairey was hitless in the first two games and was unable to come up with a sacrifice RBI in a big spot on Saturday. 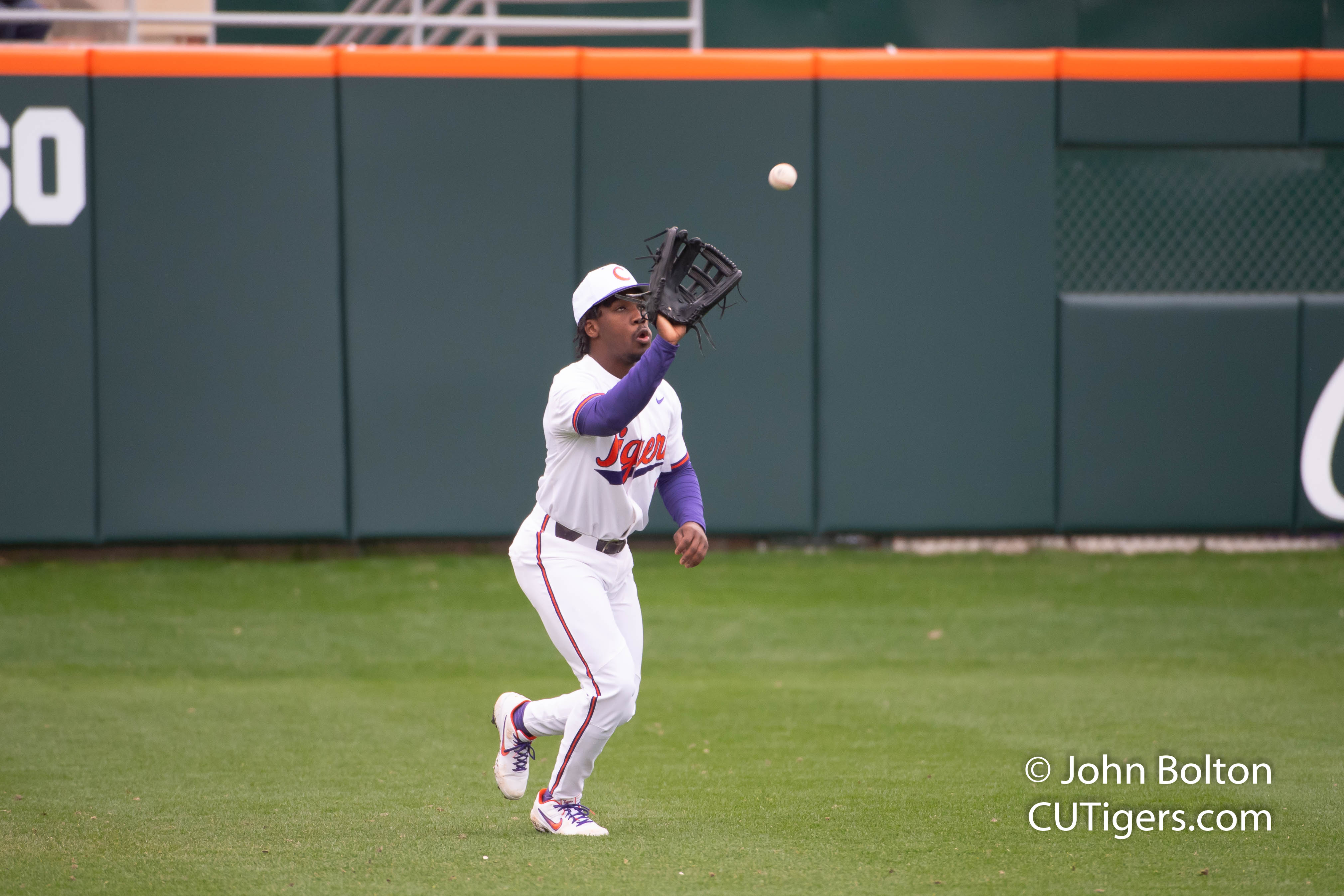 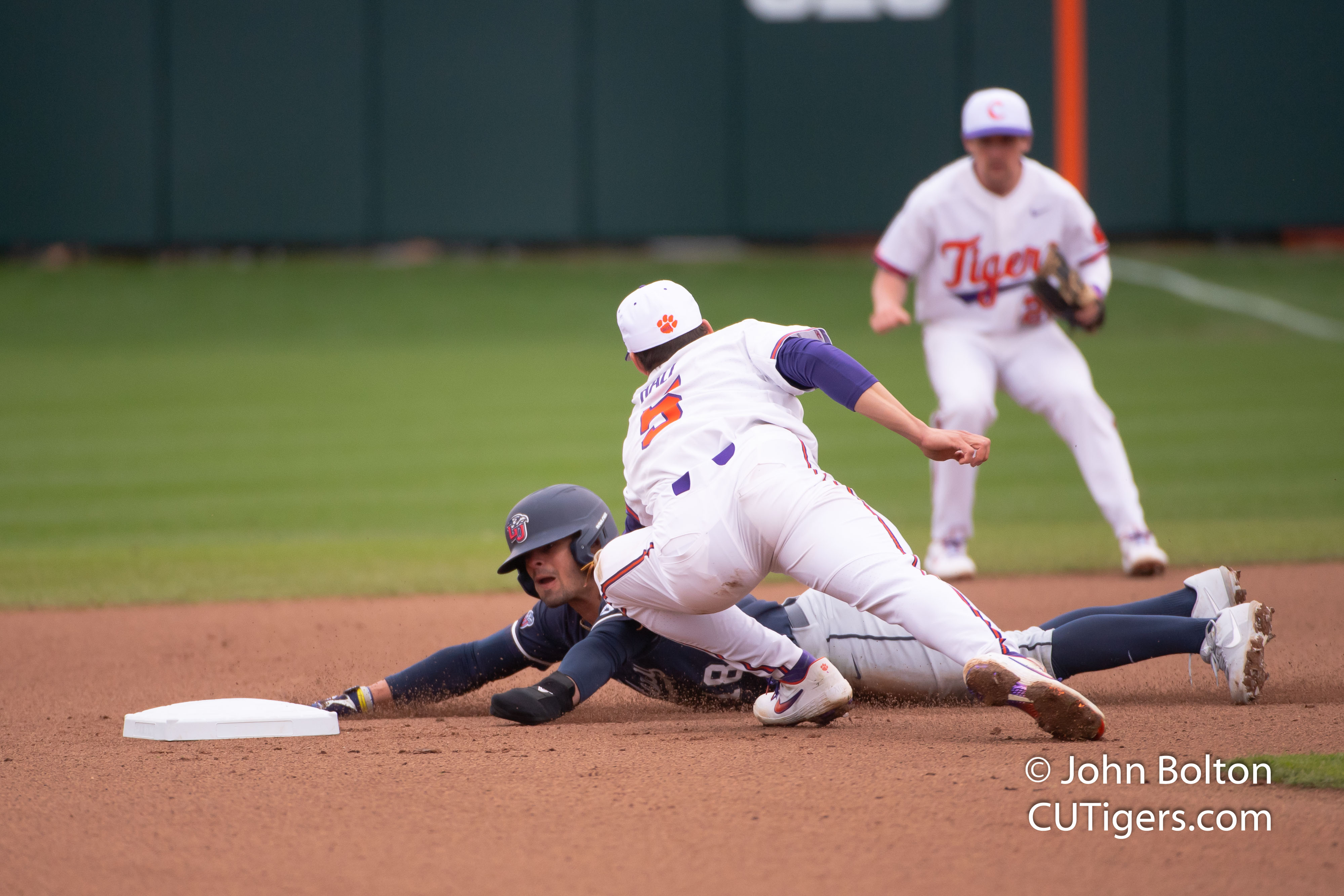 Spencer Strider looked great in his return from shoulder surgery, which caused him to miss all of last season. He retired 9 of 10 batters in his 3 innings, striking out 4 with a full-count walk. Monte pulled him after 45 pitches as a precaution. Monte turned again to a couple of freshmen on the mound in middle relief. Carter Raffield made his debut with 2 K's in one perfect inning, and Geoffrey Gilbert made his second appearance after picking up the win out of the pen on Friday. He also had 2 K's in one perfect inning of work before Spiers came in for the close. 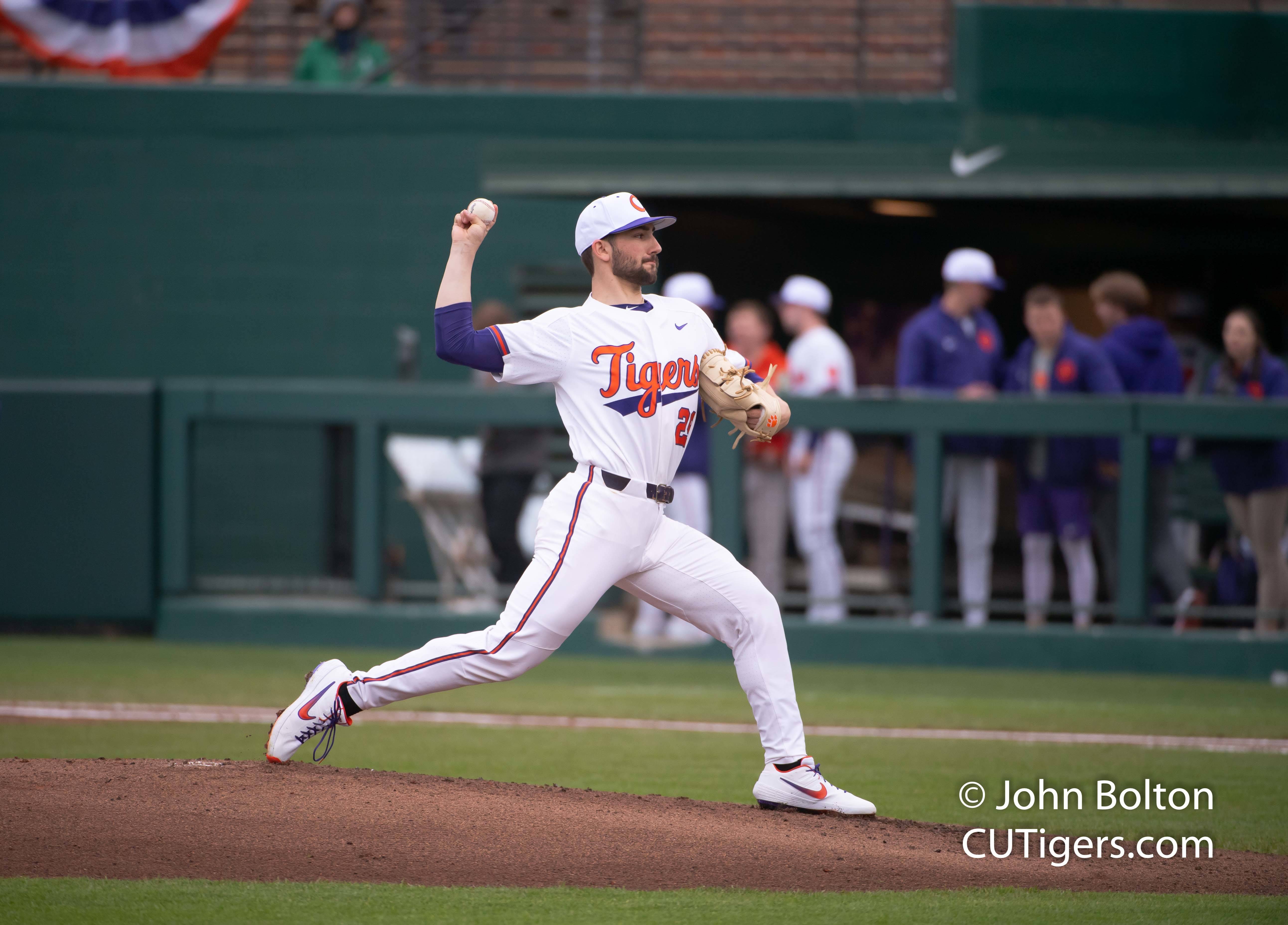 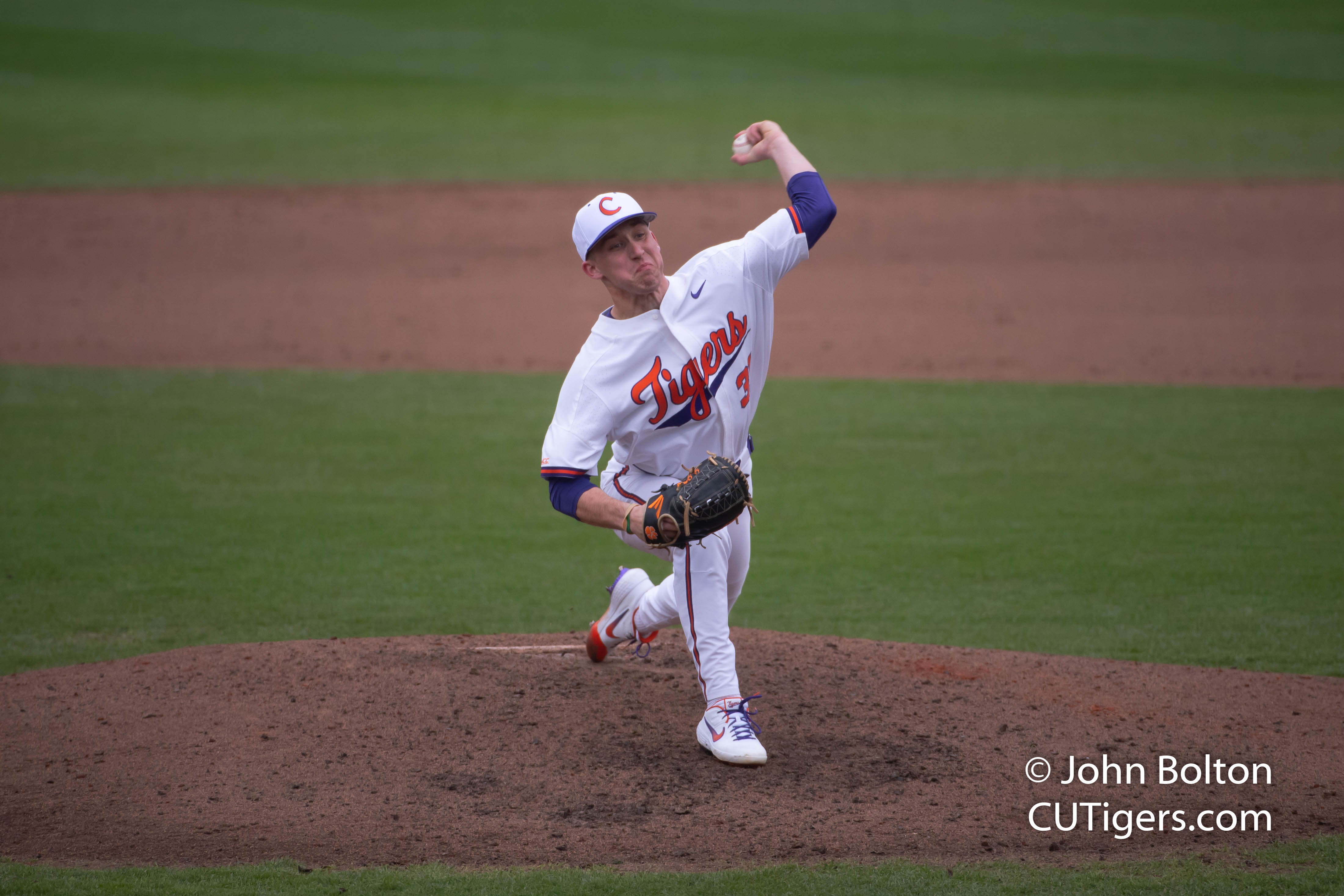 The Tigers host The Citadel on Tuesday at 4:00 and Furman on Wednesday at 4:00. Post-game interviews are below!
MORE CLEMSON BASEBALL, BASKETBALL, SOFTBALL AND FOOTBALL COVERAGE HERE