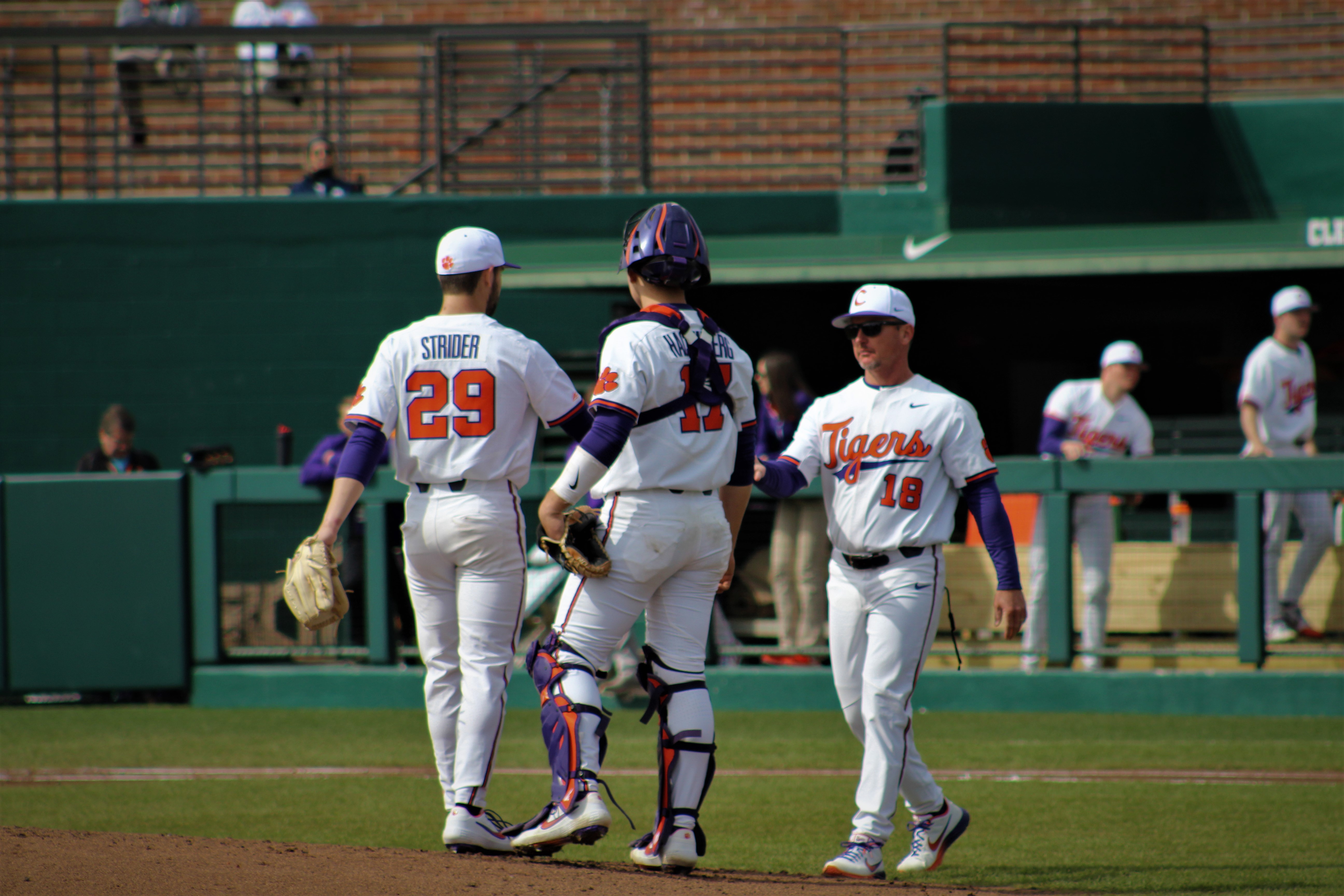 CLEMSON, SC - It was another lackluster offensive performance, but the pitching was stellar once again, as the Tigers beat Stony Brook 3-1 on Sunday for their second weekend sweep, improving to 7-0 on the season. The Tigers' pitching staff has allowed just 8 runs this season and went 33 straight innings without allowing a run--which might be a Clemson record--until Stony Brook got a sac fly on a 1-2 count in the 7th. Former starter Mat Clark made his second appearance out of the pen, relieving Spencer Strider in the 3rd after 51 pitches. Strider is on a low pitch count limit because of his shoulder surgery a little over a year ago. Clark went 4 innings with just 2 hits and 4 K's, but he gave up the run in the 7th before Spiers came in and picked up his 1st win of the season. Monte told me after the game that he considers Clark, Askew and Raffield to be like "second starters" rather than relievers, even though they come out of the pen for middle relief work. Both Clark and Askew were regular starters for the Tigers last season.
The Tigers managed just 3 hits while Stony Brook had 5. Even Henderson had a bad day at the plate, going 0-4 after reaching base all 5 times yesterday with a double and the game-winning single. However, they were able to find a way to score 3 runs with some help from Stony Brook. The Tigers' first run came on a 2-out balk in the 5th after Brewer's 2-out single and steal put him on 3rd. They broke the 1-1 tie with 2 more runs in the 8th, thanks to 2 hit batters, 2 walks and an infield single by Teo. Sam Hall was benched for the first time this season despite finally breaking out of his slump with a 2-out RBI triple on Friday and an infield single on Saturday. I expect Monte will have him back in the lineup for the ETSU game on Tuesday. One thing is for sure: the Tigers need to find some semblance of an offense before their series with the Gamecocks next weekend! If the pitching continues to be as dominant as it has been so far, they can win a lot of games and even go to Omaha on pitching and defense, but the question is whether the pitching is that good, or has the competition been that bad? We'll find out soon!
Post-game interviews and highlights are below!
MORE CLEMSON BASEBALL, BASKETBALL, SOFTBALL AND FOOTBALL COVERAGE HERE