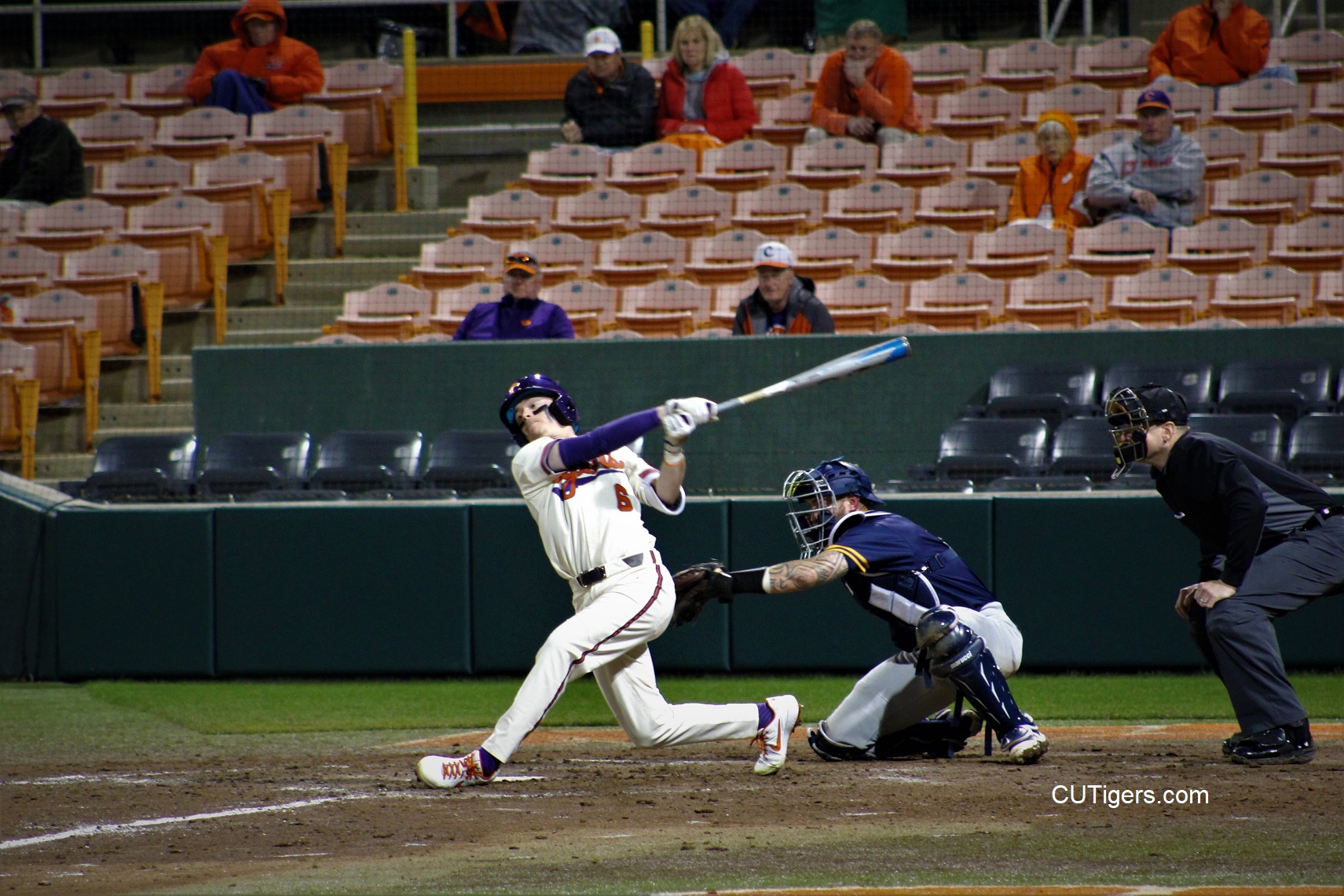 CLEMSON, SC - The Tigers had the tying run at 2nd and winning run at the plate, but Sharpe came up just short to center. He was 3-4 and Meredith was 4-5, including the double in the 9th with 2 outs. Monte told me after the game that he gave Hall the bunt sign after the leadoff double by Hawkins, but Hall took 2 strikes and then had to swing away, and he struck out. Monte was obviously not happy about that. He pinch hit Fairey in the 9th, and he struck out swinging, remaining hitless on the season. Hopefully the pitching staff is as good as they looked in the first 7 games because there is just very little offense. Even Henderson has cooled off after reaching .579 to start the season.
The Tigers are now 7-1 and play the Gamecocks in Columbia on Friday and Saturday before coming back to Clemson on Sunday! The Gamecocks lost their series with Northwestern over the weekend--2 of the games in 10 innings--so that gives me hope, but the Tigers are likely to see better hitters than they have so far.
Post-game interviews are below.
MORE CLEMSON BASEBALL, BASKETBALL, SOFTBALL AND FOOTBALL COVERAGE HERE