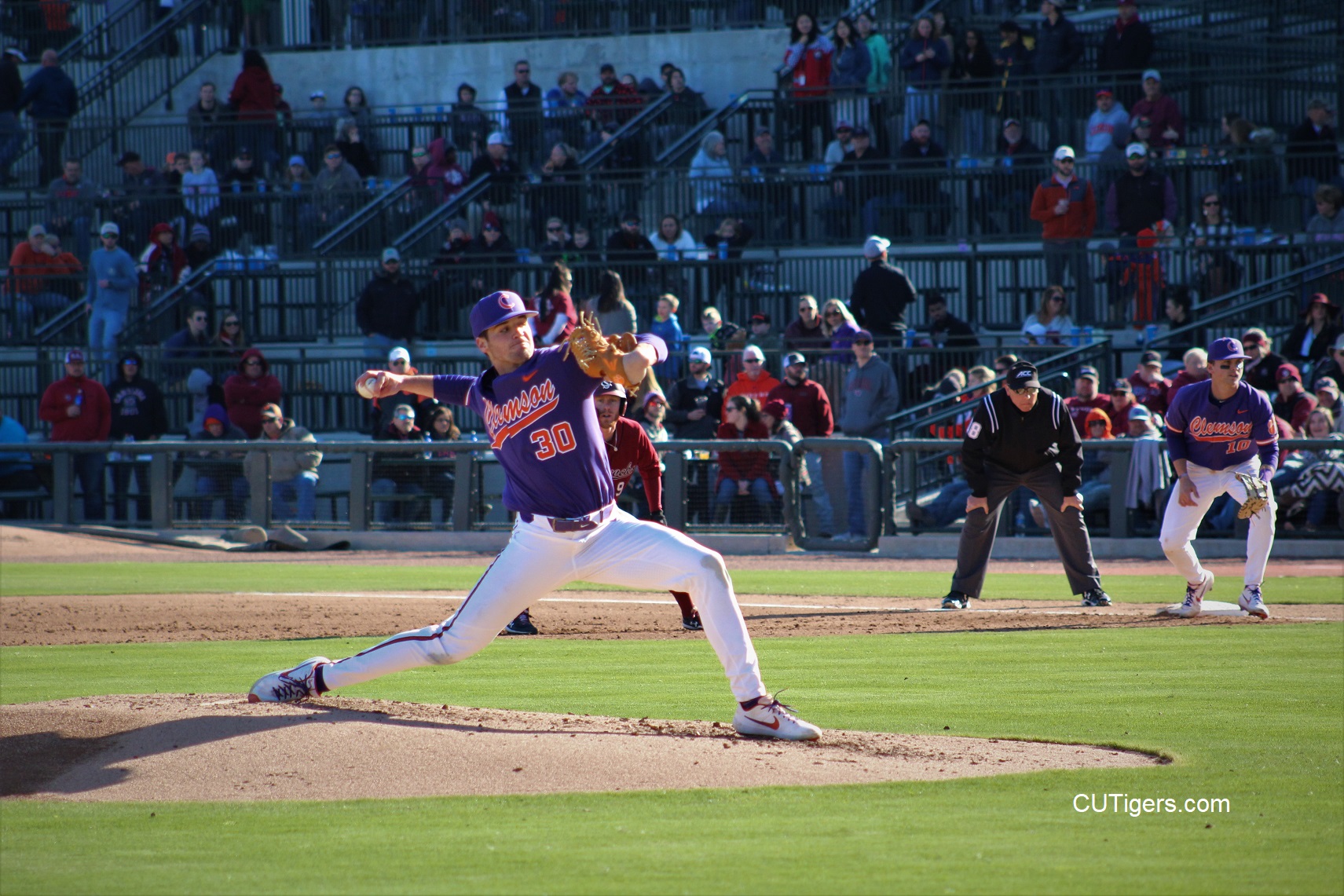 COLUMBIA, SC - The Tigers kept fighting and made it interesting in the 9th, loading the bases and walking in a run to make it 8-5. Kier Meredith was 6 for his last 9 and represented the winning run. I really thought he was going to hit a walk-off grand slam, but he flied out to left to end the game. Davis Sharpe had a rough outing on the mound but hit his second HR in as many games to make it 7-4 in the 8th. It was his first time pitching and hitting in the same game since early last season. I asked Monte if that would likely continue going forward, and he said it will be a week-to-week decision. Obviously, they need Sharpe's bat in the lineup! He was benched in the season opener even though he didn't pitch. When I asked Monte about it, he said that Fairey won the starting job in the fall. Since then, Sharpe has been one of the best hitters on the team, and Fairey is still hitless.
At a pivotal point in the game, Monte brought true freshman Mack Anglin in to start the 7th inning with the score 4-2. Anglin had started the last two mid-week games but hadn't come out of the pen this season, so it seemed like an unusual move to put him in that spot. Anglin quickly gave up 3 consecutive singles leading to two runs and making the score 6-2.
The Tigers are now 8-2 on the season. It's gonna be a big rubber match 2:00 on Sunday at Doug Kingsmore! Post-game interviews are below.
MORE CLEMSON BASEBALL, SOFTBALL, FOOTBALL AND BASKETBALL COVERAGE HERE