CLEMSON, SC - The Tigers managed to squeeze in their annual Pro Day for NFL coaches, scouts and GM's before the Coronavirus pulled the plug on the entire sports world. Clemson was one of the few schools to hold its pro day before everything was shut down, so it was a big advantage for Tee Higgins, Diondre Overton, Denzel Johnson, Chad Smith, Sean Pollard, Gage Cervenka and others who did not perform at the NFL Combine. The big event most came to see was Tee Higgins running the 40-yard dash (see video of both his runs below). Tee was timed at about 4.55, which is what I was expecting. While that won't wow anyone, Dabo was quick to point out that the difference between a 4.2 and 4.5 in real time is not even realistically perceptible by the human eye. In addition, Tee's real value is his route running, his hands and his ability to go up and get balls over DB's, as he pointed out. He's also about as fast as any receiver in the draft when the pads are on. In my opinion, Higgins is a first-round pick despite one of the best WR draft classes in years.
Of the guys who participated in the NFL Combine--Simmons, Muse, Terrell, Wallace, Simpson and Anchrum--most of them participated sparingly in the Clemson Pro Day because they all performed very well in Indianapolis and helped their respective draft stock. Simmons wisely did not run again after his blazing 4.39 at the NFL Combine, but he did the bench press, putting up 20 reps at 225 pounds, which is once again freakish for a linebacker/safety. Gage Cervenka crushed the bench press, as expected, putting up 39 reps, which would have been second-most at the NFL Draft. He laughed about it with me afterwards, saying he put up 44 reps in the past and was hoping for at least 40. But 39 is a heck of a number!
I spoke with Dabo and several of the participants after. Simmons declined to be interviewed on the advice of his agent. The interviews are below, and I'll have some photos as well. Click the link below for all the official results and times from the day!
OFFICIAL CLEMSON PRO DAY RESULTS HERE
MORE CLEMSON FOOTBALL, BASEBALL, BASKETBALL AND SOFTBALL COVERAGE HERE 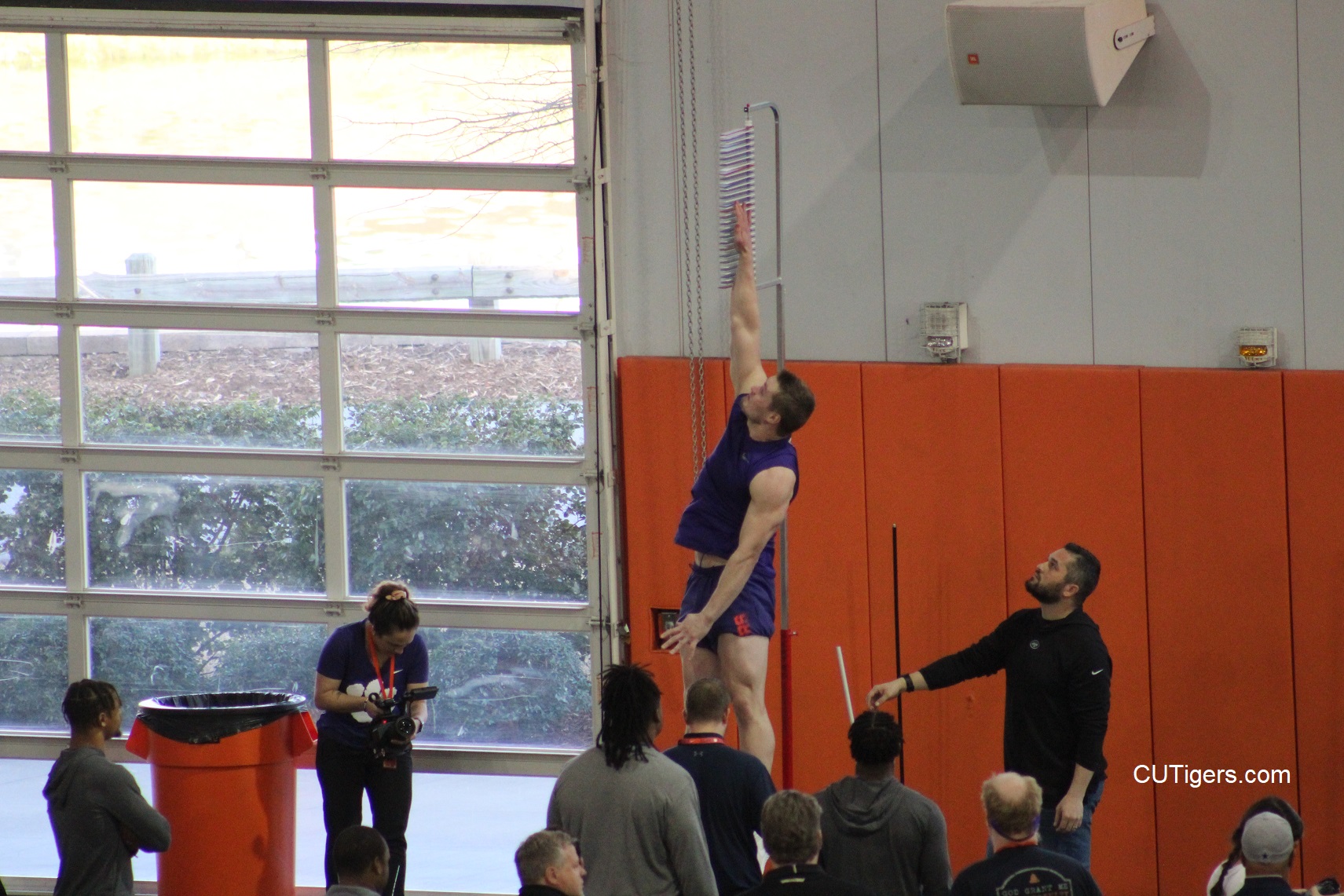 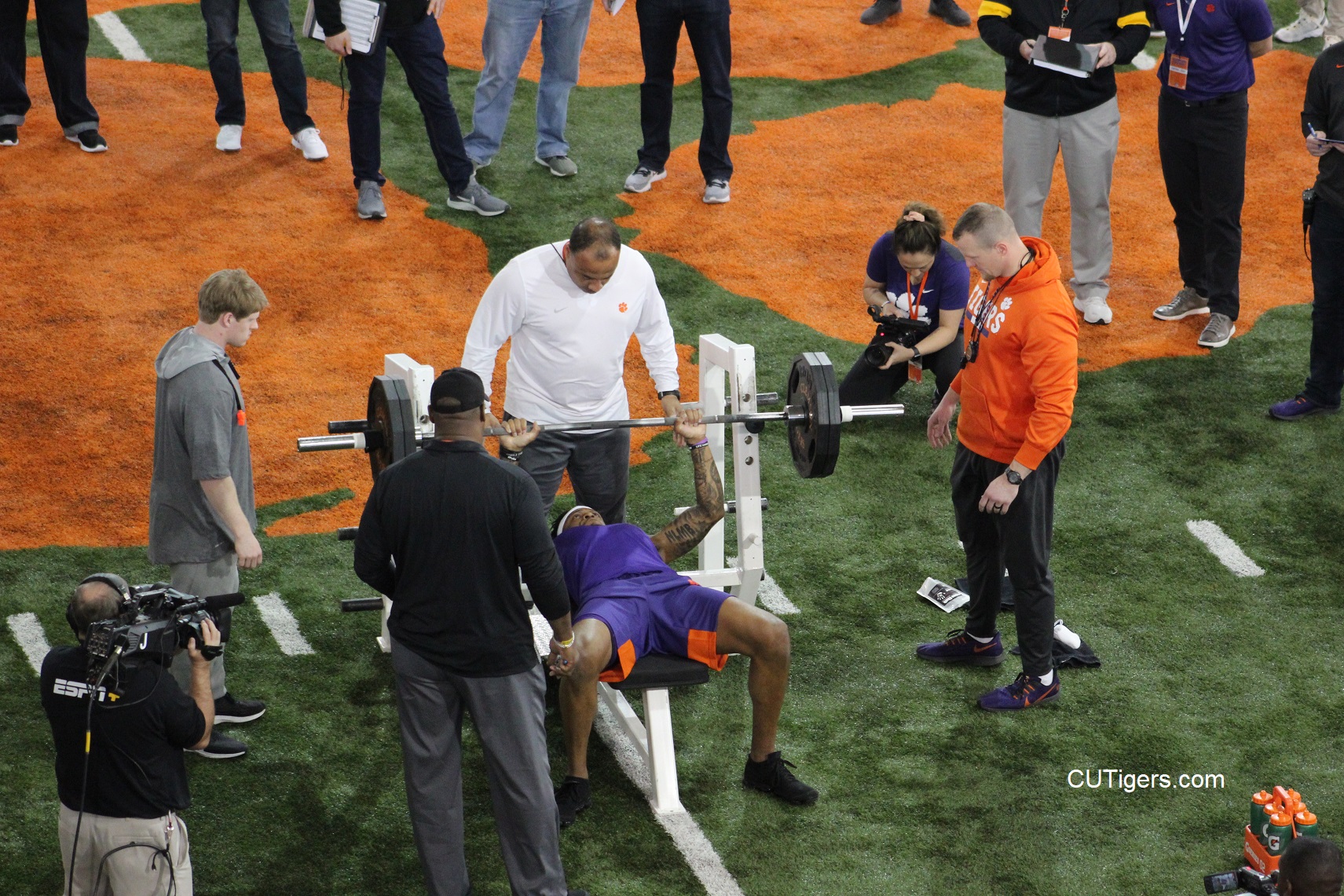 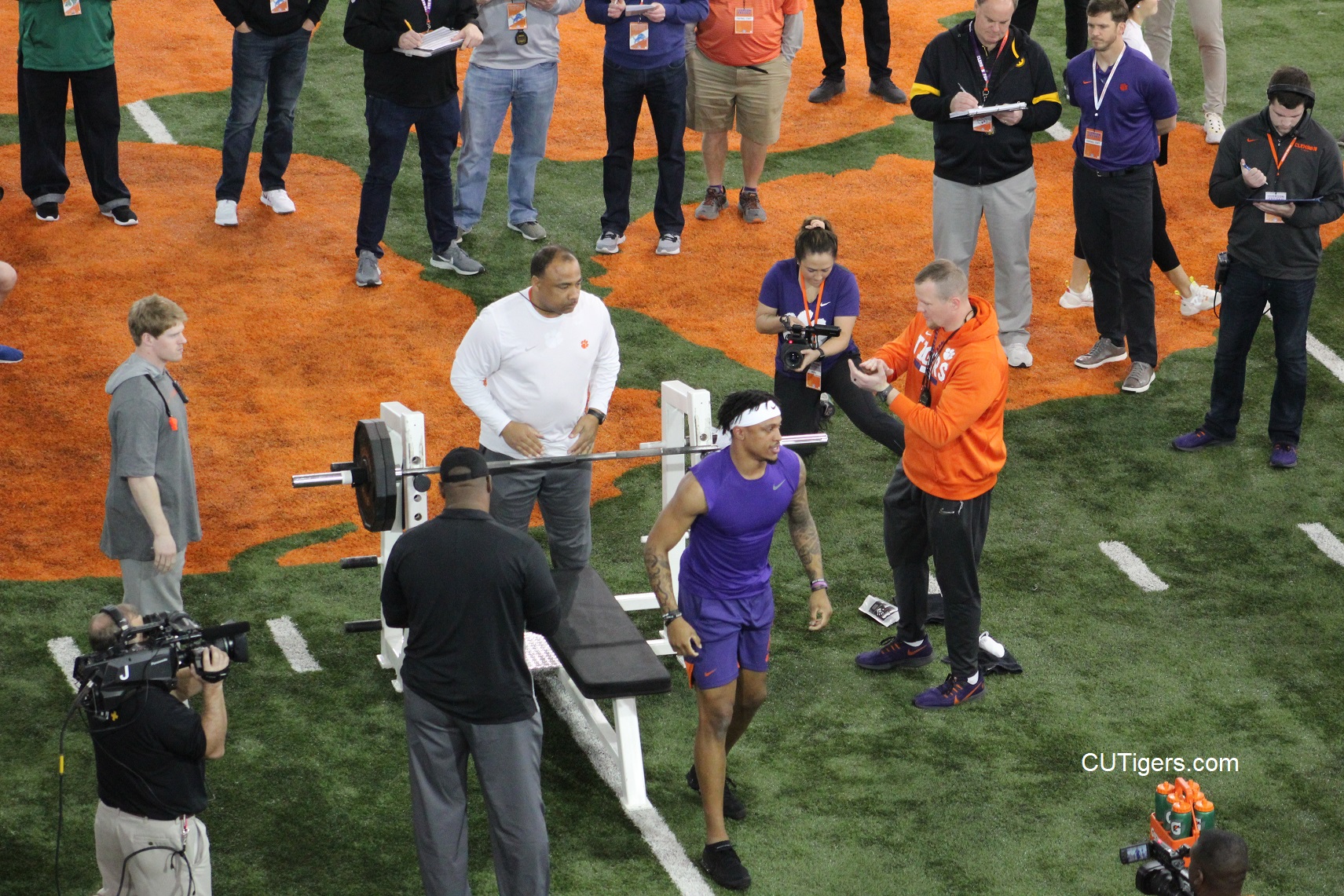 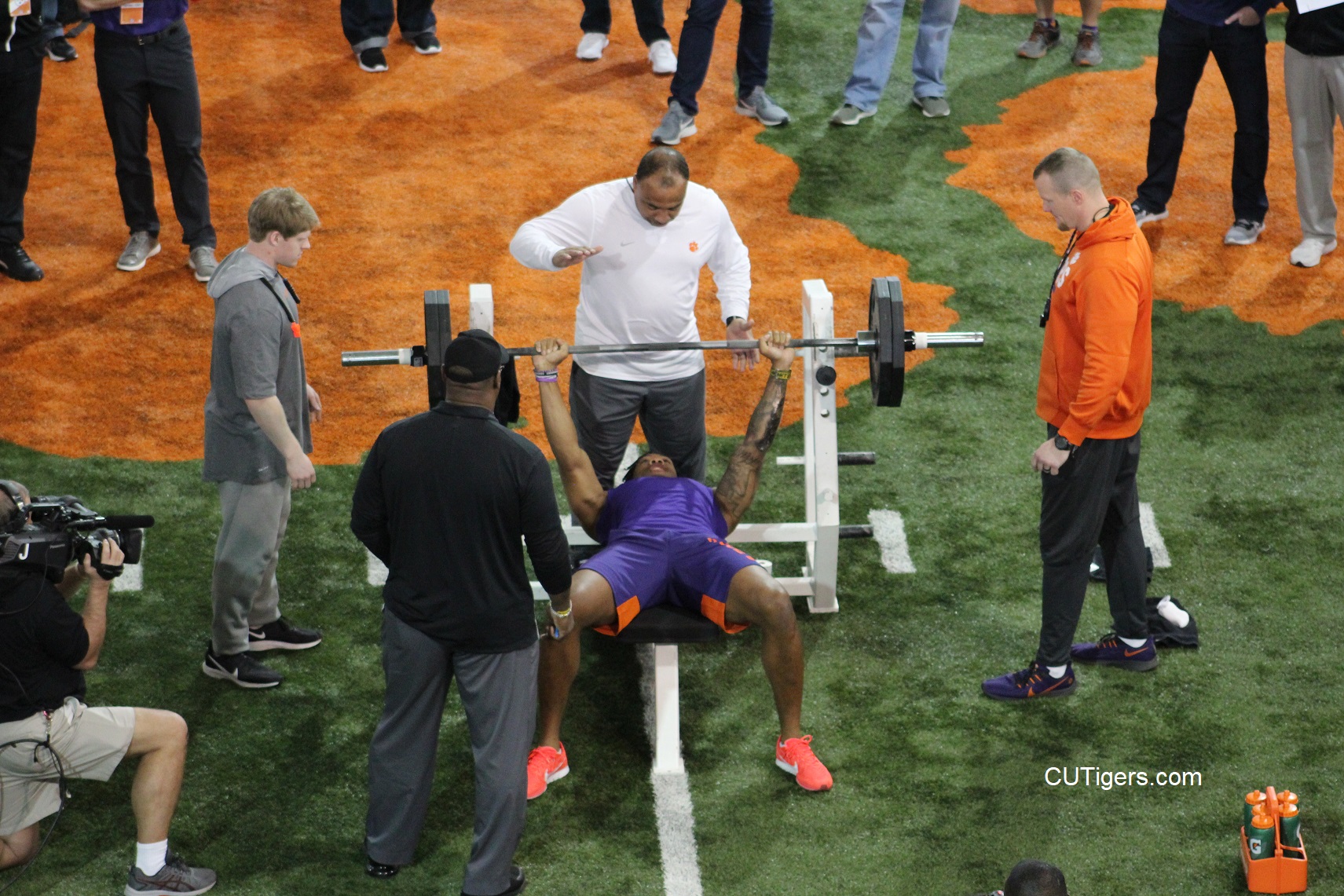 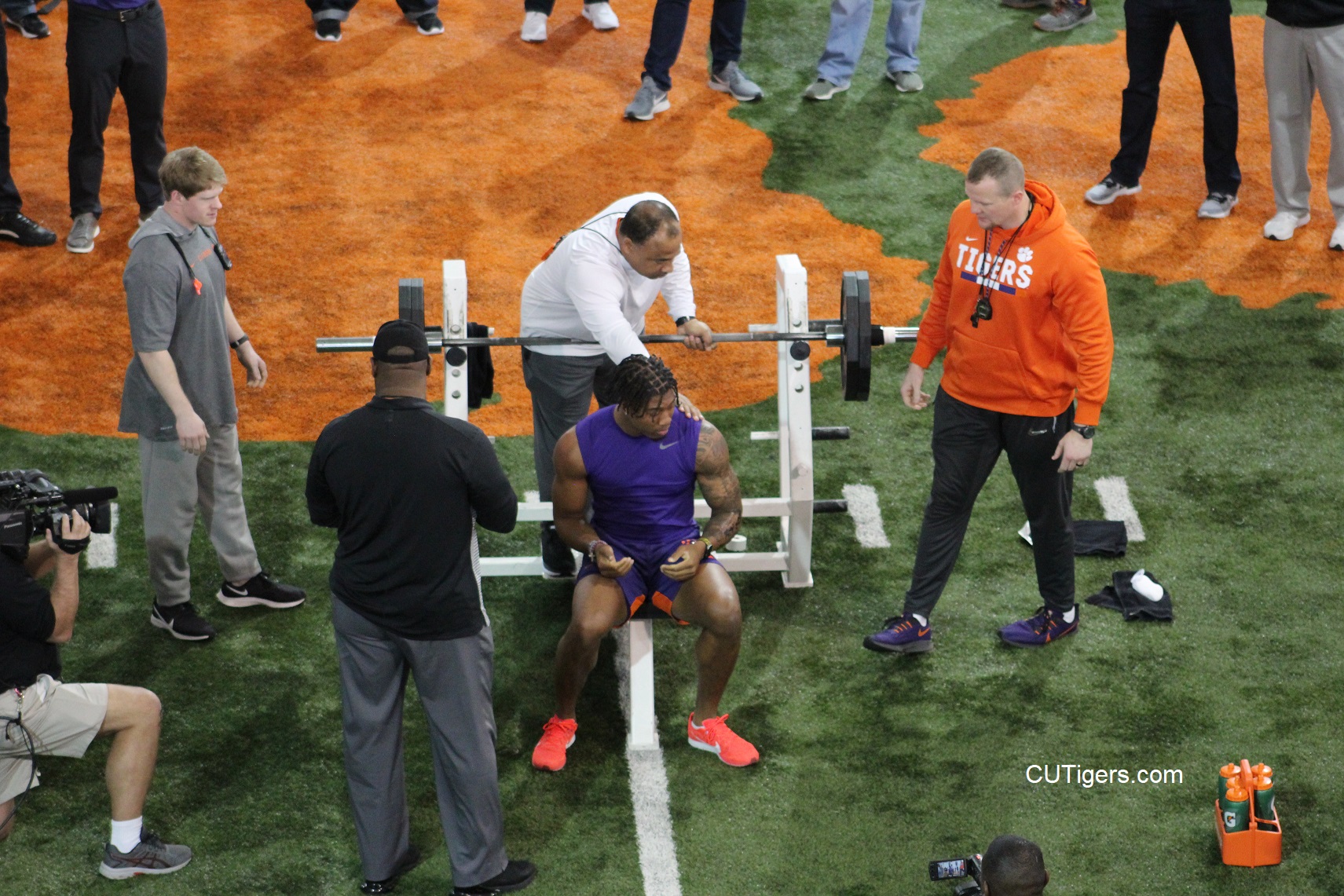 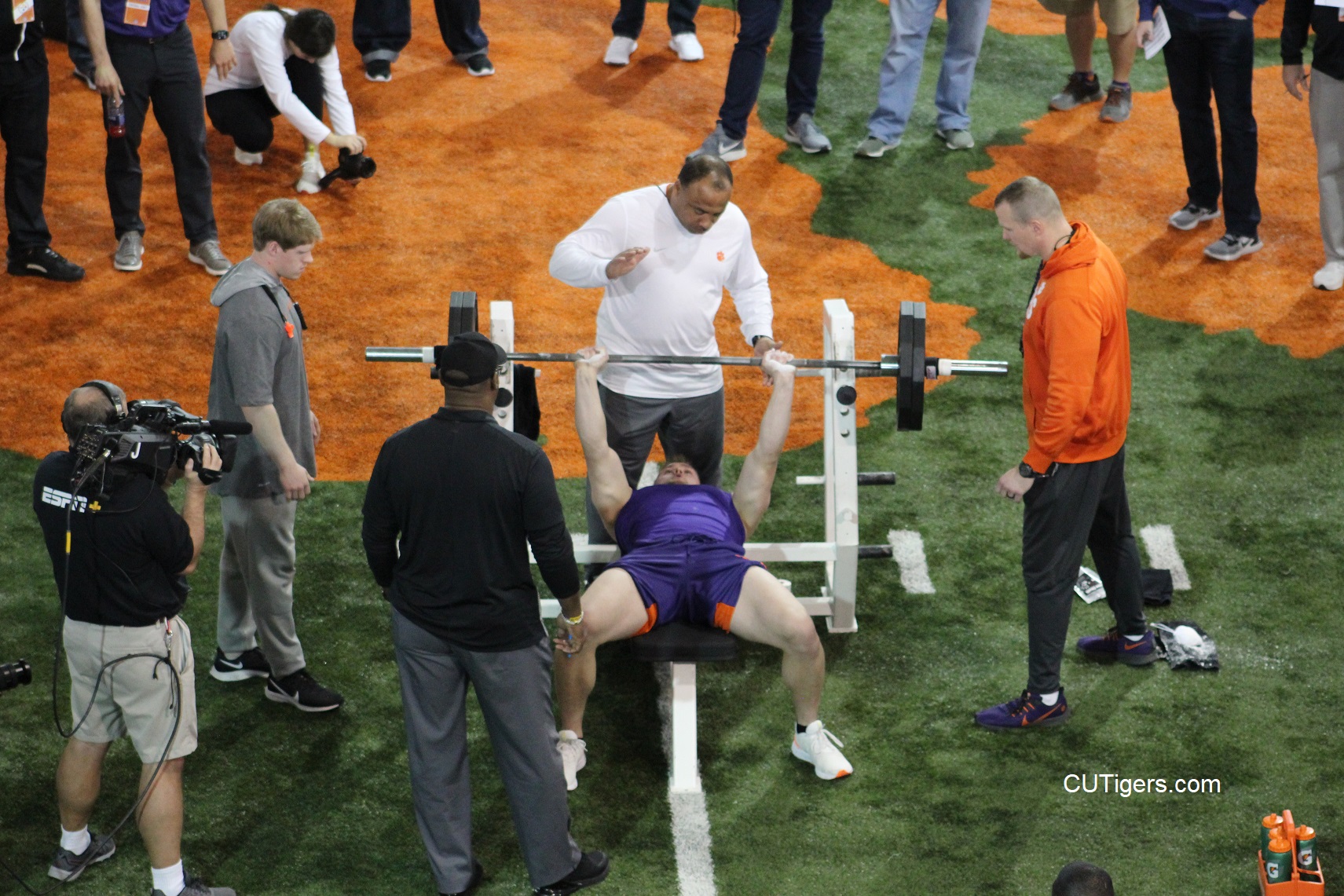 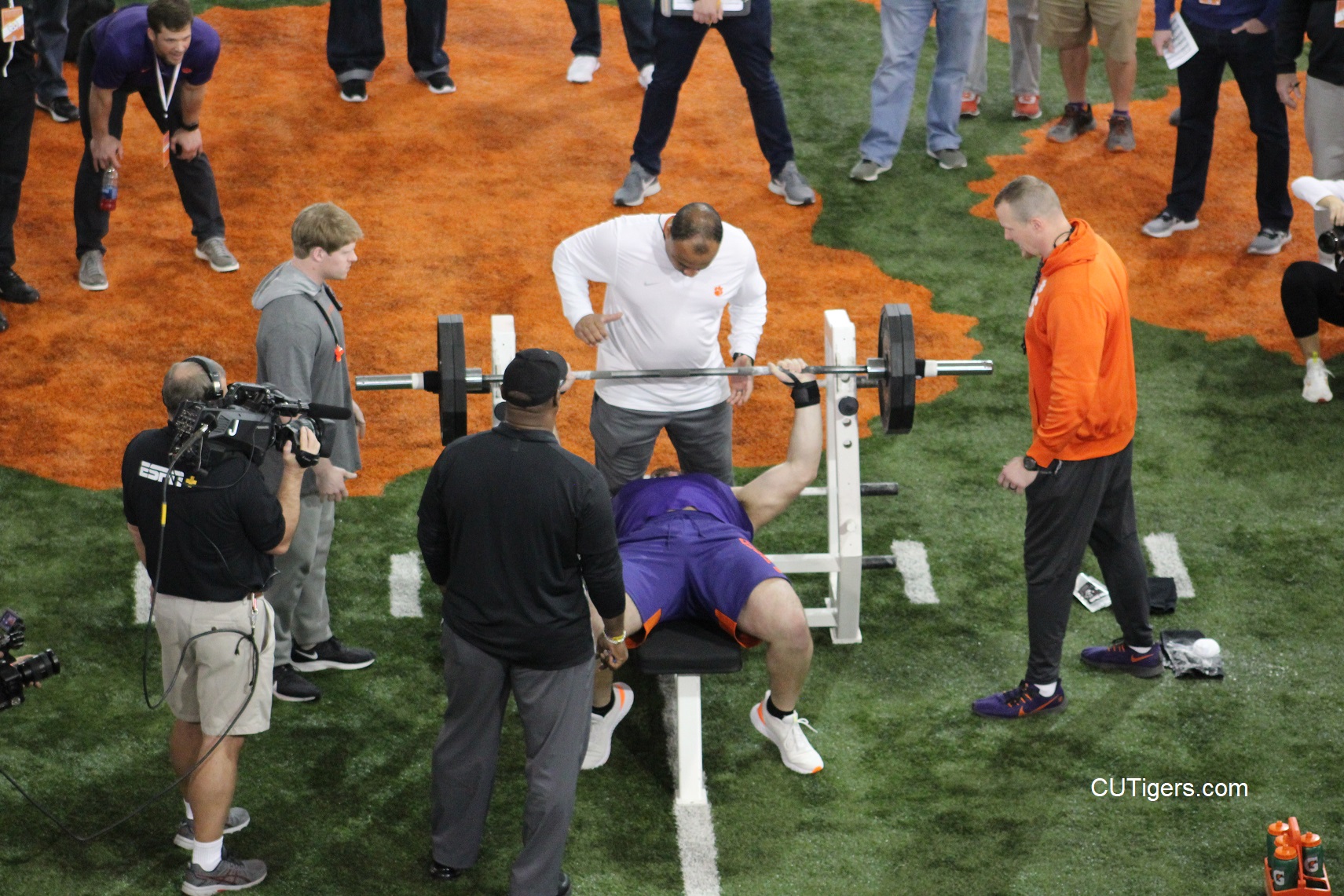 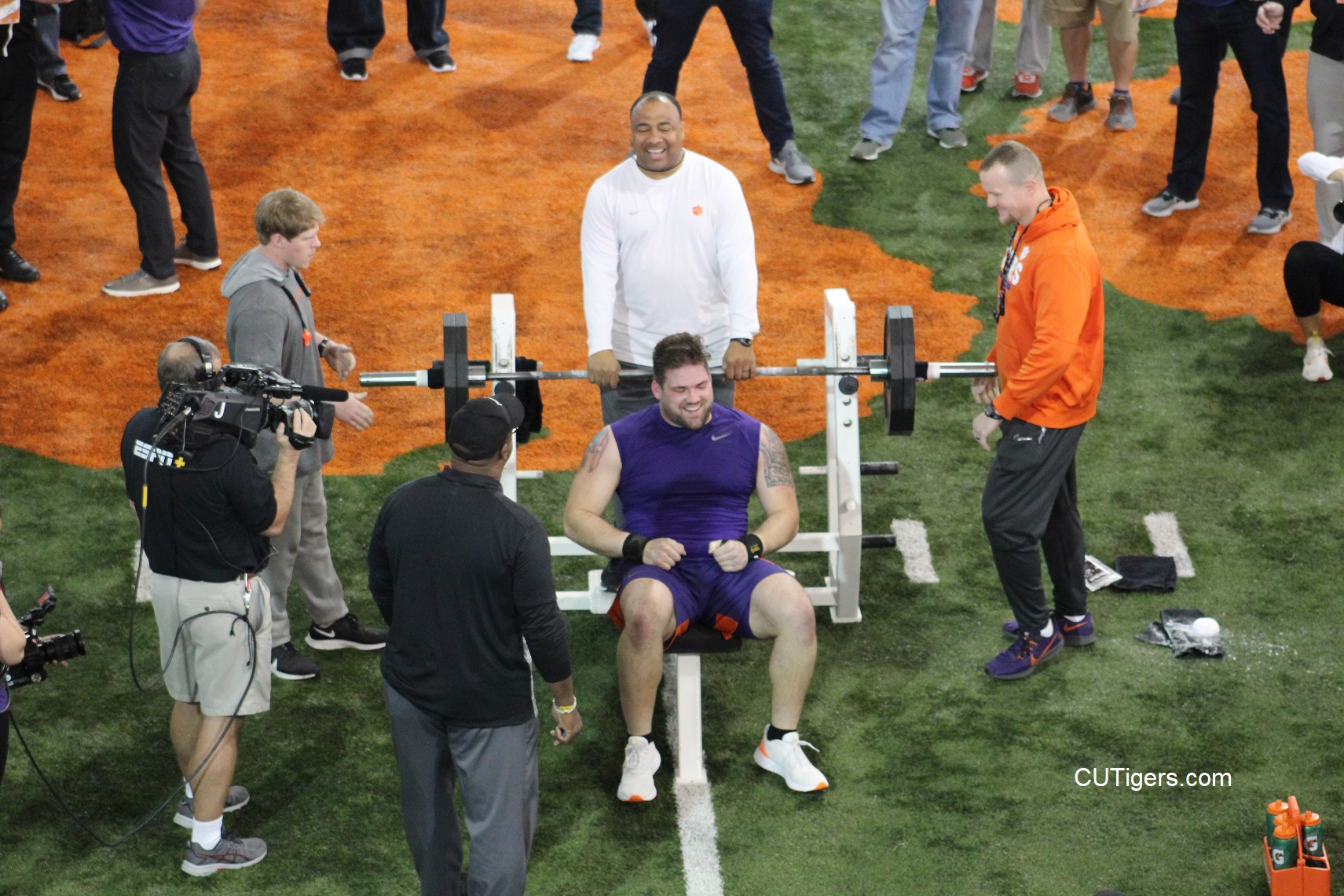 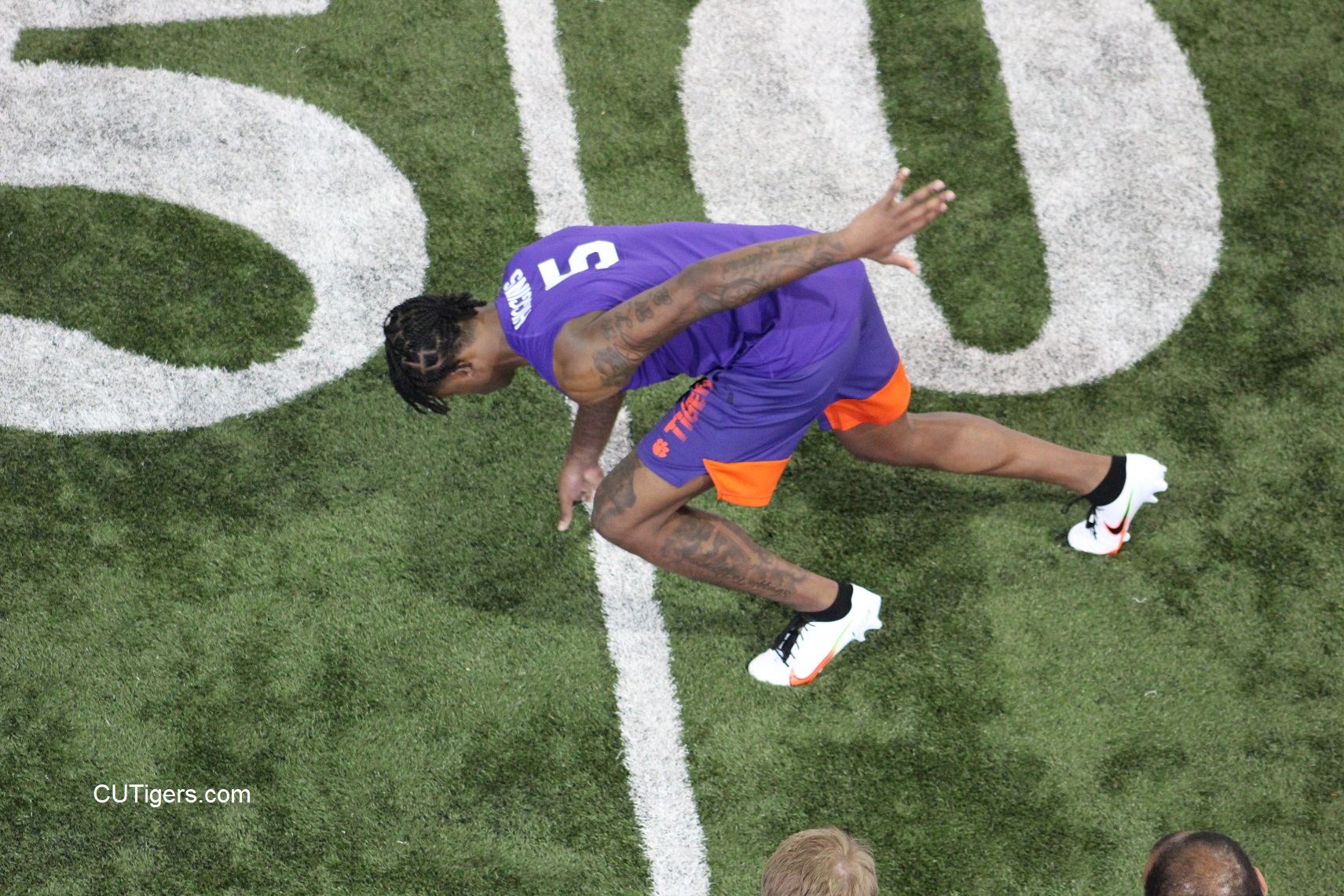 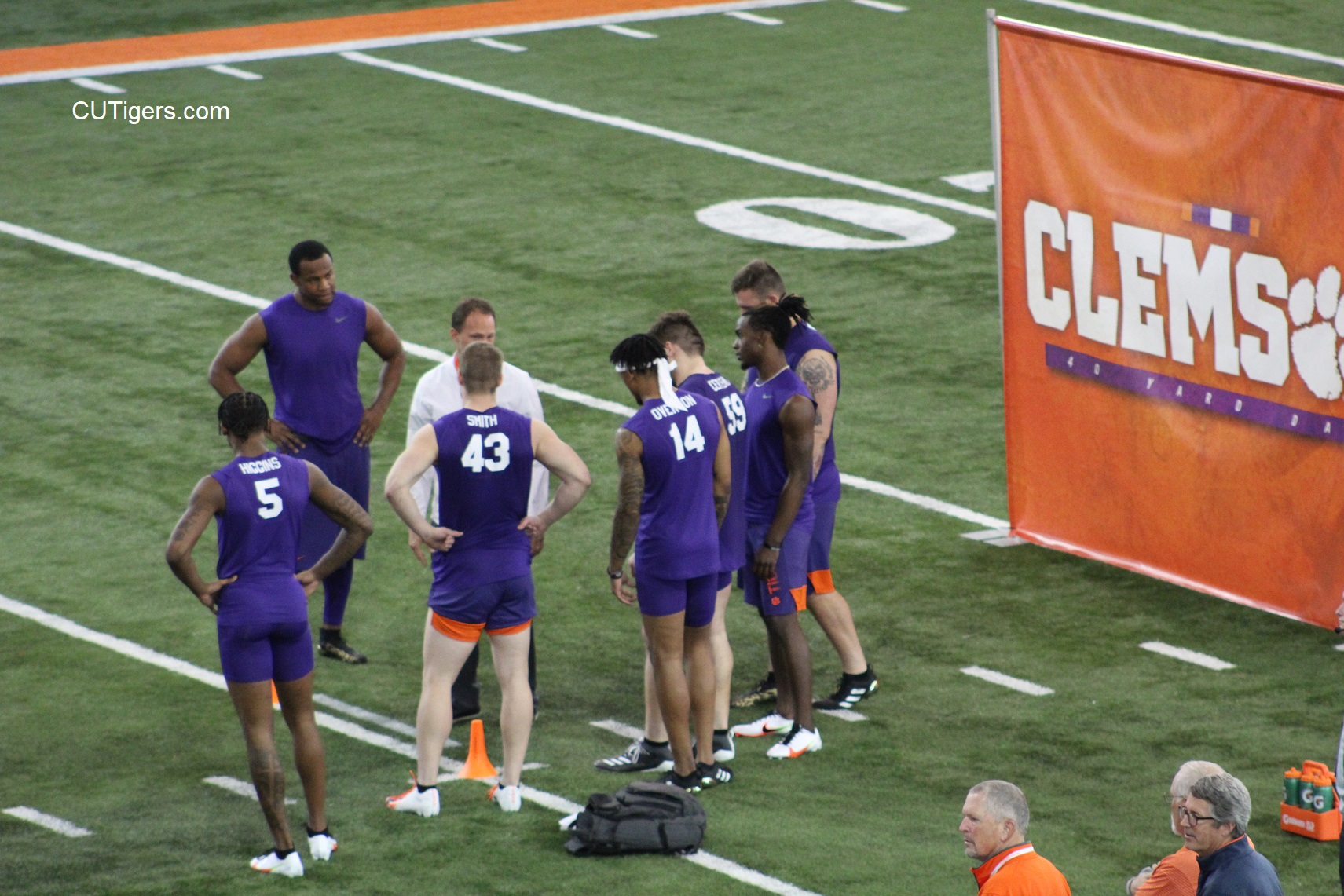 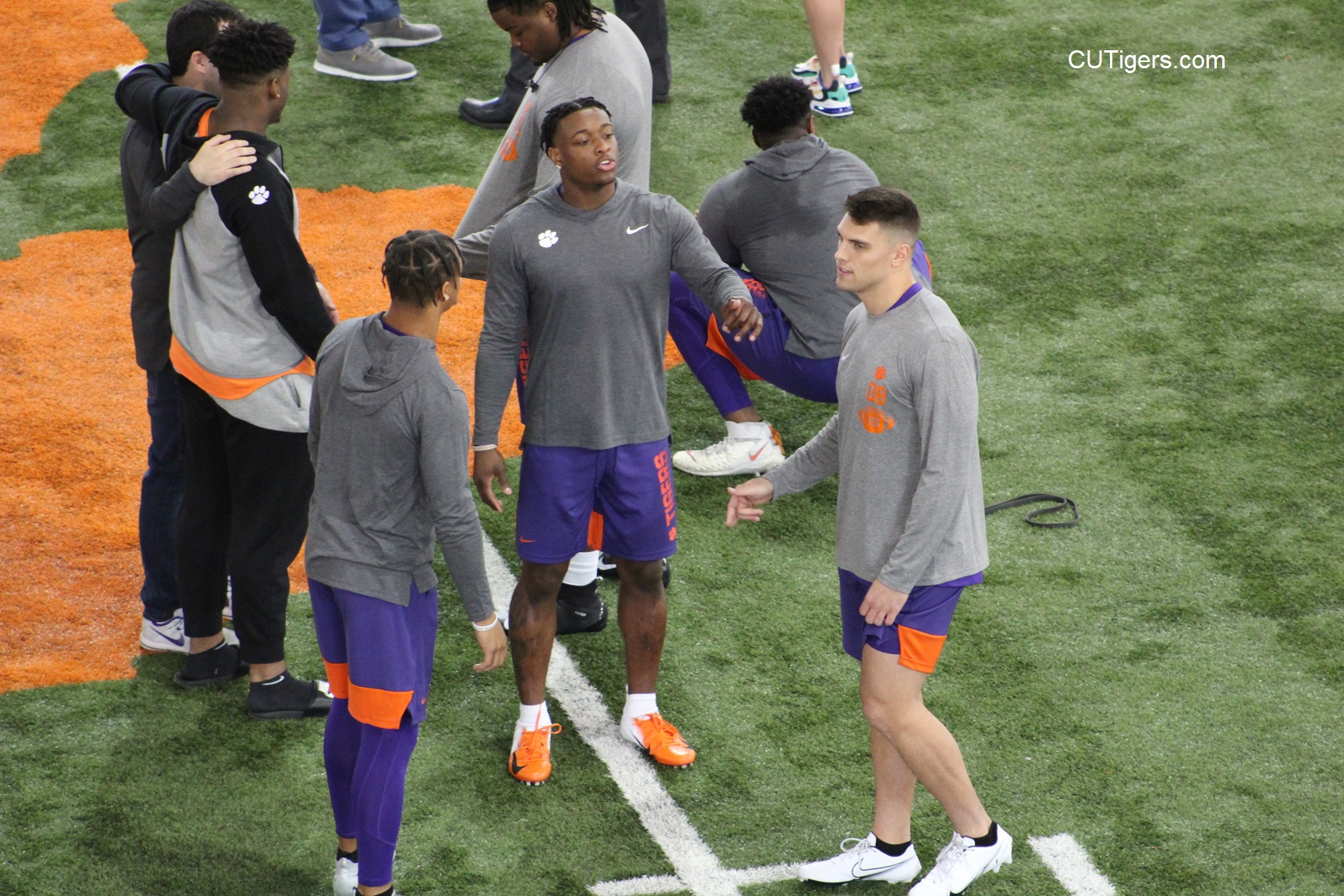 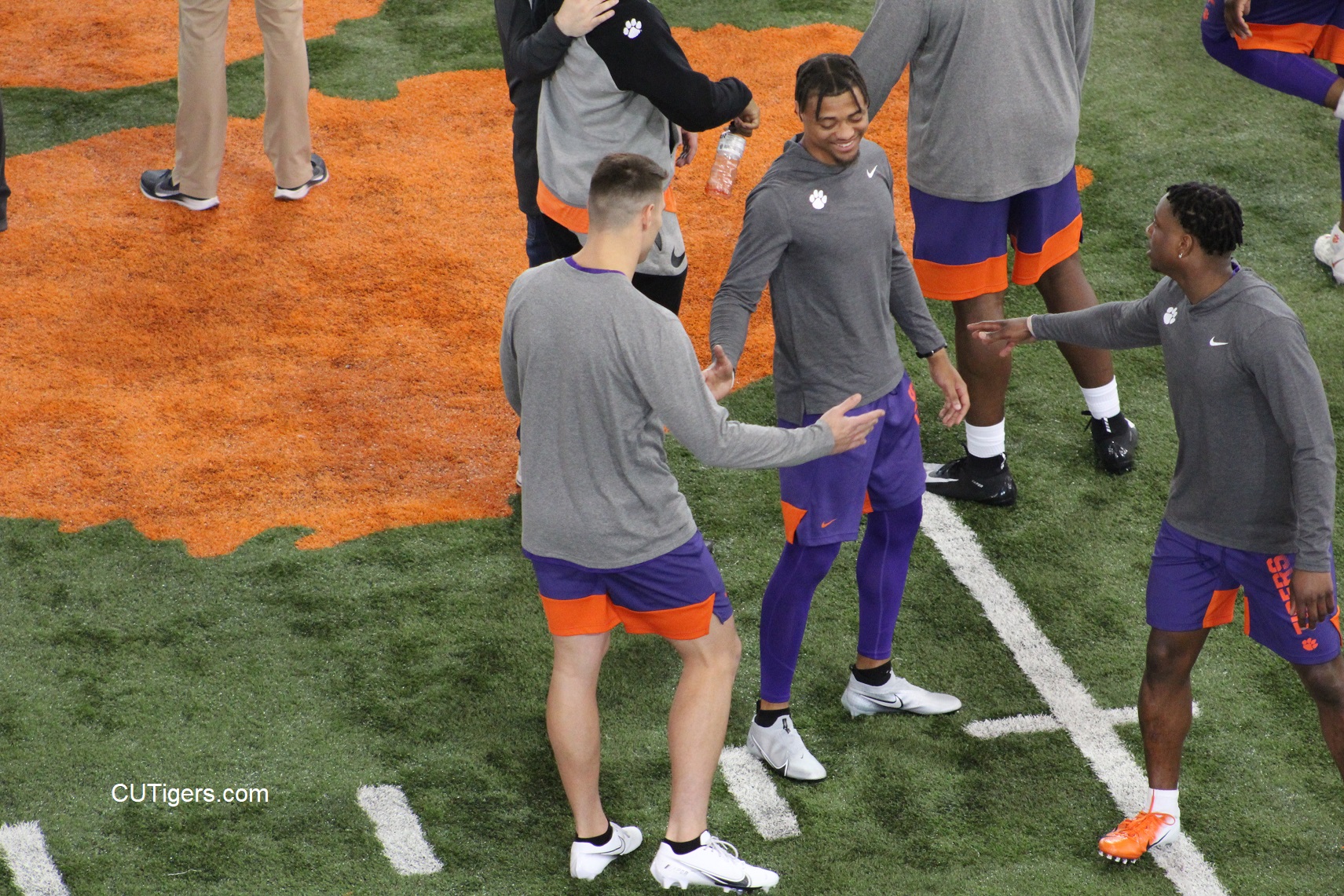 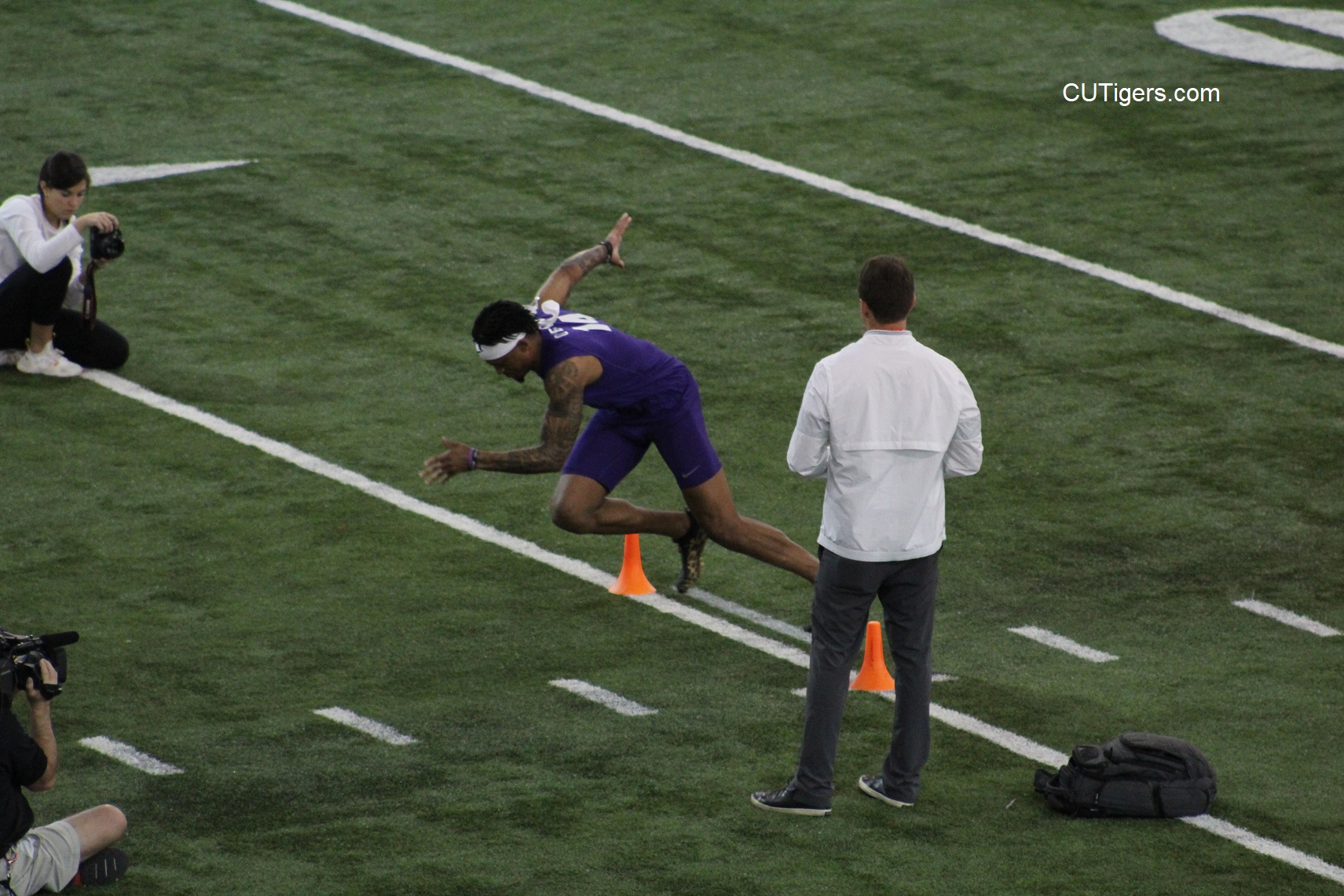 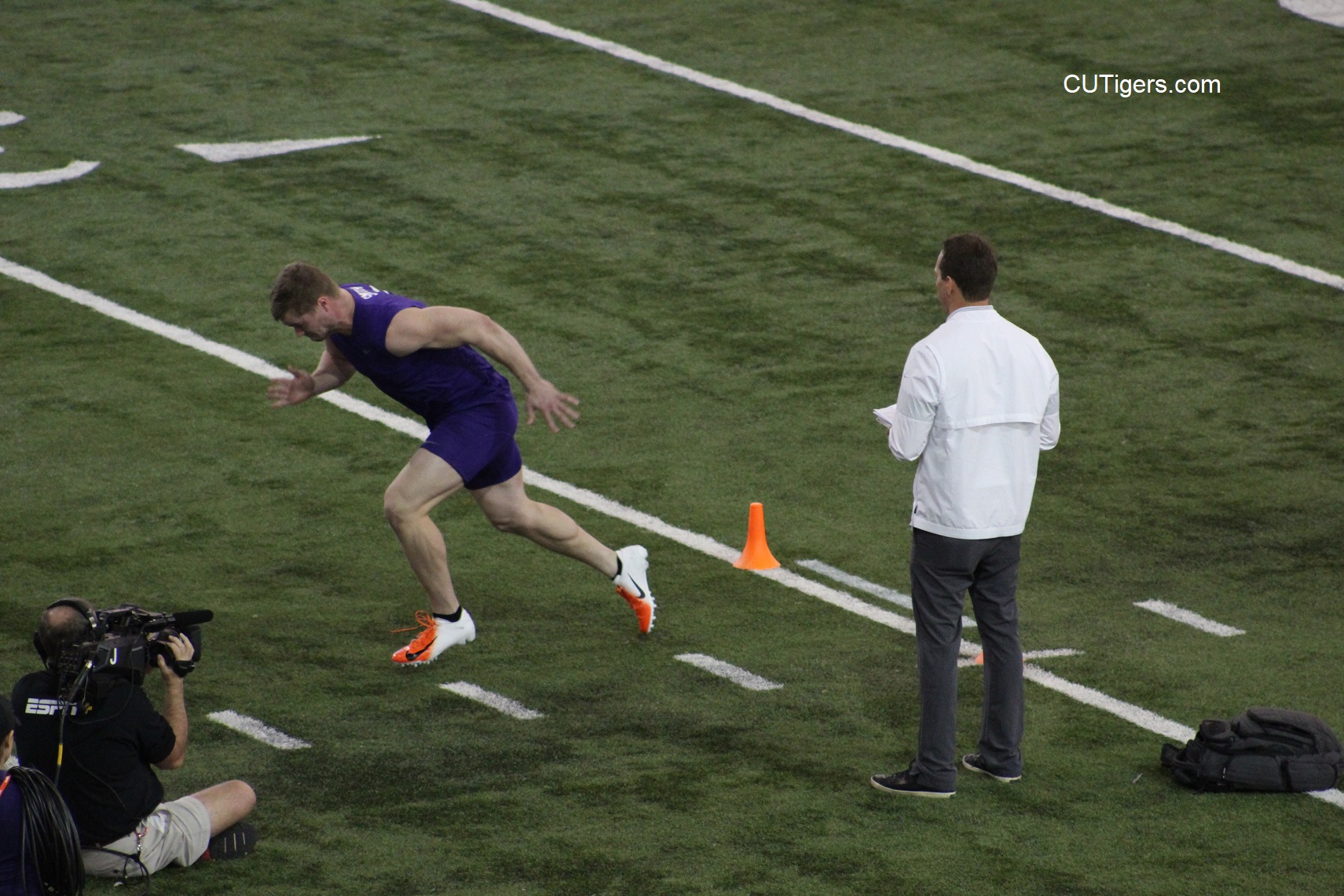 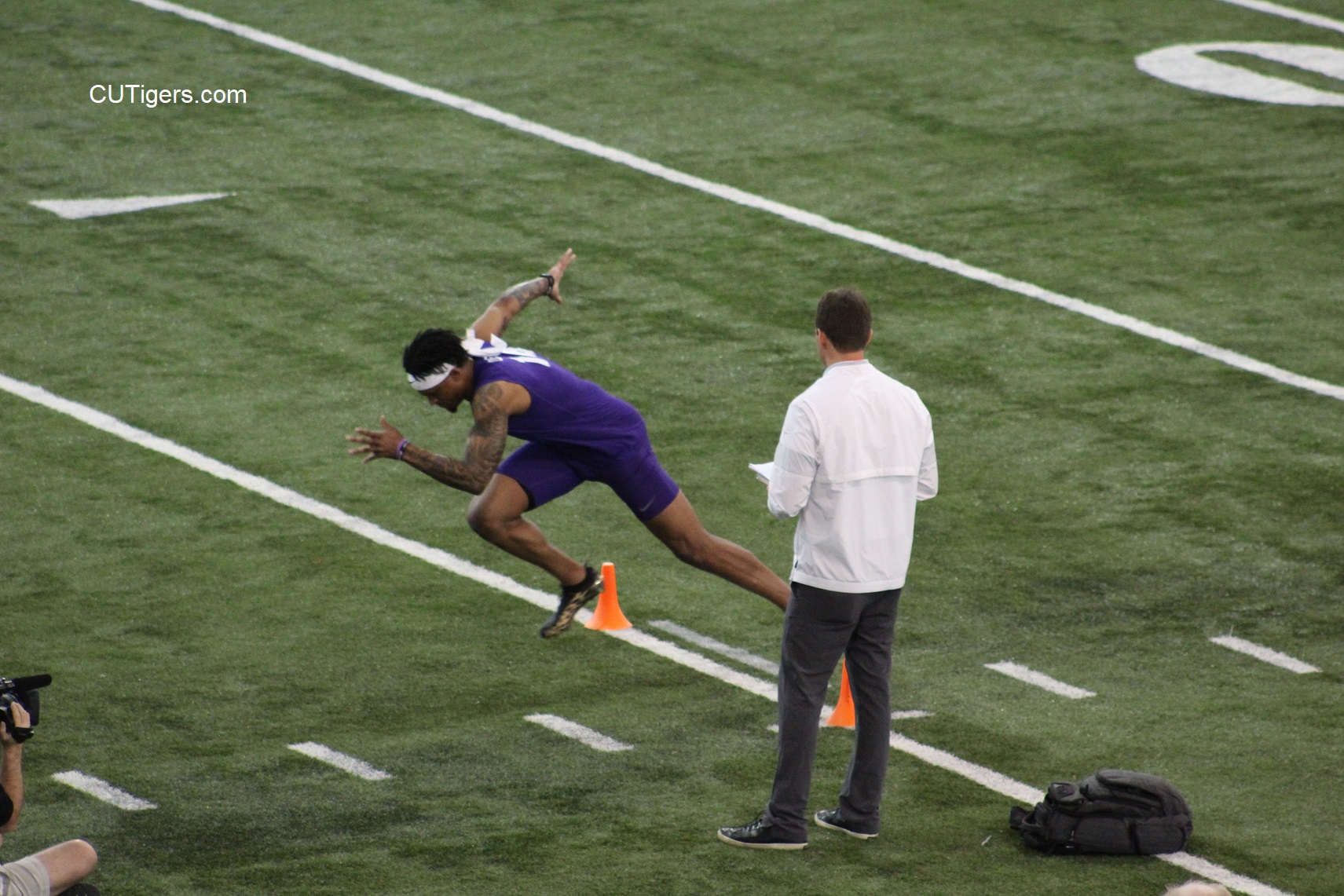 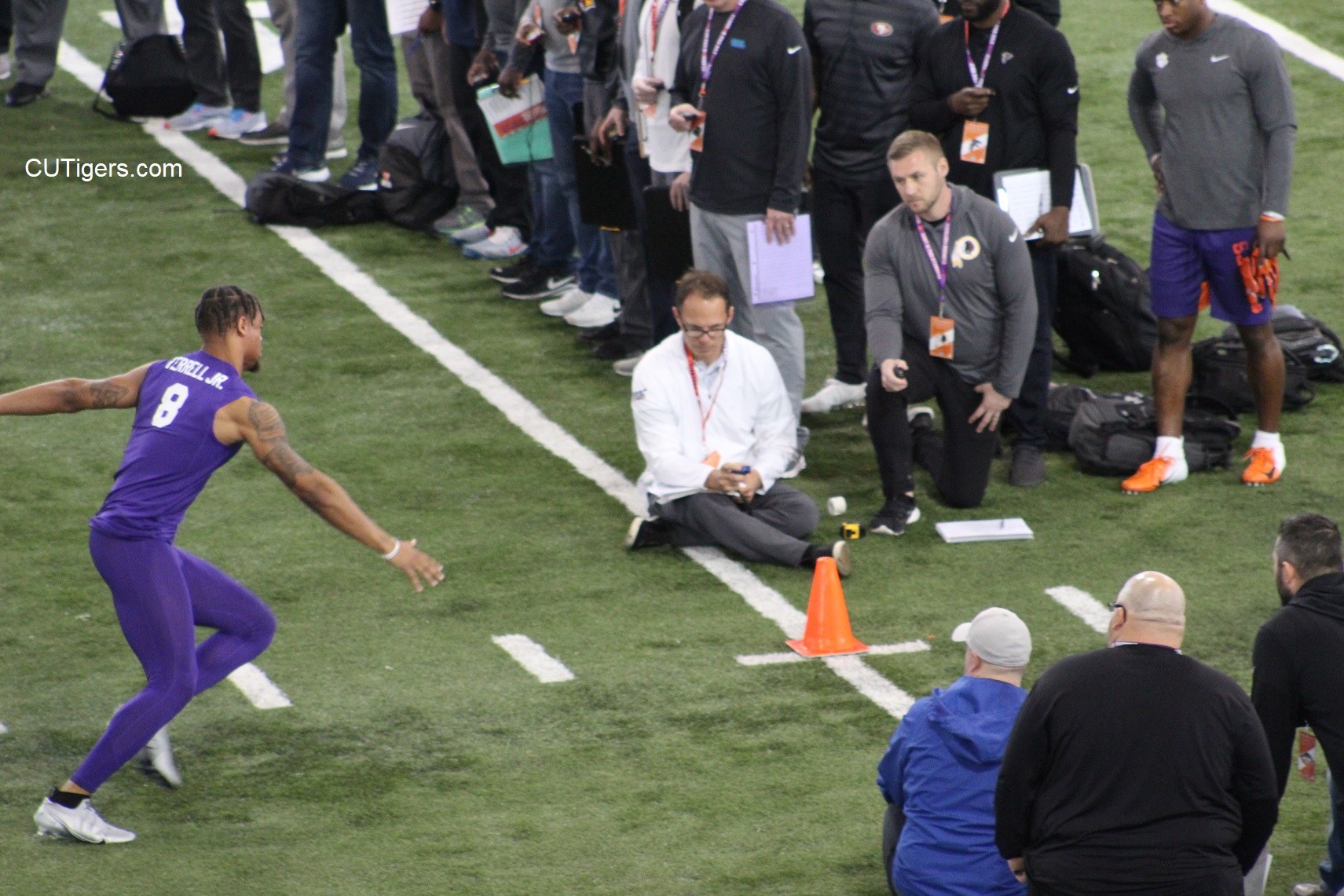 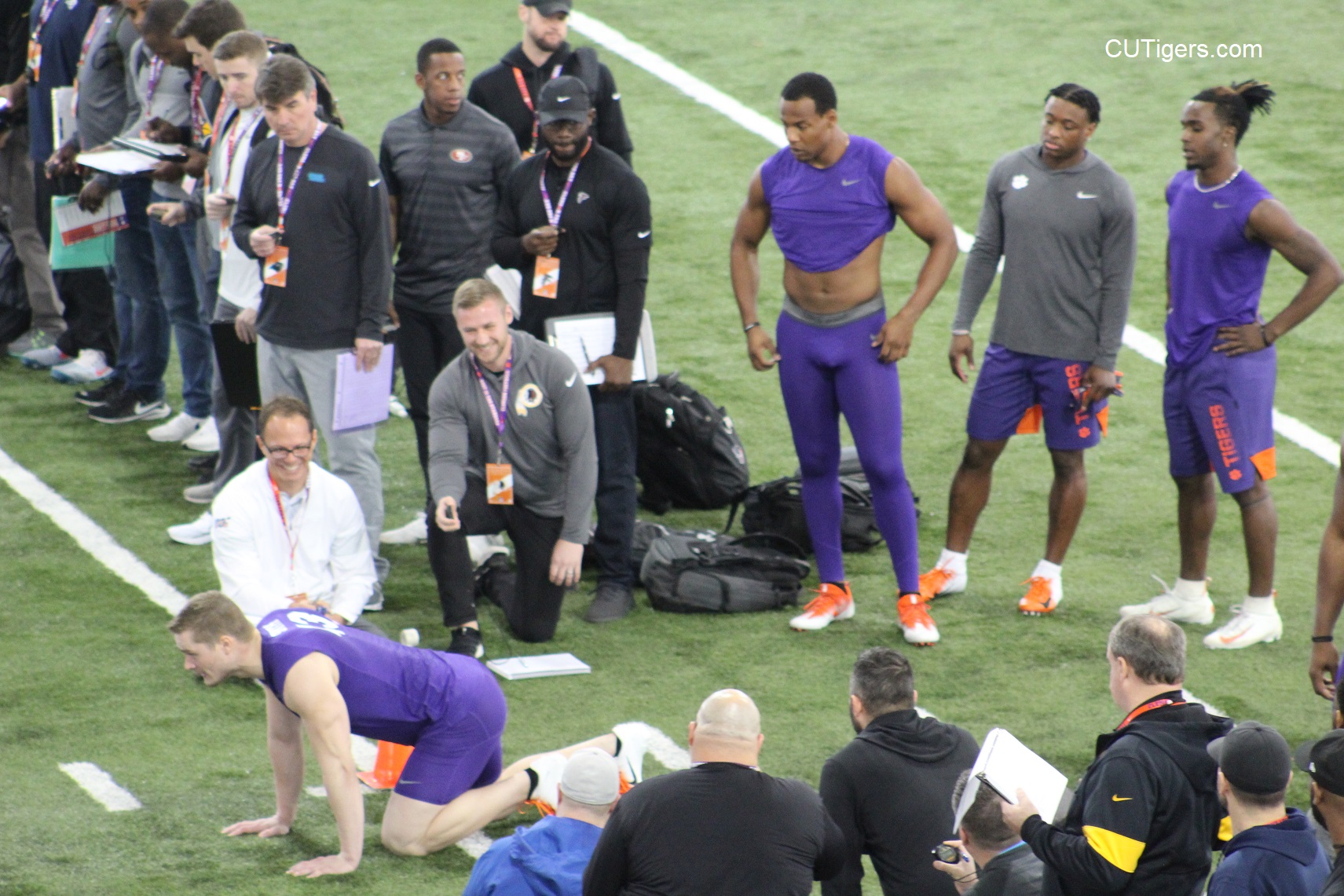 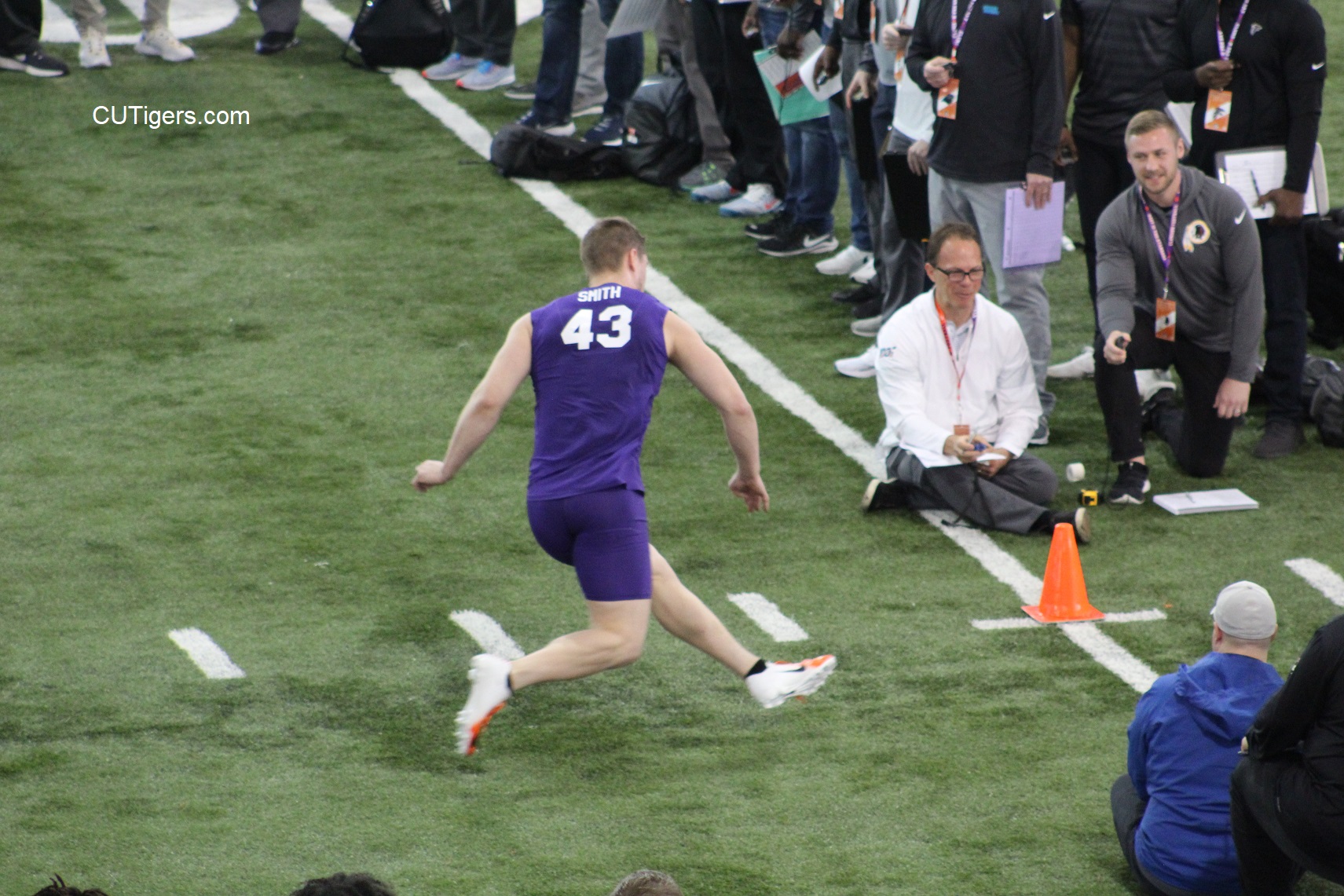 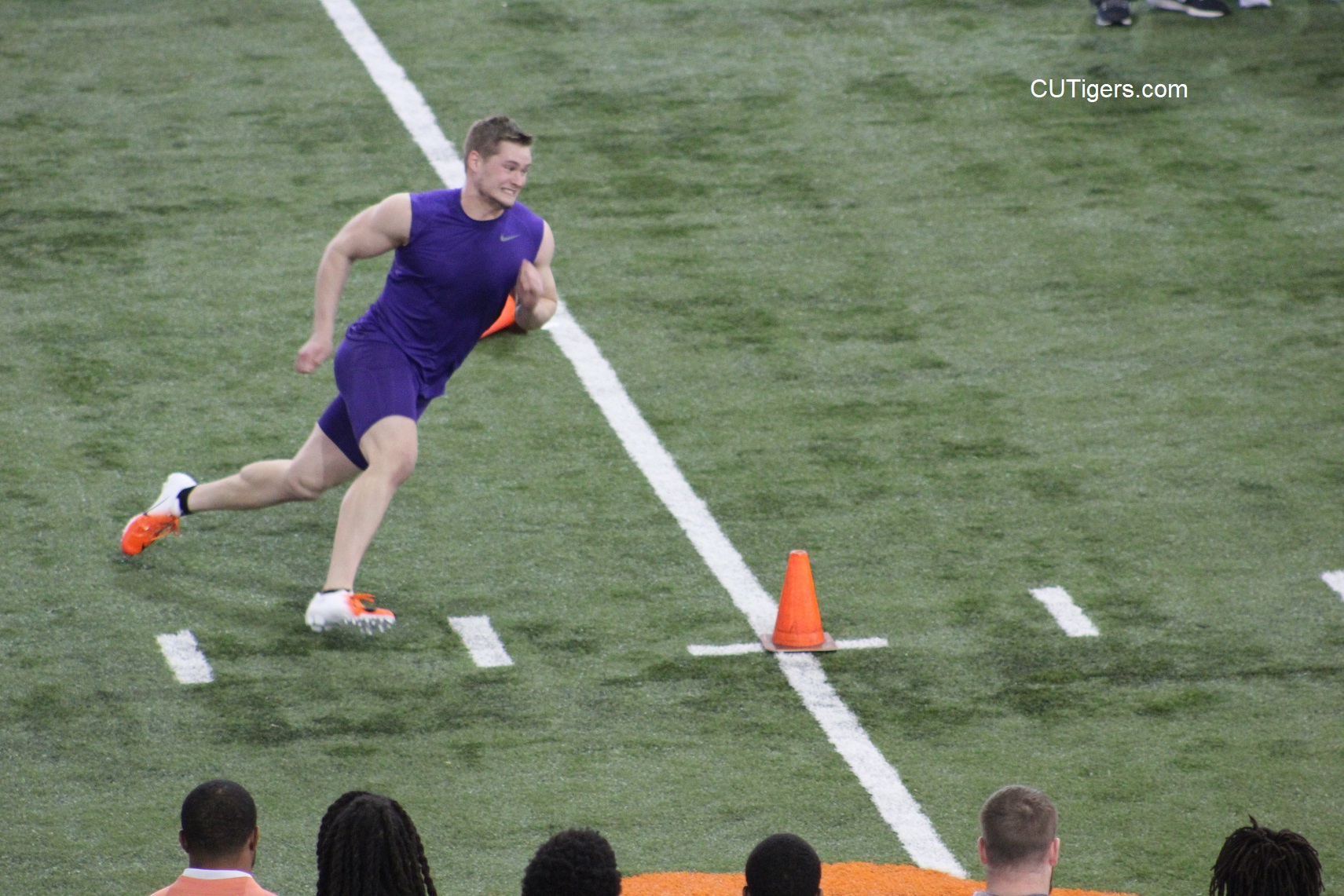 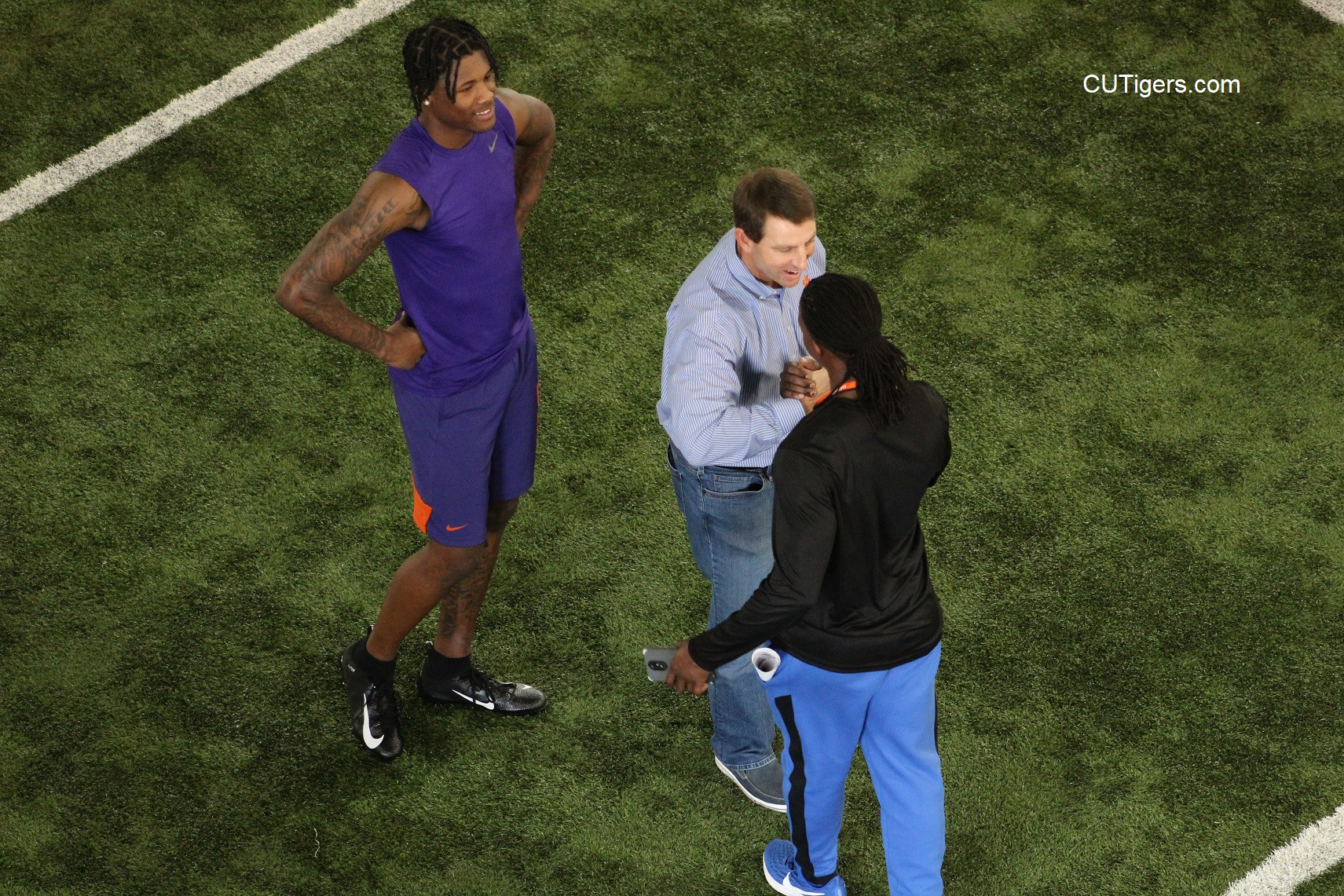 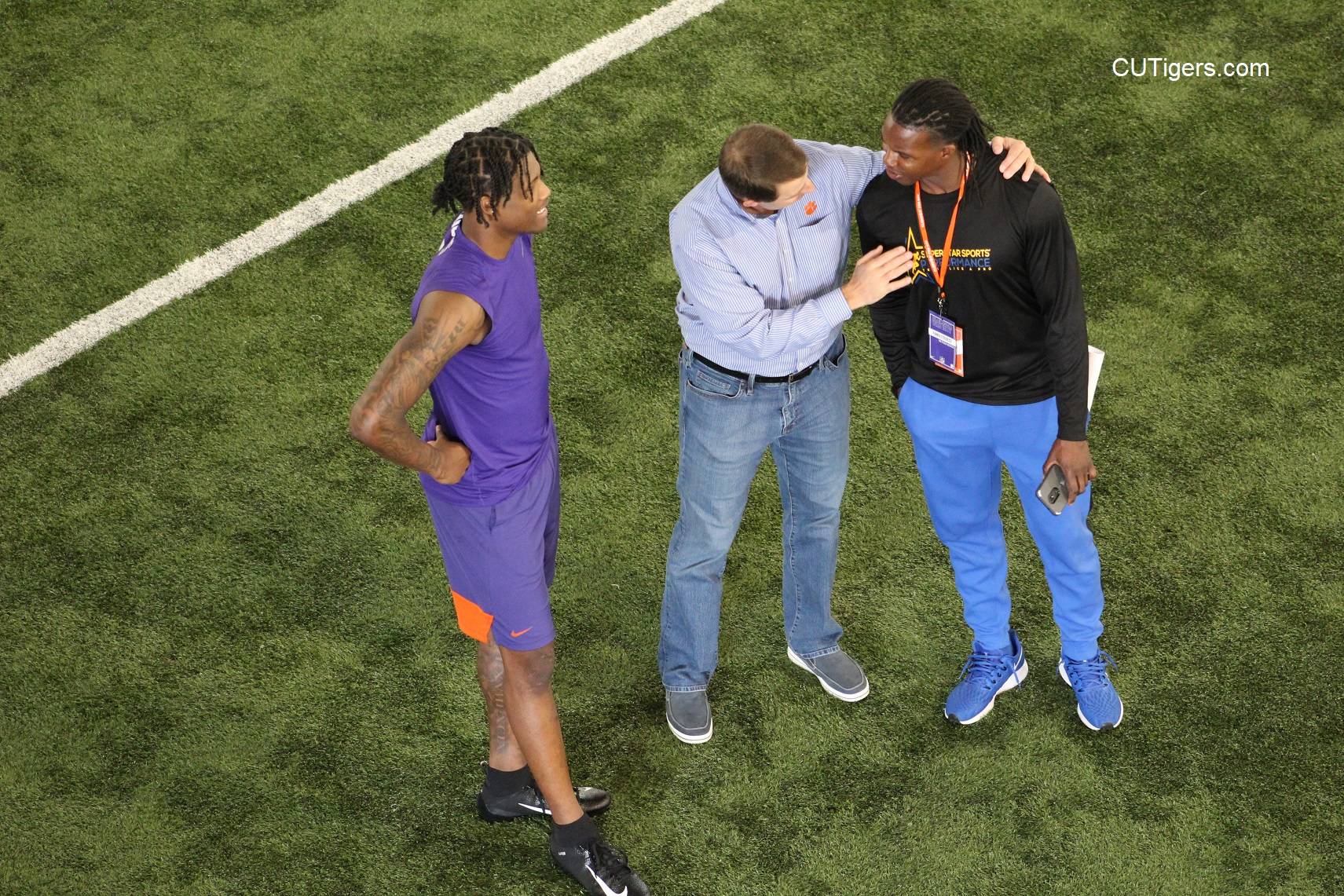