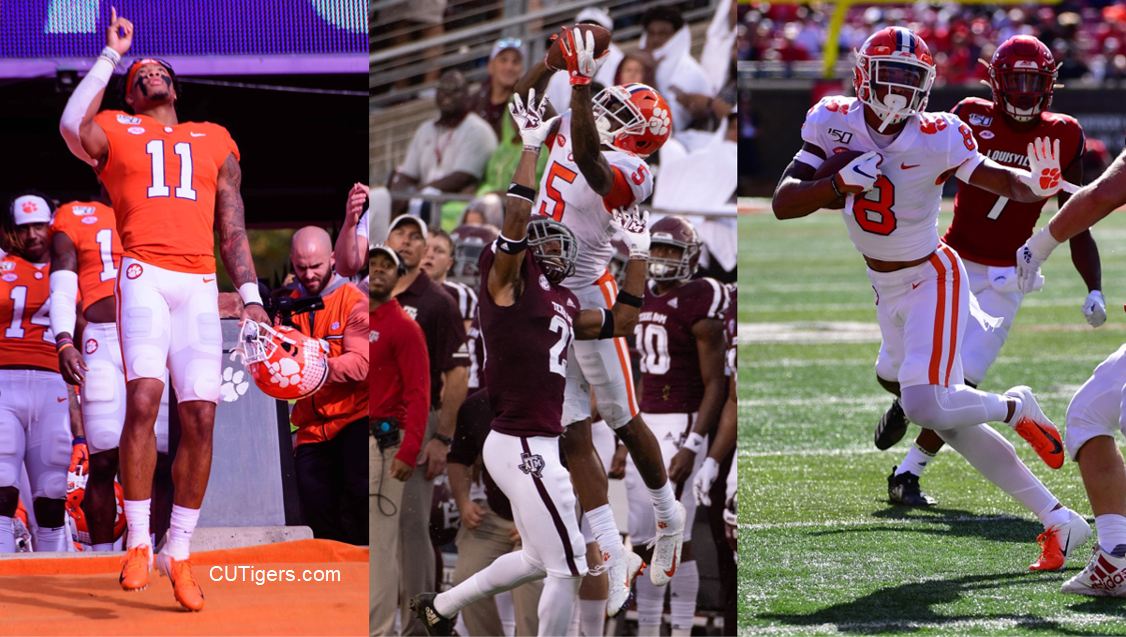 Happy Draft Day! I expect Simmons to land with the Panthers at No.7, but Kiper and McShay have him going No.4 to the Giants, which would be their second straight year picking a Tiger in the first round (Dex Lawrence). If that happens, Simmons would be tied with 3 others for the highest pick in Clemson history (Ferrell, Watkins, Adams). Higgins will likely go late in the first round--probably the 4th receiver taken. Some have Terrell going first round and some have him going second. The Tigers could therefore match last year's total with 3 more first-round picks tonight, which would place them at No.15 all-time, one pick behind UGA, who I'm expecting to have one first-round pick tonight. The Tigers will probably add 3-4 more next year, which would likely bump them up to No.13 behind LSU!
NFL Draft tape for Simmons, Higgins, Terrell and Wallace is below, plus ESPN interviews with Simmons and Higgins. Click the link below for live NFL Draft updates all weekend!
NFL DRAFT UPDATES AND MORE CLEMSON FOOTBALL COVERAGE HERE