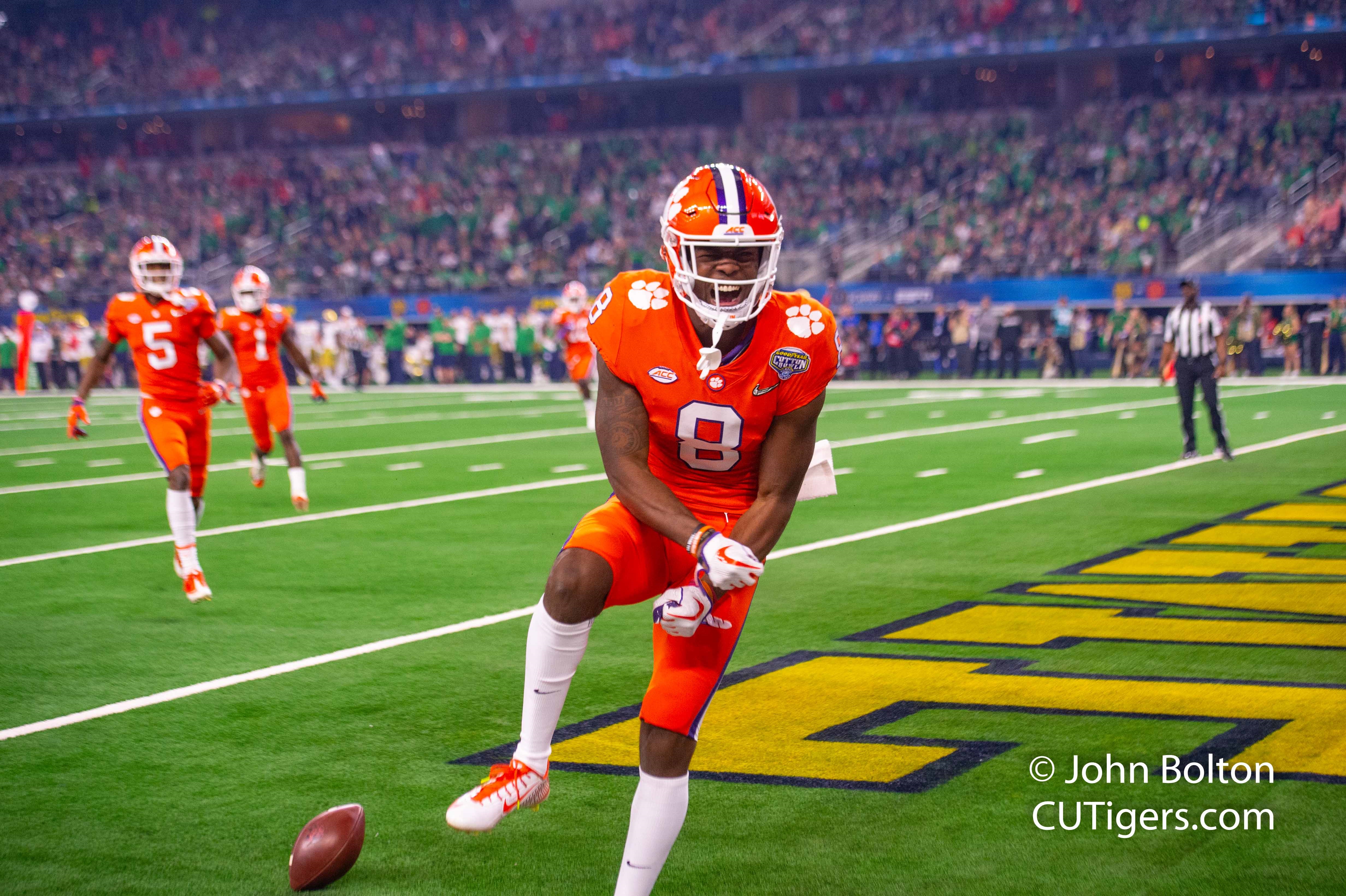 
CLEMSON WR JUSTYN ROSS OUT FOR SEASON; What Does It Portend for Tigers' National Title Hopes?

It's obviously a big loss whenever you lose a player as special as Ross. All you have to do is turn on the tape of the National Championship against Alabama when Ross was a true freshman to realize that. Perhaps his absence won't be felt much until the playoff, but it could make all the difference against Ohio State or Alabama in the CFP, where one or two plays decide outcomes. Look at the Tigers' first National Championship against Alabama after the 2015 season. The Tigers should have won the game even without Mike Williams--the difference was not offense but a couple busted coverages and special teams blunders--but perhaps the Tigers would have won with Mike Williams in the lineup. They were also without freshman Deon Cain in that game.
The Tigers still have a loaded WR corps with Amari Rodgers, Frank Ladson, Joseph Ngata, Cornell Powell and Brannon Spector all returning, plus Ross's former high school teammate, EJ Williams, is a faster version of Ross who impressed Dabo in the spring. Dabo was also effusive in his praise of veteran Cornell Powell, saying he had as good a spring as anyone on the team. I've been waiting for 3 years to hear that! On top of that, you've got tight ends Braden Galloway, Davis Allen and Jaelyn Lay all returning to give Trevor Lawrence plenty of options in the passing game, and having Travis Etienne in the backfield will always make life easier for the receivers. So I wouldn't panic about the loss of Ross, and in my opinion the Tigers should still be No.1 preseason, but we're going to have to wait until next January to see if the Tigers can win a national title without him.
MORE CLEMSON FOOTBALL COVERAGE HERE