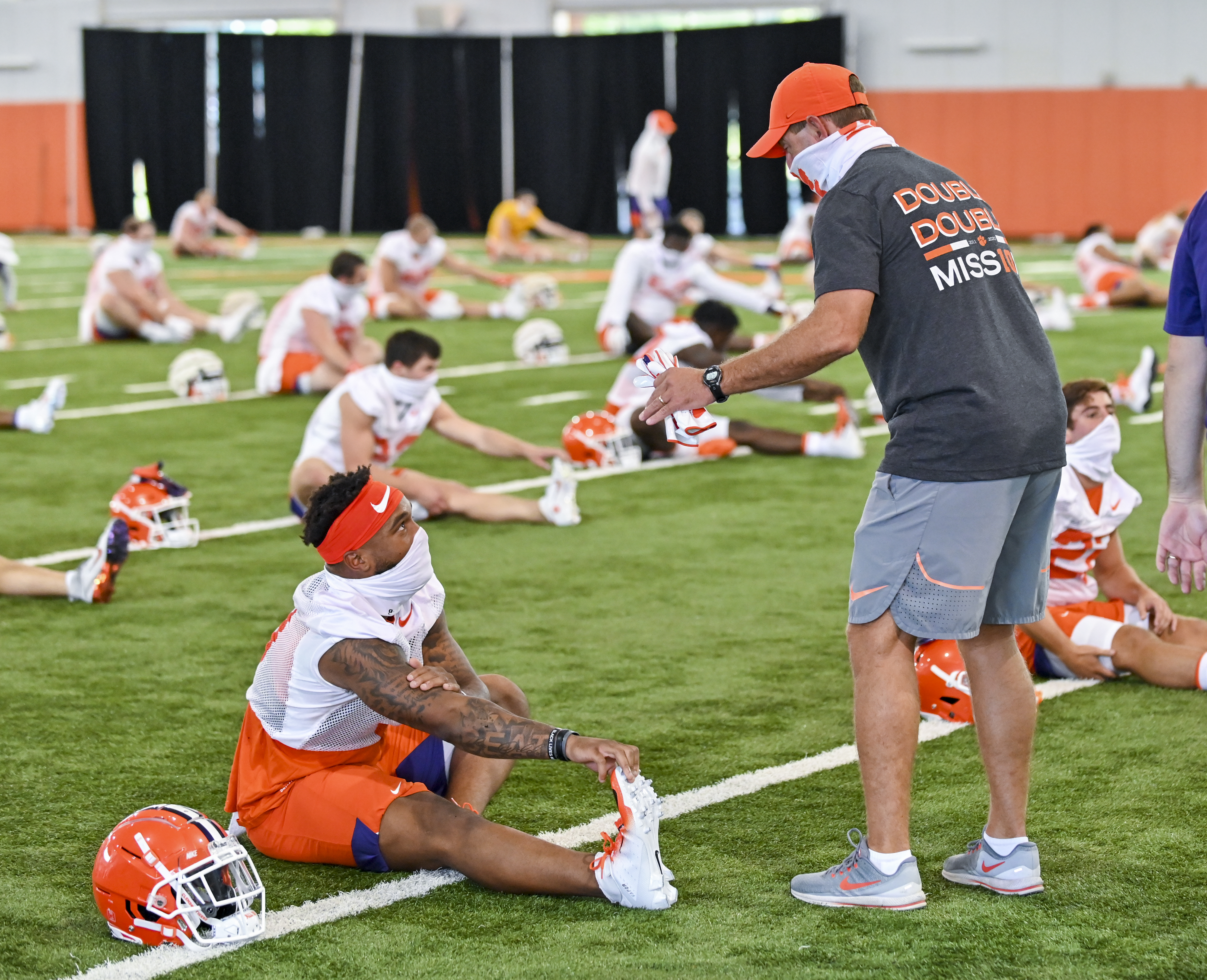 
THE STATE OF COLLEGE FOOTBALL

CLEMSON, SC - 2020 has already been the most bizarre year in the history of sports, and it just keeps getting stranger. Baseball is playing a 60-game schedule for the first time ever, with 7-inning doubleheaders. The MLB, NBA and NHL are all playing games with no fans in the stands. And with less than a month before the scheduled start of the season, the country seems as divided on whether there should be fall college football as it is politically, and even the power brokers of the sport are divided on that issue. In what nearly everyone agrees was a confoundingly premature decision, the Big Ten announced on Tuesday that it would postpone college football until at least the spring, and the Pac 12 sheepishly followed their lead with a similar announcement. This came less than a week after releasing a revised schedule for the league's fall football season. Fortunately, cooler heads prevailed in the ACC, SEC and Big 12, all of which made statements that they will patiently wait until more information is available and a decision is absolutely necessary.
On Monday, a strong, unified movement by the players and even some of the more prominent college coaches gained a lot of steam, as they pleaded for a fall season. President Trump even took notice and pinned Trevor Lawrence's tweet to the top of his own Presidential Twitter account along with an exhortation for college football to be played. After practice on Monday evening, Dabo, Trevor Lawrence and Darien Rencher expressed why they believe college football should be played this fall. They argued that they are all safer playing football than the rest of society is, and they have medical testing to back it up. The full interview is below.
The vast majority of college football players want to play this fall, and they should have the right to make that decision for themselves without a bunch of suits making the decision based on politics and optics. If professional baseball, basketball and hockey players are allowed to play, why should college football be any different? Would college football players be putting themselves at risk? Of course, but they have always done that. They are at risk every season of severe injuries, life-long symptoms, paralysis, concussions, CTE and even death, as with the Maryland football player last year. All of these probably have more deleterious long-term effects than the Coronavirus, but has any of that caused us to banish college football? No. At the end of the day, the virus is just another risk that the players face, but it is also a risk all of us face in our daily lives. It may have shut down life as we know it for a while, but now businesses and schools are re-opening, and it's time for college sports to do the same. The bottom line is that these athletes have worked their entire lives for this short window of opportunity, and they deserve the right to decide for themselves whether to undertake the risk of playing this fall, as they have every other year. There is far too much at stake--billions of dollars, the enjoyment of millions, university budgets, entire athletic departments, countless student-athletes' careers, scholarships and educations--to not even try to play this fall. If it isn't working and there are outbreaks, then cancel the season at that time. Don't take the cowardly way out like the Big Ten and Pac 12; just assume it isn't going to work based on guess work and fear of the unknown. After all, the only thing we have to fear is fear itself!
Click on the link below for the latest developments in this fluid situation, as well as news, practice photos and coverage of all things Clemson!
MORE CLEMSON FOOTBALL COVERAGE HERE