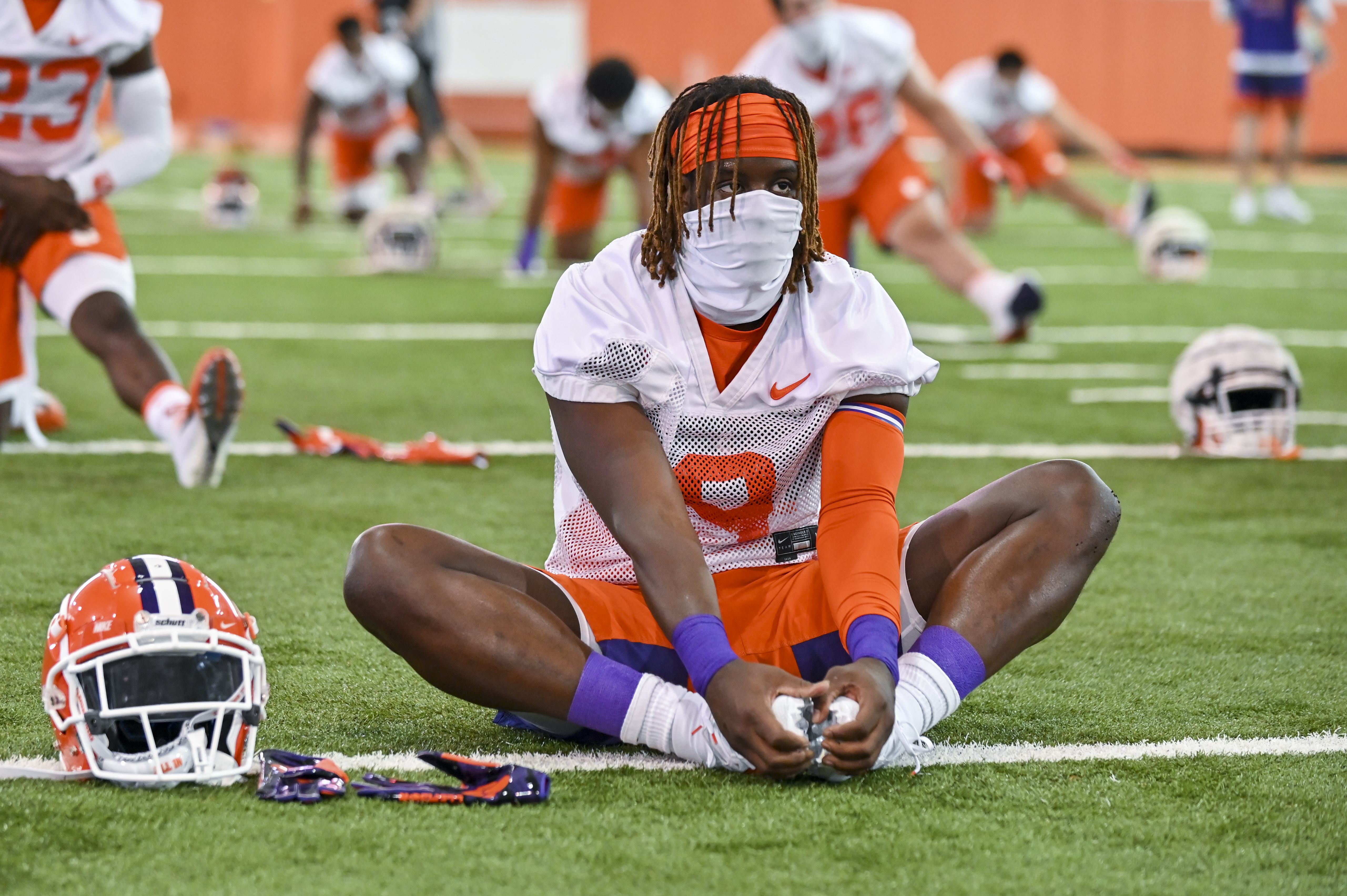 CLEMSON, SC - We just wrapped up interviews with Travis Etienne and Jordan McFadden after their second day in full pads. There has been some criticism at FSU and Syracuse from players about the way those programs have handled testing, so I asked Travis if he feels safer inside the controlled environment of Clemson Football than he would be if there were no football like the Big Ten and Pac-12. He reiterated what Dabo, Trevor and other players have said about the protocols they have in place and the fact that they are very safe. He even went on to say that he felt like they would have the self-discipline to still be safe even outside the bubble of Clemson Football, but we have seen how that has not been the case with other athletes around the country. I also asked Travis about freshman running backs Demarkcus Bowman and Kobe Pace, and he had very good things to say about both.
Jordan McFadden also mentioned Kobe Pace as someone who stood out to him. McFadden is tabbed as starting right tackle, opposite Jackson Carman, and the coaches are very excited about his potential. He told me that despite losing 4 of last year's 5 starting offensive linemen, he feels very good about the chemistry among this year's group. I asked him about freshman defensive end Myles Murphy, and he seemed very impressed with him. In fact, he said Murphy stood out to him even back in the spring. McFadden was also complimentary of freshmen OL's Walker Parks and Mitchell Mayes, saying they look great from a physical standpoint.
The full interviews are below, and click the link below for photos and more!
MORE CLEMSON FOOTBALL COVERAGE HERE